Anatomy of a Breakthrough

How Winrock scientists pinpointed a source of carbon emissions greater than global aviation.

When viewed from above, deforestation is a brown gash in a green world, vivid proof that what once was verdant has succumbed to the axe or the bulldozer. Forest degradation — the loss of trees from logging, fires or harvesting firewood — is much more difficult to detect, even by remote sensing satellites. For that reason, there’s been no clear, concise measurement of the carbon emissions that result from forest degradation. Until now, that is.

Scientists from Winrock International’s Ecosystem Services Unit have just published the first consistent and complete analysis of emissions from forest degradation across the tropics. They have come up with a number that’s much larger than expected. 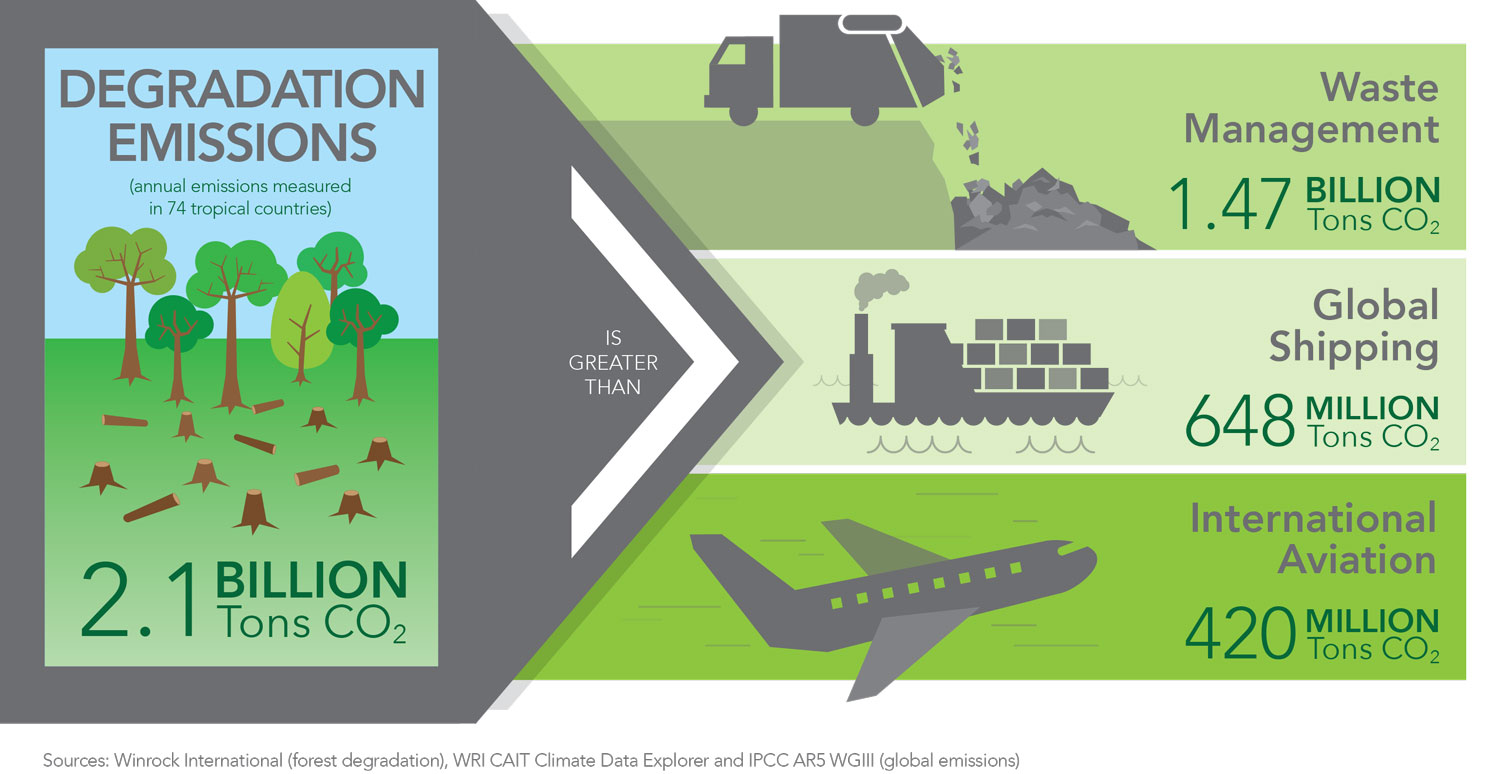 The new study shows that in 74 tropical countries, 2.1 billion tons of carbon are released into the atmosphere each year through forest degradation. “That number is bigger than the total emissions from any one country in the world except China, the U.S. and India,” says Ecosystem Services Director Tim Pearson, lead author of the study. “That number is also massively bigger than the 420 million tons of emissions that come from international aviation every year, which everyone thinks is really big. But degradation is much bigger.”

The scientific world is taking note. The environmental outlet Mongabay featured these findings on its site, and the SDG Knowledge Hub highlighted them in a guest blog post by Winrock President and CEO Rodney Ferguson. The research has appeared in other media outlets as well since its original publication in the journal Carbon Balance and Measurement in February. (The article is open access and available here.)

Forest degradation is of special concern to Winrock because of the organization’s mission to empower the disadvantaged, increase economic opportunity and sustain natural resources around the world. Many of the world’s poorest and most vulnerable people live in or near forests, and forest degradation occurs where people directly interact with forests for their resources, lives and livelihoods. That’s where knowledge and planning come in, the sort of knowledge and planning this new study helps make possible. If we better understand how forests are being degraded, Pearson says, we can intervene in ways that are good for the environment as well as those who depend upon it.

This degradation study is just the most recent coup for Winrock International’s Ecosystem Services team, which for almost two decades has been developing tools that promote sustainable approaches to natural resource management. A pioneer in REDD+ (Reducing Emissions from Deforestation and Degradation), the Ecosystem Services unit has helped many nations realize the economic benefits to be had from conservation, and has catapulted Guyana, Chile and other countries into leadership positions in carbon emission measurement. Since conducting the tropical degradation research, Winrock scientists have been working to measure degradation in developed countries, as well, where forest fires are a significant cause of emissions. 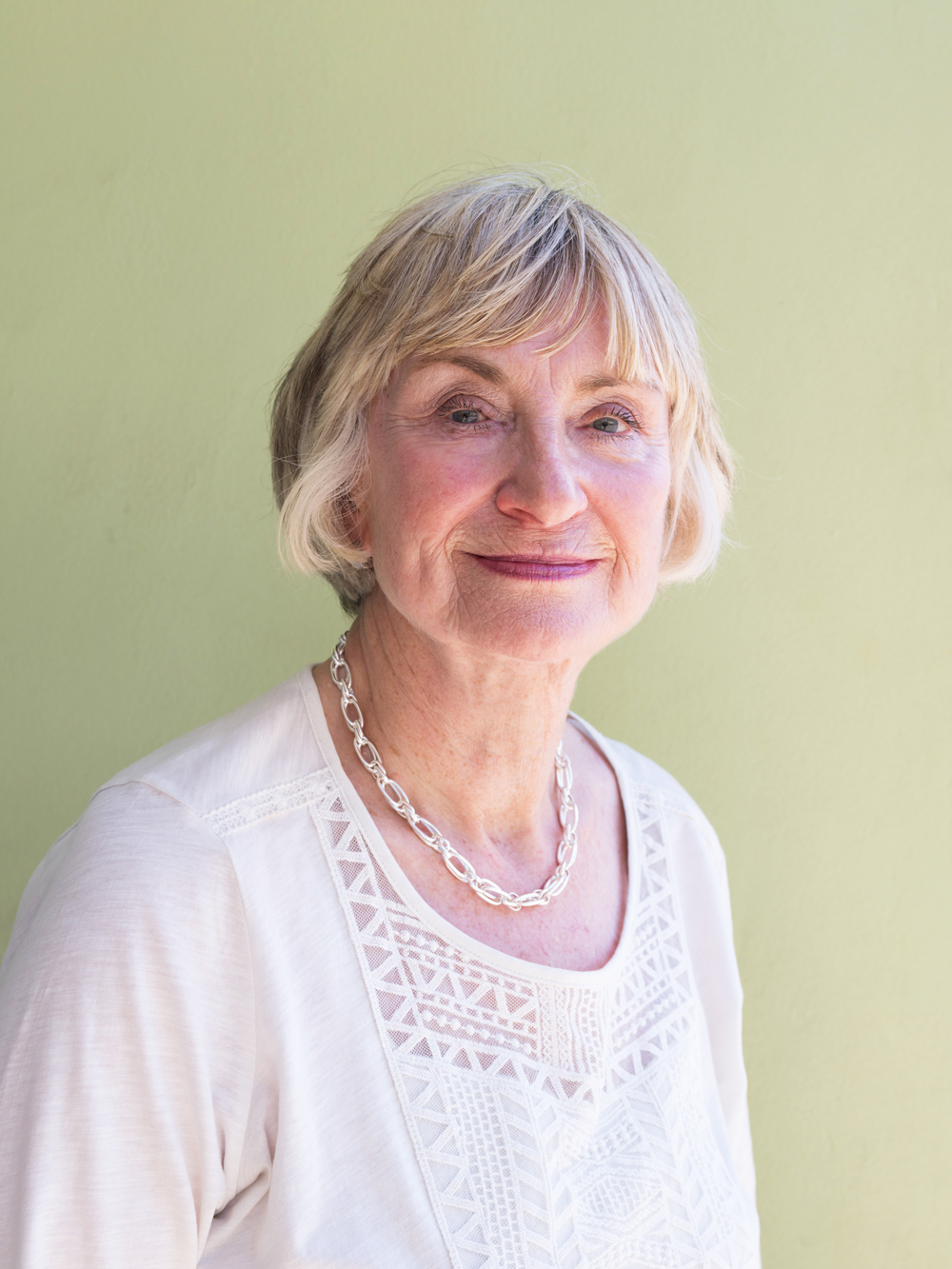 The degradation study also represents some of the last completed work by senior scientist Dr. Sandra Brown, former Ecosystem Services director and lead author on five Intergovernmental Panel on Climate Change Reports, for which she was recognized when the IPCC won the Nobel Peace Prize in 2007. “Forest degradation has been a critical yet unknown element of the global carbon cycle,” she said upon completion of the assessment, which was published only days after her death. “This study for the first time puts a number to the emissions.”

The Ecosystem Services team took enormous heart from Brown — who was not afraid to take controversial positions and always had the science to back them up — and they’re keeping her in mind now as they move forward without her.

“Sandra always used to say that we can’t put a fence around forests,” Pearson says. “Doing that would be good for greenhouse gas emissions, but it’s not realistic. We need to work out how forests can be used to benefit those who count on them for their livelihoods — but do no lasting damage to the rest of the planet.”