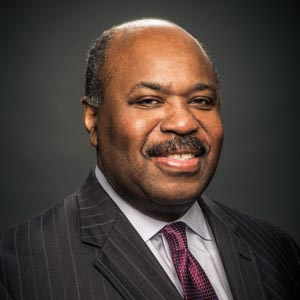 Winrock Board Chair Jude Kearney is the managing partner of the Washington, DC, office of Asafo & Co. Kearney focuses his practice on corporate transactions, with an emphasis on international project finance. He handles various matters involving energy development, mergers and acquisitions, complex litigation and corporate matters, and has specific experience in international markets, including Africa, Eastern Europe and Asia. Kearney works with major U.S. and foreign clients in the areas of energy, telecommunications, infrastructure projects and financial services, providing counsel on the structure and terms of his clients’ commercial relationships as they relate to project developments in foreign markets. Kearney is a former United States Deputy Assistant Secretary of Commerce for Services Industries and Trade Finance, appointed by President Bill Clinton, and was chief advisor on African policies. He has participated in various trade and bilateral negotiations, including in regard to the General Agreement on Tariffs and Trade (GATT), the North American Free Trade Agreement (NAFTA), and market access negotiations with Japan and China. He earned his Juris Doctor from the Stanford School of Law, where he was a member of the Stanford International Law Journal, and earned his Applied Baccalaureate from Harvard University in 1980. In 1980, Kearney was awarded the Michael C. Rockefeller TravelFellowship, allowing him to spend a year in Nigeria prior to entering law school. Kearney is a native of Arkansas.