The tension between environmental and economic priorities has existed since the very first environmental concern was raised, and is one of the key issues at the heart of international and domestic climate policy. 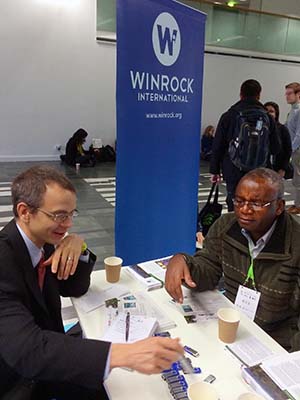 Reducing emissions and adapting to inevitable climate change has global and local benefits, but will also take time and cost significant amounts of money. The cost for Africa to adapt to a global warming of 2°C is estimated to be $5-10 billion per year. If this 2°C target is not met — and current emission reduction pledges fall short of this target — the cost will be much higher. The cost of halving deforestation globally has been estimated to be between $15 and 35 billion per year, and this is considered one of the more cost-effective sectors.

What are the costs and benefits to decarbonize an economy? How much should industrialized countries pay for other countries to develop more sustainably? How should money be raised and disbursed? How is the private sector engaged? These questions and more have been embedded in U.N. climate negotiations for over 20 years, and the current round of negotiations in Paris are no different.

The 1992 U.N. Framework Convention on Climate Change recognized that industrialized countries should provide financial and technological assistance to help developing countries reduce emissions and develop sustainably. This led to the creation of the government-funded Global Environment Facility to help channel funding, although it never reached the required scale. The 1997 Kyoto Protocol created an emissions trading system to help reduce the cost of mitigation, engage the private sector, and help finance low emission projects in developing countries. International emissions trading took off when a regional market was established in Europe that recognized offsets generated in developing countries. It subsequently crashed when the E.U. market had too many permits and cut off the eligibility of many international offsets. The early boom years of the carbon market proved the power of market mechanisms to raise finance and reduce emissions — if the market policy is set correctly. Many other states and countries around the world have since established emissions trading markets, including China, Chile, Mexico and, in the U.S., California — where Winrock’s American Carbon Registry has captured over 50 percent of the market.

Markets, however, are not the only arrow in the financial quiver. The number of funds and financial mechanisms created to help pay for mitigation and adaptation are almost as common as French patisseries in Paris. Funds have grown and shrunk over the years, with new approaches coming into vogue as older ideas and governance models fade away. The latest and largest climate fund is the Green Climate Fund, which has over $10 billion in pledged funds. 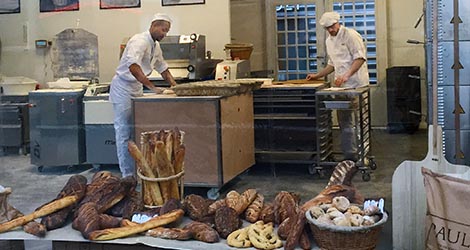 In true French style, the Paris negotiations has its own bakery and patisserie to serve delegates tasty French breads and pastries. In true COP style, numerous countries, multilateral development banks and private companies are all announcing new funding pledges — equally as appealing, albeit with slightly less butter and, hopefully, not so flaky. Germany, Norway and the U.K. have pledged an extra $5 billion between now and 2020 to pay for emission reductions from reduced forest loss (some of which may go through the Green Climate Fund). France committed to investing 2 billion Euros in renewable energy in Africa between 2016 and 2020, a doubling of its current investment. The World Bank announced a new plan that calls for $16 billion in funding to help African people and countries adapt to climate change and build up the continent’s resilience to climate shocks. APRIL — a large Asian pulp and paper company — announced it will invest $100 million over 10 years to restore 400,000 hectares of degraded peatland forest in Riau, Indonesia. The list could go on and on.

While these pledges are needed and will help close the financial gap, long term financial solutions need to be set in motion as part of the new agreement that is meant to be agreed upon in Paris. A number of countries have said they want to use market mechanisms, while others oppose it. Detailed rules will not be settled over the next week — at most an international framework will be put in place with the promise of finalizing the details in coming years. Hand in hand with an international agreement, domestic policies also need to re-examined in all countries to help create a policy environment that encourages sustainable, low-emission development.

The new agreement coming out of Paris will be built upon different forms of country pledges and/or commitments: by developed, as well as developing countries to reduce emissions, and by many countries to provide climate finance for mitigation and adaptation. Once the Paris negotiations wrap up and government ministers and delegates return home they will remember the long nights, long queues for the bus to the venue, small plastic cups of espresso, and fresh pastries. If lucky, they may also remember some of the sights of Paris streets, restaurants, and vin chaud at the Christmas markets. The most important memory, however, should be the insights of the French intellectual Jean-Paul Sartre who said, “Commitment is an act, not a word.”

Winrock is helping a number of countries access international finance – particularly for reducing emissions from deforestation and forest degradation. We work to develop national monitoring and accounting systems that countries can use to access payments for reducing emissions. Winrock also works on low emission development strategies and initiatives in many countries, including domestic policy options to finance low emission development.