Friend of the Farmer

Dr. Jeff Mutimba Brings Knowledge From the Classroom to the Field 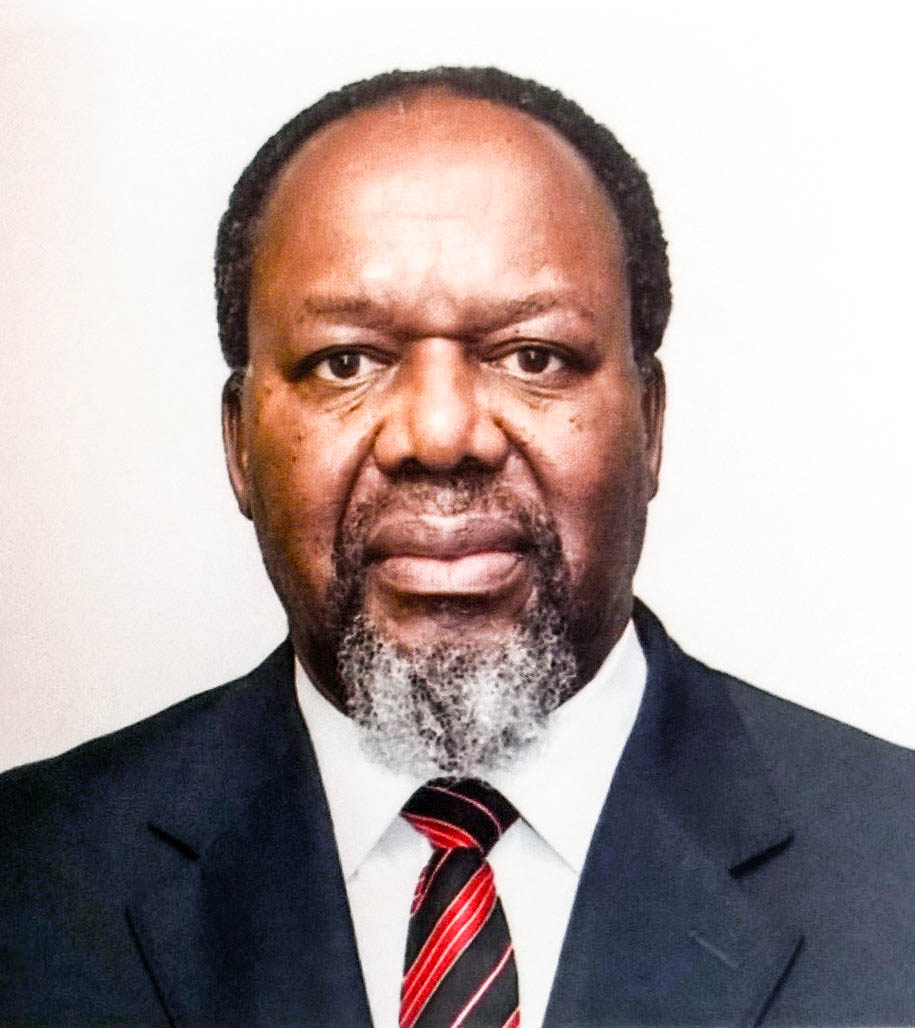 Dr. Jeff Mutimba grew up on a small farm in Zimbabwe, which was then called Rhodesia. He rose early in the morning to do chores and wash in the river before running to school. After school he would weed or take the family’s few cattle to a communal grazing area. Mutimba was lucky. The farm produced enough maize that his father could sell some — “and that’s how he was able to send me to school,” Mutimba says, “with the income from his farm.”

Mutimba, the East Africa regional coordinator for the Sasakawa African Fund for Extension Education (SAFE), which is run by Winrock, has never forgotten those early days — or what it means to have a profit at the end of a season. He knows how far that income can go, what it means to the lives of farmers and their families. And he’s used his education and career to help other small farmers prosper, working with universities and ministries of agriculture to increase the number of extension programs and agents throughout Ethiopia, Uganda, Tanzania and Malawi.

“Agricultural extension is the interface between science and farmers,” Mutimba says.  It’s how new technologies and methods make their way to the people who need them most. Farmers need access to the latest information, and the agricultural extension agent is the best way to provide it, he says. “We are talking about proper land preparation, improved seeds, chemical fertilizers, weed control, insect and pest control, harvesting, storage and marketing.”

Until recently, agents in Africa haven’t been equipped to communicate with farmers in the field, and they have been stretched thin, working with up to 1,000 farmers at one time. SAFE was one of the first organizations to realize the value of extension agents, what they can do to help countries in sub-Saharan Africa better feed their people. 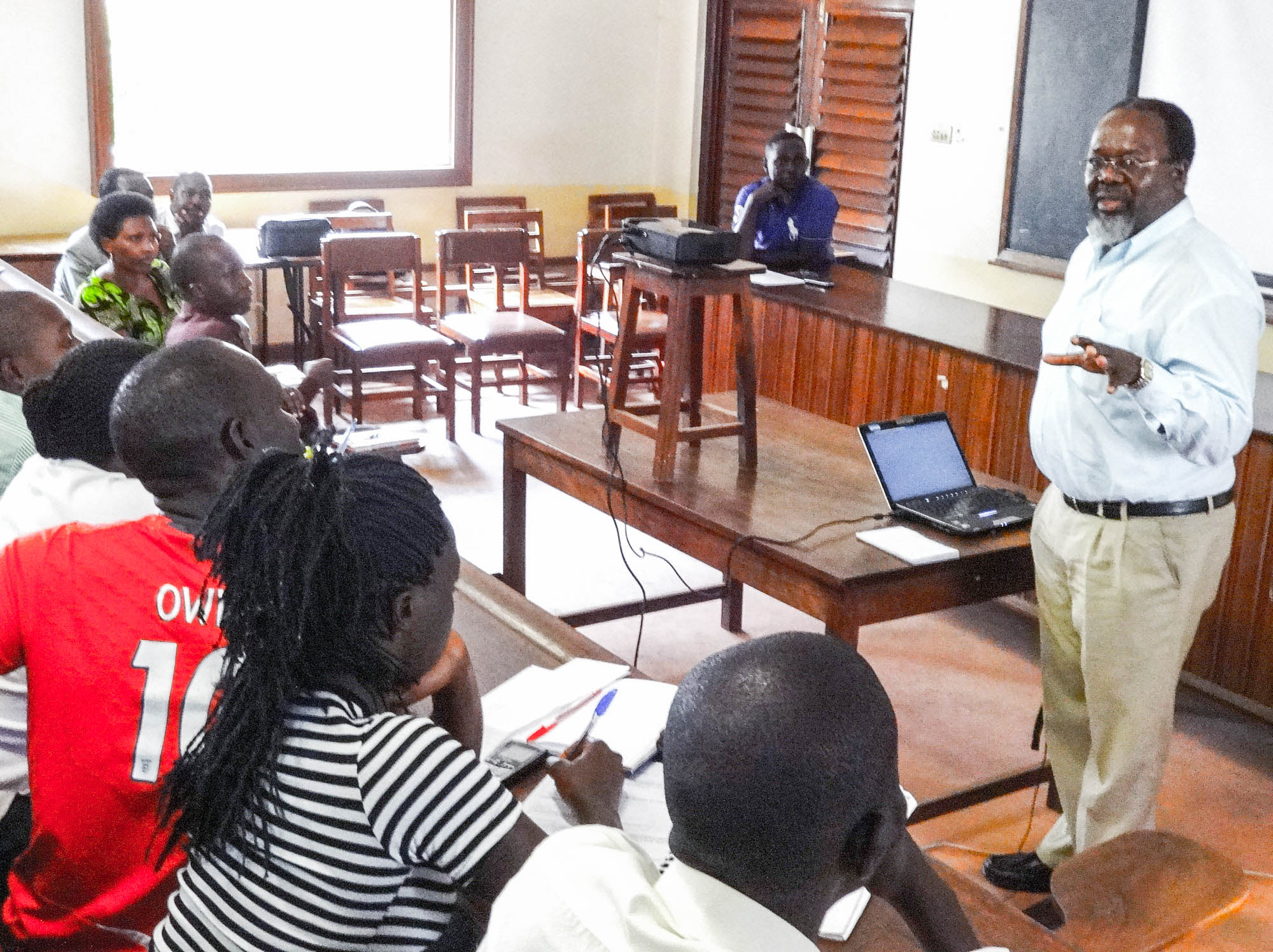 SAFE was launched 25 years ago when Winrock teamed up with the Sasakawa Africa Association (founded by Nobel Laureate and former Winrock Board Member Norman Borlaug, Japanese philanthropist Ryoichi Sasakawa and former President Jimmy Carter), to lead an innovative agriculture education pilot in Ghana that brought together agriculture schools, farmer organizations, ministries of higher learning and the private sector. Since then, SAFE has spread to nine countries and has graduated 4,000 mid-career extension agents.

Mutimba has worked with SAFE for 20 of its 25 years. When he joined the program in 1996, he was assigned as resource staff to the second SAFE partner university, Haramaya University in Ethiopia. From there he moved to Makerere University in Uganda and a few years later to Lilongwe University in Malawi. “Each time he built a mid-career SAFE program from scratch — interacting with university leadership, national extension services, the private sector and mid-career extension field staff,” says Winrock’s senior associate Henk Knipscheer. Presently Mutimba oversees SAFE program activities at 11 universities in four East African countries.

“Jeff is a dynamic and highly respected professional among his colleagues,” says Knipscheer. “He has been chair of the African Forum for Agricultural Advisory Services, a continental organization for strengthening agricultural extension and advisory services. He has been one of the prime forces behind the rapid expansion of the SAFE program.”

Mutimba has an undergraduate degree in adult education and a Ph.D. in agricultural extension from the University of Zimbabwe, where he also taught. He served as undersecretary in Zimbabwe’s Ministry of Agriculture, has co-authored a book on intervention in smallholder agriculture, and is a frequent lecturer. But his career path wasn’t a direct one. After graduating from high school, Mutimba found a job in a radio factory. “For seven years and eight months, I was assembling radios,” he says. Then he applied to agricultural college, which involved a trip to his father’s farm to prove that he had agricultural experience. It was worth the effort. Getting into that program “was the best move that happened in my life,” he says. 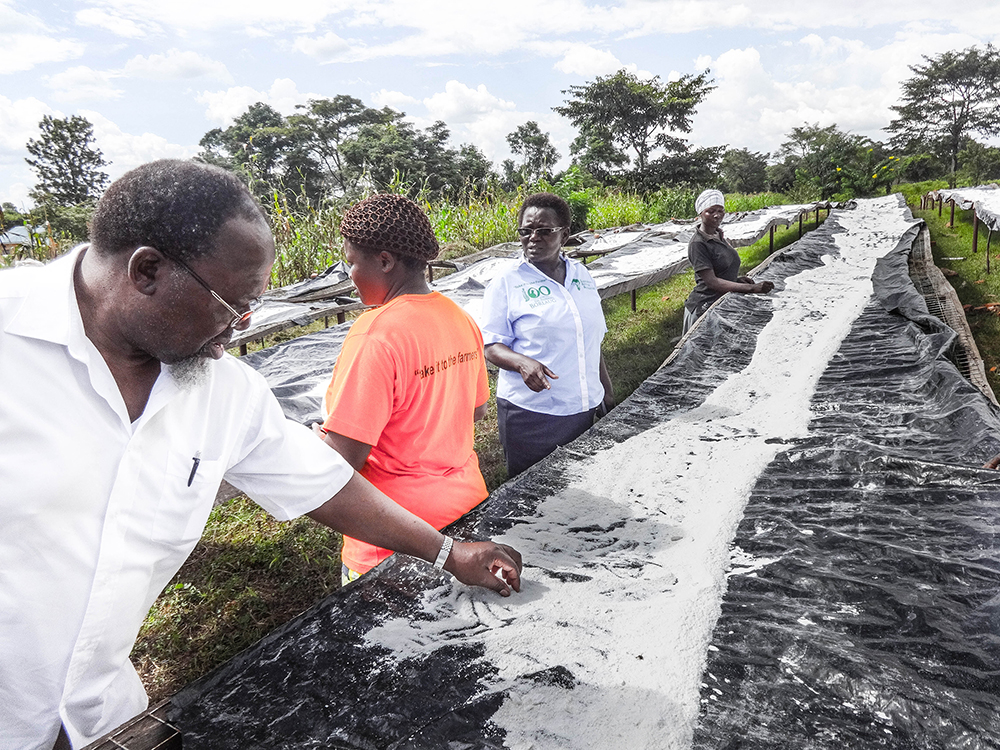 Mutimba in Zimbabwe with farmers who are processing cassava. “I’m delighted to have been a part of Winrock for all these years; it’s a great organization with great people,” he says.

A career highlight for Mutimba is seeing how far his former students have come. “It can be rewarding — really rewarding — when you see people improve because of what you advised them,” he says. “Many, many graduates of this program have risen in rank within the ministries where they work. They occupy positions of influence and now lead their organizations in providing guidance on how extension should best be done.” In Ethiopia alone, SAFE graduates include the Ethiopian ambassador to Saudia Arabia, the extension training director in the Ministry of Agriculture, the general manager of the Ethiopian Sugar Corporation, and the vice president of Dire Dawa University.

Which is one reason why, though African agriculture still faces challenges, it’s on the upswing. “Farmers [realize they] can sell their produce if they produce quality,” Mutimba says. “And farmers are working together more. They have a voice.”

As Mutimba prepares to retire next March, he’s thankful for the opportunities he’s had. “I’m delighted to have been a part of Winrock for all these years; it’s a great organization with some great people.” And he has this advice for those who will follow him. “Extension requires someone who has passion for the job, passion to see farmers prosper, to see farmers do better.”