From Myanmar to Music City

Roasting the beans — and the project that brought them here.

It’s wintertime in Nashville, and coffee roasters at some of the top specialty coffee shops in the U.S. are reacting to their first experience with a newcomer to the international market: beans from the Shan State of Myanmar.

“It blew my mind because it’s really complex,” said Will Shurtz, roaster and green coffee buyer at Methodical Coffee in Greenville, South Carolina.

Kyle Hookstra, roaster for Little Rock’s Westrock Coffee Company, recalled that when he opened the bag of unroasted Myanmar coffee, “It was kind of like you were standing at a tropical fruit stand.” 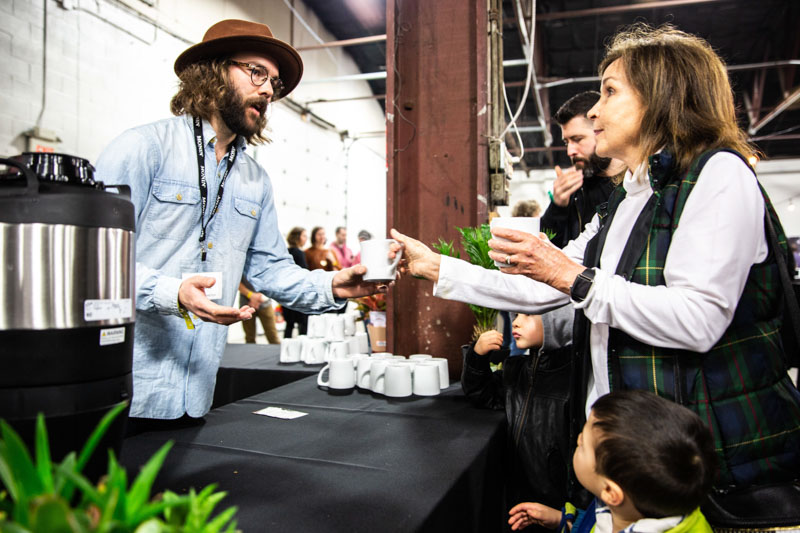 That’s exactly the kind of reaction Craig Holt was hoping for when he and his company, Atlas Coffee Importers of Seattle, provided 20 pounds of green (unroasted) Myanmar coffee from the village of Myin Dwin to each of 36 top specialty coffee roasters ahead of the final U.S. Championships qualifying event in Nashville. 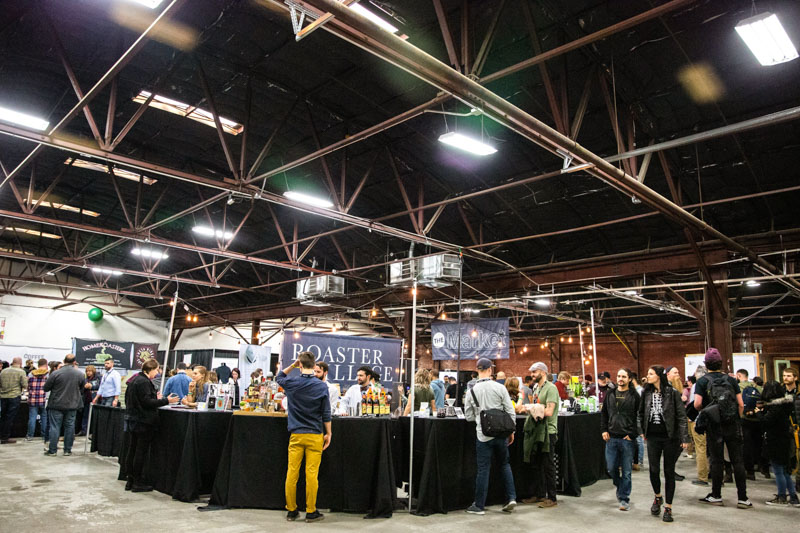 “We wanted people to see a very, very exciting and unique coffee,” Holt said. “It’s a huge testament to the hard work and professionalism of smallholder farmers in Shan State.” 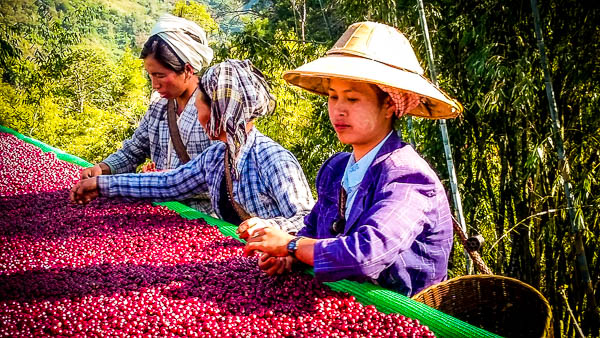 One of the new techniques that’s helped prepare Burmese specialty coffee for the world market is drying cherries on a raised table rather than on the ground.

It’s also a testament to USAID’s Value Chains in Rural Development (VD-RD) project, where Winrock’s market systems approach has created sustainable connections between Myanmar farmers and international buyers. The remarkable story of Burmese coffee began with Rick Peyser, a volunteer with the Farmer-to-Farmer program who identified the potential of Burmese coffee in 2013 and wrote an influential trade article about it. This led to visits from other volunteers and, in 2014, the project selected specialty coffee as a crop to support. The project introduced new production techniques to eager growers — many of them women smallholders — who took quickly to such new processing methods as drying coffee beans on raised tables rather than on the ground and storing beans in sanitary facilities.

The next year, Winrock and the Myanmar Coffee Association organized the first Myanmar National Coffee Cupping Competition. It’s since become an annual event, with other competitions springing up and increasing participation from private sector actors such as the Myanmar Coffee Association, Mandalay Coffee Group and local processors such as the Amayar Women’s Coffee Producer Group. This year’s Nashville roasting event and an earlier qualifying event were the first U.S roasting competitions to feature beans solely from Myanmar (also known as Burma). As a result, 72 of the top specialty coffee shops in the U.S. have now been exposed to the new beans from Myanmar.

To cut out middlemen, Winrock worked with local partners to link farmers directly with high-end green coffee importers such as Atlas, which took a chance in 2016 and bought the entire 30-metric-ton first crop of specialty beans. Production has since expanded to a planned 85 metric tons in 2019. Export revenue has grown from $200,000 in 2016 to just shy of $1.5 million in 2018, a 650-percent increase in three years. Money from specialty coffee production has purchased bikes for children to reduce commute times to schools, sent older kids to college, improved roads in the village and built a community well and a medical clinic, among other uses. 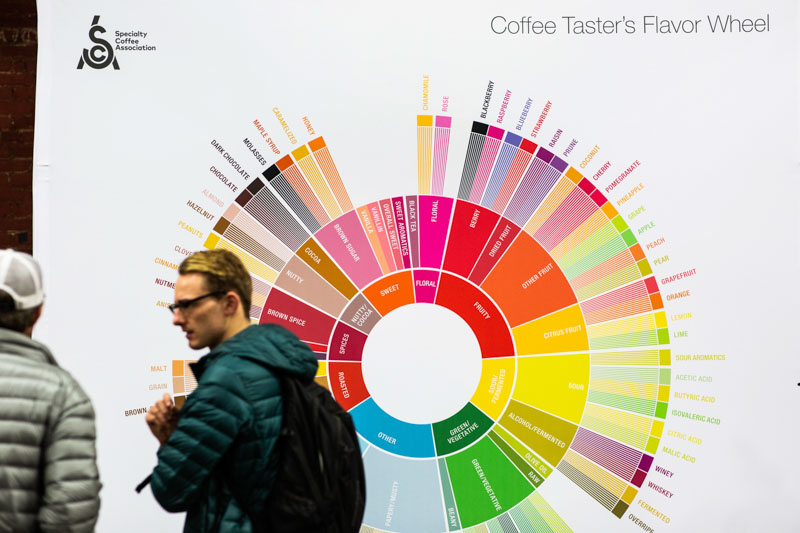 Attendees at the U.S. Coffee Championships qualifying event in Nashville stand before a display of a coffee taster’s “flavor wheel,” a complex spectrum of flavors reminiscent of wine tasting standards. Photo: Tessa Richardson

“Today there are thousands of small farmers who are better off than they were three years ago because they’ve been connected with the world market,” said Winrock President and CEO Rodney Ferguson at a 2016 event celebrating Myanmar coffee. “Their children go to school … they have better prospects, they have better housing. … That’s what Winrock does. We believe very strongly in the power of markets to improve people’s lives.”

With such promising results, villagers in Shan State hope it’s the beginning of an even brighter future. “As soon as we heard our coffee was used for the U.S. roasting competition, we were very excited since it was a kind of promotion of our coffee,” said U Min Ko Naing, leader of the Myin Dwin specialty coffee working group. “I would like to tell the roasters that we are very happy for the news and we promise that we will try to get the quality better and better every year.”