The Coffee Has Landed

Burmese specialty beans hit the international market. And Winrock is there to celebrate. 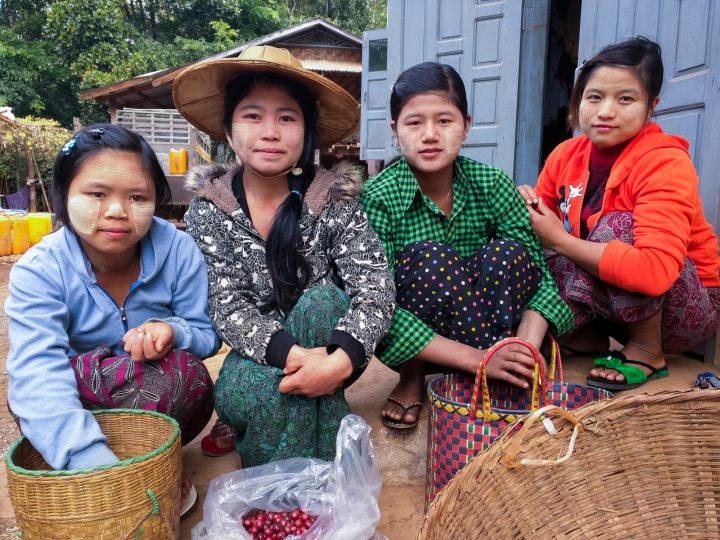 Many of the 6,000 Burmese farmers whose beans just hit the world market are women smallholders.

On August 23, the first shipment of Burmese specialty coffee beans in the United States was ground, brewed and poured at La Colombe Coffee Roasters in Washington, D.C. It was the last step in an improbable voyage that connected 6,000 Burmese coffee growers to a lucrative international market.

The remarkable story of Burmese coffee began with Rick Peyser, a volunteer with the Farmer-to-Farmer program who identified the potential of Burmese coffee in 2013 and wrote an influential trade article about it. This led to visits from other volunteers and, in 2014, to the creation of the USAID-funded Value Chains for Rural Development project implemented by Winrock.

The project introduced new production techniques to eager growers — many of them women smallholders — who took quickly to such new processing methods as drying coffee beans on raised tables rather than on the ground.

A collaboration with the Coffee Quality Institute and local partners led to nationwide coffee cupping events that identified the country’s best specialty coffees and introduced a tea-drinking populace to a good cup of java. Earlier this year, the project and CQI teamed up with coffee businesses to bring global buyers directly into Burma’s remote coffee-growing areas. By mid-June, 36 tons of prime Arabica beans were steaming their way from Rangoon to North America. In addition to La Colombe, Burmese coffee will also be sold at Whole Foods Market.

“Today there are 6,000 small farmers who are better off than they were three years ago because they’ve been connected with the world market,” said Winrock President and CEO Rodney Ferguson at the event. “Their children go to school, they have better sanitation, they have better prospects, they have better housing. … That’s what Winrock does. We believe very strongly in the power of markets to improve people’s lives.” 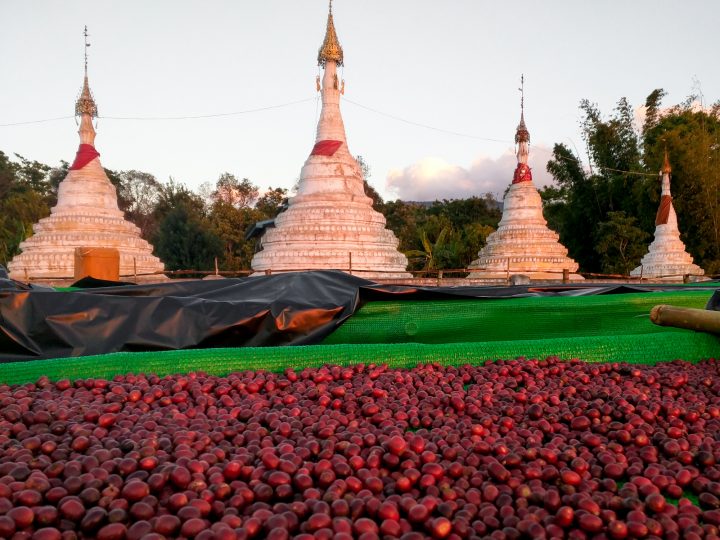 Coffee cherries drying on raised beds in Burma, the Land of a Million Pagodas.

What surprised even the most seasoned coffee experts was how quickly the Burmese coffee industry embraced new methods. In a single year, “the coffee went from being not even specialty grade to being really high in the specialty range,” said Craig Holt, founder and owner of Atlas Coffee Importers, which imported the first shipment of coffee from Burma to North America. Holt explains the transformation this way: “The growers really embraced the work that needed to be done. [They] were exceptionally willing to take the information they were given and not just absorb it but expand and apply it instantly like no place I’ve ever worked with.”

Sai Wan Maing of Green Land Coffee Plantation, vice chairman of the Myanmar Coffee Association, is one of those growers. He also buys and processes coffee cherries from smallholder farmers. “I’m very honored to see Myanmar coffee in the United States market,” said Sai Wan, whose coffee won the most recent cupping competition in Burma.

“This is an example of what can be done,” said Justin Finnegan, deputy assistant to the administrator of USAID’s Bureau of Food Security, who visited the Burmese towns and villages where coffee cherries were being processed. “We rarely get to come from the field to an event like this and get to taste [the product] and see everyone excited.”

Stephen Walls, chief of party of the Value Chains for Rural Development project, described the Burma coffee story as a “re-imagination” of the nation’s coffee industry. “It’s now the next new coffee origin, and I’m glad we’re launching it today.”

You can read more about Burmese coffee in Fortune, Roast Magazine and on Devex.com. 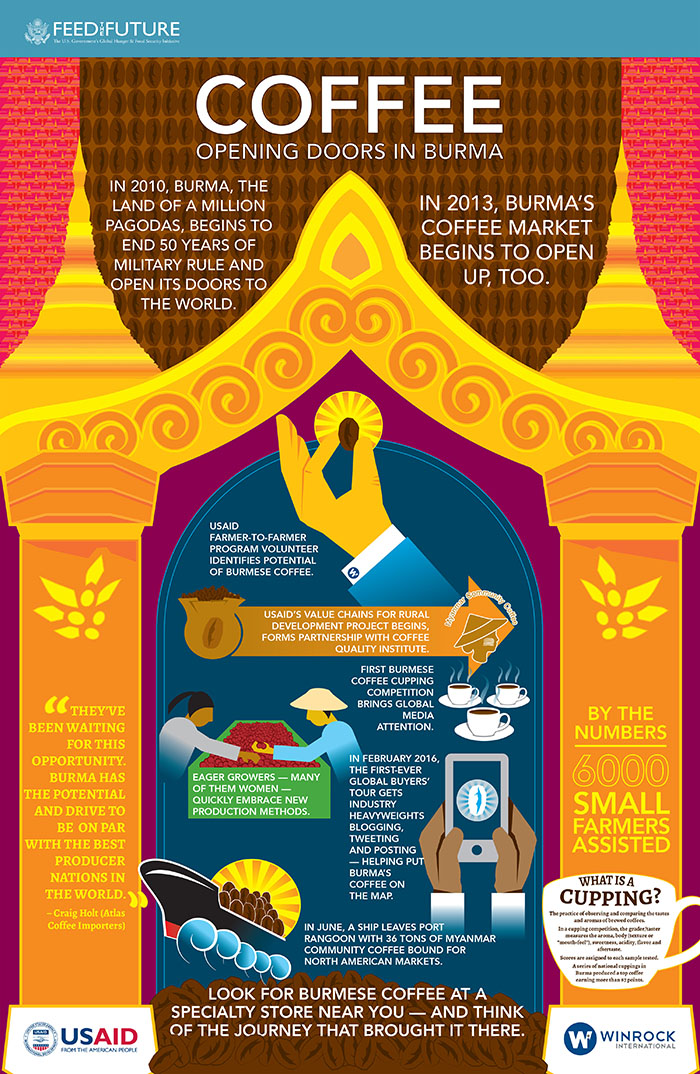