Sunrise in a soybean field.

'We’re not just about getting better skills to the farmer, we’re about building up an industry that will create more jobs in small towns.'

Herby Ault, who farms near Dardanelle, Arkansas, had never heard of edamame when Kelly Cartwright first approached him about growing it. But Cartwright, an agricultural scientist and entrepreneur, had done the math and knew it would work.

“We had the numbers and we also had the market,” says Cartwright, who leads the Natural Soybean and Grain Alliance and has partnered with Winrock on several projects. A company in Texas had been working with Cartwright and a development team to place a processing facility in Mulberry, Arkansas. Vertically integrated, the company would not only purchase the locally grown edamame but would also help manage the crop throughout the season, including harvesting it and transporting it to the plant for final processing. Still, it would take more coaxing for those first few farmers to make the leap.

“We finally convinced them that edamame is just a soybean,” Cartwright says. “It isn’t exotic. It grows like a soybean — but it pays like a vegetable.” Eventually, Ault and his brother Chris came on board and so did about half a dozen other Arkansas farmers.

Which is how Ault found himself standing in his edamame field near the base of Petit Jean Mountain — where decades earlier Winthrop Rockefeller started the research farm that became Winrock International — telling a CBS News reporter about the success of his edamame crop. Within four years, edamame had become an $8 million industry, was generating more than 40 fulltime processing jobs, and had put Arkansas on the map as the country’s first domestic processor of the bean and the “Edamame Capital” of the U.S.

Winrock had a huge hand in making this happen — starting with an initial phone call with Cartwright early in 2010. This led to a Rural Business Enterprise Grant from USDA; working with agricultural extension, university agronomists and others to learn which soybean would best fit the soil and temperature of the Arkansas River Valley; assessing markets; providing technical assistance and helping pull it all together. But this wasn’t the first time Winrock helped reshape a state agricultural market — and it won’t be the last. 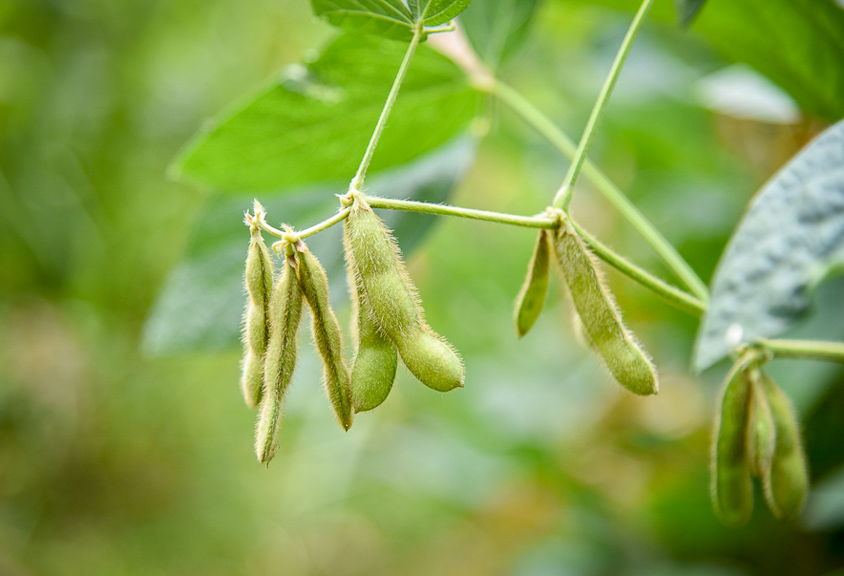 “We finally convinced them that edamame is just a soybean,” Cartwright says, explaining his approach to farmers.

“U.S. Programs takes an economic development perspective,” says Senior Director Linsley Kinkade. “We’re not just about getting better skills to the farmer, we’re about building up an industry that will create more jobs in small towns. I think for us, when we see real success is when that happens.”

Former U.S. Programs Director Annett Pagan, who retired from Winrock in 2016, recalls a group she began working with more than 15 years ago. Partnering with the Central Arkansas Research Conservation and Development Council (RC&D), which had just opened a rural development office in Helena, “we began to hold some forums for smallholders, I would say mostly minority holders, who had at one time produced sweet potatoes.” Without a facility to grade and wash and pack and store their sweet potatoes, however, they were no longer competitive. 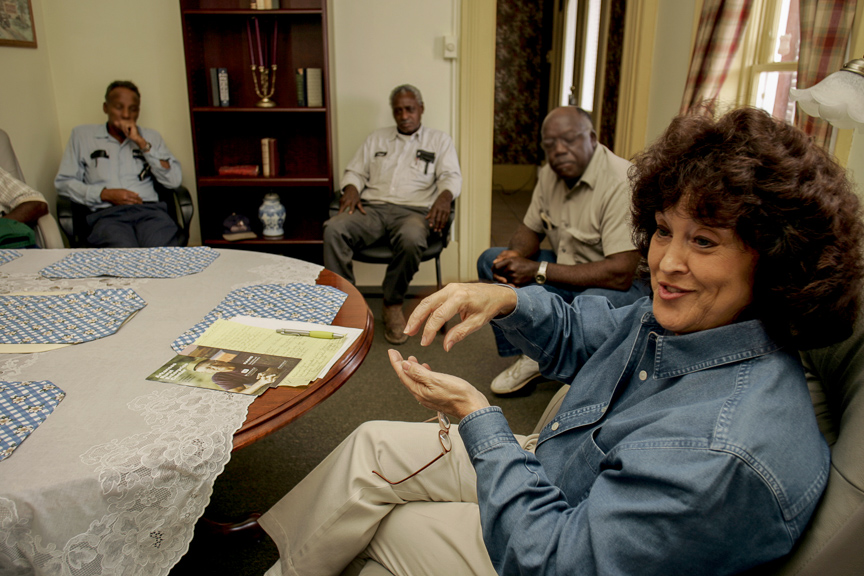 Winrock, through its Rural Enterprise Center, had been doing feasibility studies on value-added agriculture, exploring ways that small farmers could make a little extra on specialty crops. As part of this effort, it introduced these farmers to several possibilities, including a visit to a vegetable processing plant in Ohio. That “really got them thinking about what they could do,” Pagan recalls. But after investigating everything from tomatoes to spinach, the farmers decided to go with sweet potatoes again.

Winrock brought in a sweet potato expert who helped them improve quality and boost yields, and the Central Arkansas RC&D helped farmers work together to establish a facility where they could process and store their crop, making it year-round rather than seasonable — and far more profitable as a result. As production soared, Winrock introduced the farmers to new markets, including trade shows in Atlanta and in Chicago, where they wowed the crowd with their sweet potato fries. Eventually, they had contracts with Gerber and the Bright Harvest Sweet Potato company — and a $1 million federal/state grant. This year, sweet potatoes from the Arkansas Delta are being shipped to many states as well as to Great Britain.

“We had people all over the country wanting us to come and tell the story of how we put this together and how it all happened,” Pagan says. “It was some of the most rewarding work I did at Winrock.” 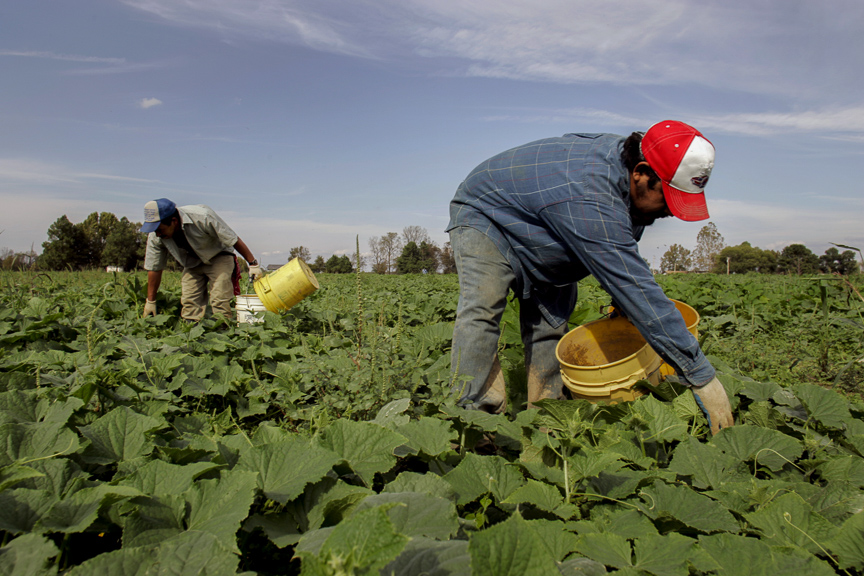 Working in a sweet potato field.

U.S. Programs’ feasibility studies don’t always result in a thumbs-up, though — sometimes just the opposite. “We tried spinach, but we couldn’t pull that one off,” Pagan says. “China had that one down pat. They could ship it over from the other side of the world faster than the farmers here could grow it.” But learning what not to try can be valuable too; it saves time and money.

U.S. Programs’ Joe Schafer has Midwest farming experience, and he draws on this background as he, along with Cartwright and other partners, work to repeat the success of edamame and sweet potatoes with organic grains. Schafer and Cartwright have talked with farmers. The USDA’s Dale Bumpers’ Small Farm Research Center in Booneville, another partner, has produced successful demo plots of organic winter wheat and organic soybeans. And Winrock has interested several organic edible grain companies in buying from Arkansas farmers.

“We think there’s an opportunity there to really boost local economies and help farmers have reasonable incomes on limited acres,” Schafer says. “It’s not unreasonable to think farmers could have fewer than 500 acres for a specialty crop and make a decent living at it.”

But as attractive as better prices are, Schafer says, “there are a lot of farmers who are hesitant. They won’t get into organics … they think they require a huge effort and record-keeping. This becomes a barrier in their mind. So I try to demonstrate what it really is, that maybe the burden isn’t so high.”

One advantage of the Arkansas River Valley region is that many farms have already switched from row crops to livestock, “so the transition to organic isn’t hard because the ground is organic — they haven’t been spraying it,” Kinkade explains. Organic is also “where the industry is most interested in growth and need,” she says, and is how farmers can earn higher premiums.

Schafer says that by the end of this year, “we’re hoping to have a turnkey plan [to initiate a new local industry] that we give a local community and say, ‘It’s ready to go from here. Here are the reasons we believe it will be successful, with this type of crop and these types of markets.’ Then it will be up to the local community to take it over.” It’s the model that has worked so well with sweet potatoes and edamame, the model where Winrock plays a much-needed role as instigator and go-between — and makes something happen that wouldn’t happen otherwise.

Schafer sees great opportunity in Arkansas farming because it has plenty of raw production and lots of room for value-added crops. “It’s a great place for young producers and farmers to get into the business,” he says. And what better organization than Winrock, with its history of agricultural research, to introduce them to it. “There’s a whole legacy here,” he says. 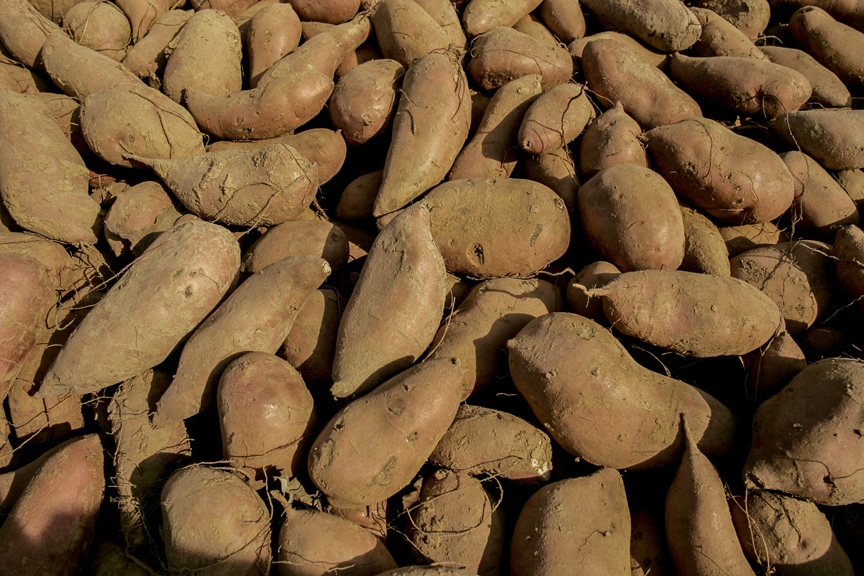 This year, sweet potatoes from the Arkansas Delta are being shipped to many states as well as to Great Britain.