A celebration of children — and a project that supported them.

The children are splashing in a creek, kicking a ball, sitting in a classroom. The award-winning photographer Paolo Patrizzi captured these moments to document the work of the Actions to Reduce Child Labor (ARCH) project in Liberia, implemented by Winrock and funded by the U.S. Department of Labor. More than 100 people came to a June 6th Washington, D.C., reception to view the photographs and celebrate a program that removed and protected more than 10,100 Liberian children from exploitive child labor in the rubber-growing areas. 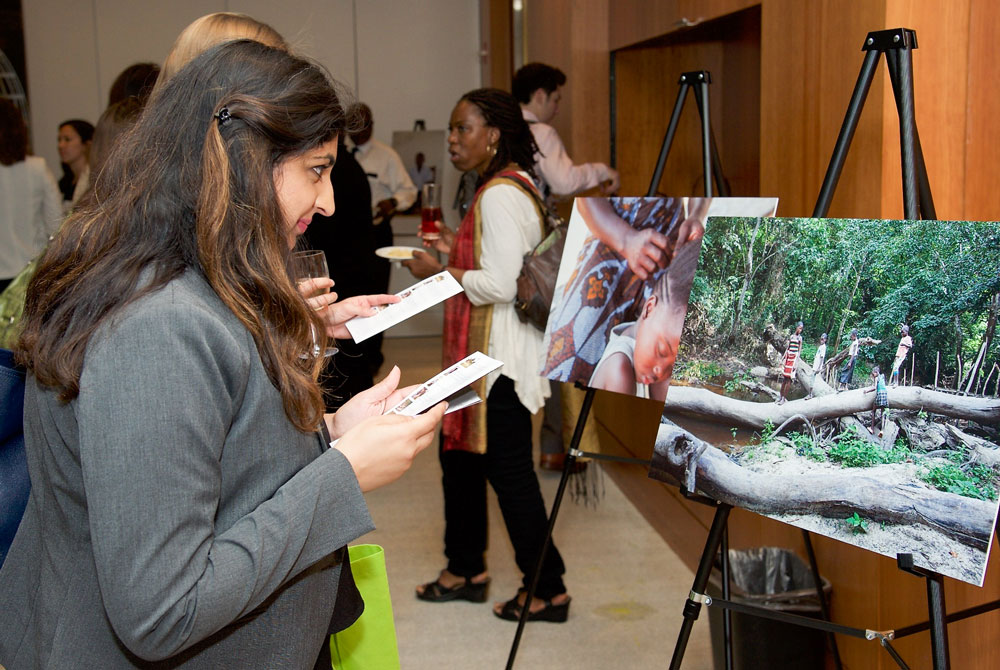 Over 100 people viewed the photographs of children at school and at play. When ARCH began, more than 70 percent of children in its target communities were in some form of child labor. Four years later, that number was halved.

“We have a long history of working with the world’s most vulnerable children,” said Winrock President and CEO Rodney Ferguson at the reception. “If you look around … you will see wonderful photos of our work in action.” Ferguson singled out a pair of photos — one of a young man named Jerry Jr. sitting at a school desk and the other of his father, Jerry Sr., working at his piggery. “It’s great to see Jerry Sr. raise productive healthy swine and his son sitting at a desk with a book. It makes the connection. That’s what we do. We’re working to improve the lives of families and by doing so to improve the lives of these kids.” 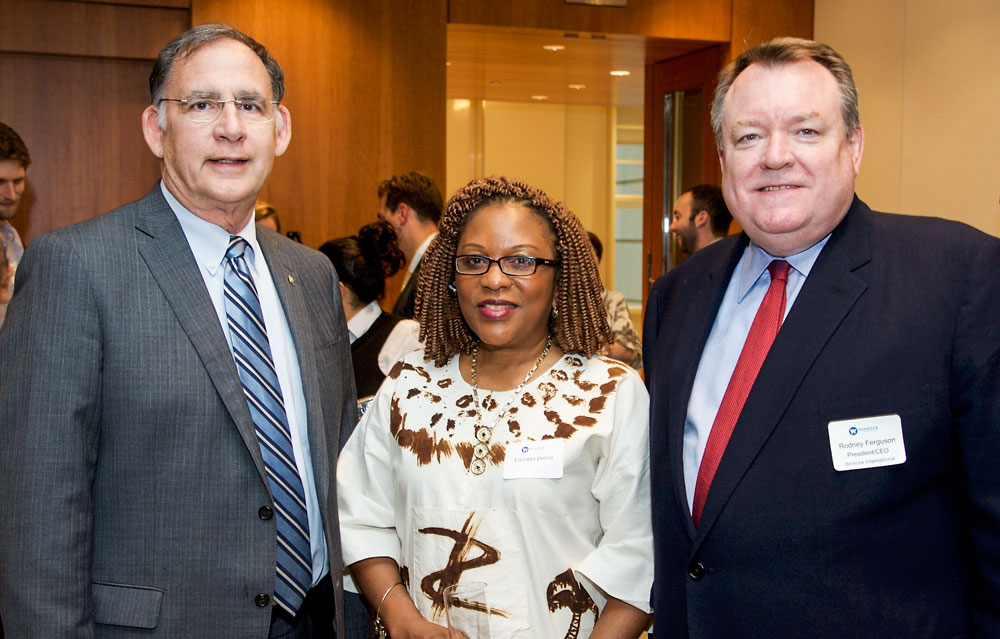 “I came to thank Winrock and tell all of you how proud we are of them and the tremendous job that they do throughout the world and … in Arkansas,” said Boozman. “Taking something like child labor and working together [on it] is a great example of how you can make a difference in the world.” 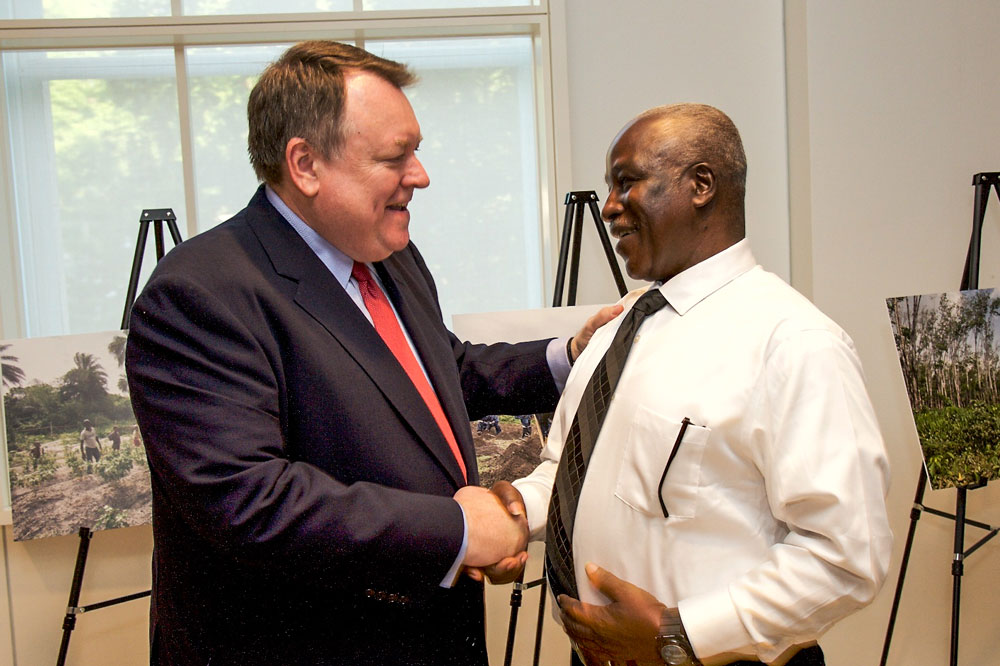 Ferguson thanks Daniel Flomo, an ARCH project district coordinator in Liberia who was visiting his daughter in the U.S. and rode three hours on a bus to be at the exhibit. “Daniel represents the best of what we do,” Ferguson said, “and we have Daniels in every country of the world.”

Since 2002, Winrock has worked in more than 25 countries to protect children from exploitive child labor in partnership with the Department of Labor, private sector leaders, local governments, NGOs and others. When ARCH began, more than 70 percent of children in its target communities were in some form of child labor. Four years later, that number was halved. Though ARCH has ended (with a conference and an exhibit of the same photos in Monrovia earlier this year), local stakeholders are taking over an ARCH school feeding program so that it, like many of the project’s benefits, will continue.

“We want positive change to extend beyond the communities being served and to endure beyond the lives of the project,” the Department of Labor’s Eugenio said. “And I think this particular project embodies all of that.”