New Scholarship Honors the Past and Prepares for the Future

It was the early 1990s, and biologist Sitan Traore had a dream, one that seems eerily prescient given the world we live in: she wanted to help study and control illness in her home country, Mali. “In Africa there are so many diseases — in humans and animals — that are carried by insects. This is an important health issue. People are working on these problems, and I wanted to join them,” Traore said in an article published in Winrock’s 1993 annual report.

Traore did join them. As the inaugural recipient of the Robert D. and Elizabeth Havener Fellowship, a fund that was created to honor Winrock’s first president and his wife, Traore did Ph.D. work at the University of Arkansas as an African Women Leaders in Agriculture and the Environment (AWLAE) fellow. This helped launch her career as an entomologist and senior scientist with Mali’s National Malaria Control Program.

Advancing the careers of women in Africa was a subject dear to the Haveners’ hearts. But they, of course, were not the only ones passionate about this work. Christopher Dowswell — aide-de-camp to Nobel Laureate and founding Winrock board member Dr. Norman E. Borlaug — also believed in encouraging African women to pursue leadership positions in agriculture. Dowswell spent many years with the Sasakawa Africa Association, which worked with Winrock for decades on the Sasakawa Africa Fund  for Extension Education (SAFE). The Christopher Dowswell Scholarship, which the Dowswell family created at Winrock to honor their son and brother after his death in 2011, has been providing financial support to African women pursuing agricultural extension degrees.

“Chris was very committed to involving more African women in agriculture,” says Winrock Senior Associate Henk Knipscheer, explaining the importance of this practice. When a male extension agent visits an African village, he says, women are unlikely to participate; whereas a female extension agent will draw a large crowd of women and generate an active discussion.

Earlier this year, thanks in part to a significant donation from Carol and Henk Knipscheer, the Havener and Dowswell programs merged into a new, combined fund that awards scholarships to African women seeking post-secondary degrees in the field of agriculture. 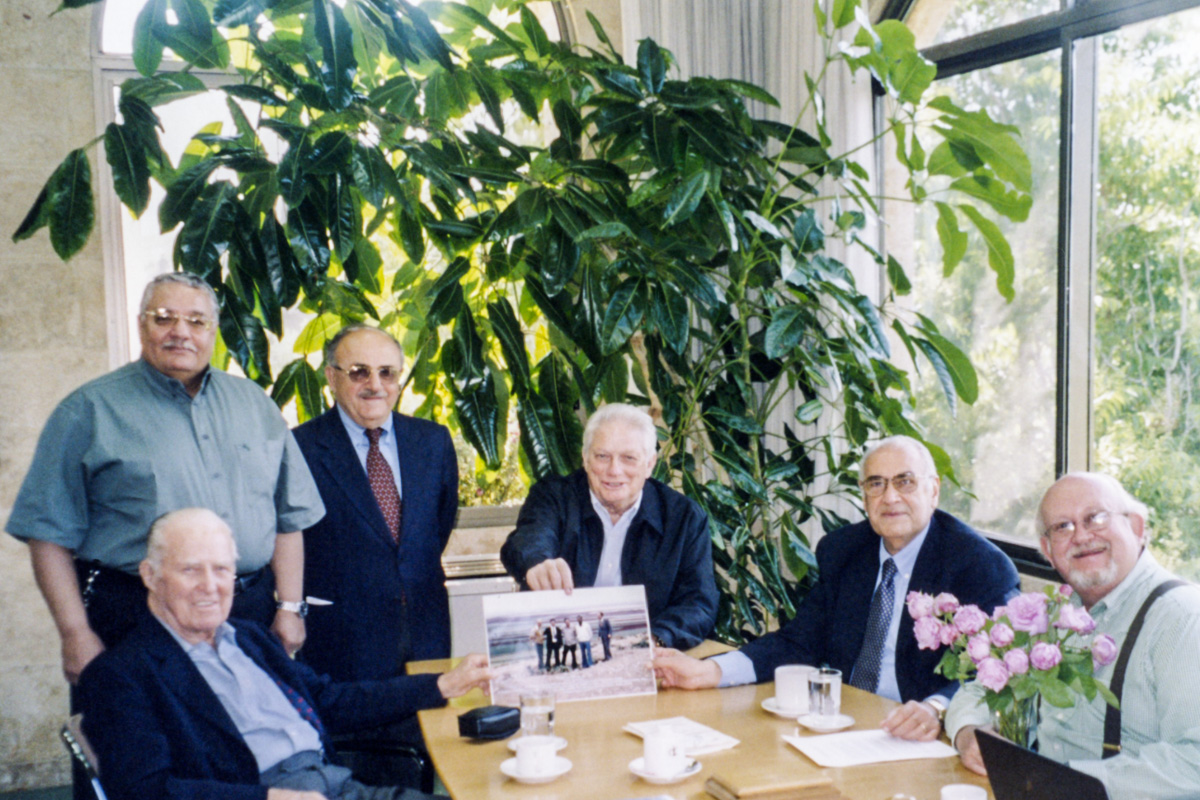 “Winrock will issue these scholarships through its existing programs in Africa,” says Sherri Kabou, a senior program associate at Winrock who is managing the fund. “The Havener-Dowswell Scholarship Fund awards can be used for tuition and other required course fees and materials.”

The merger of these funds not only underlines the importance Winrock places on empowering African women, but also highlights an important part of Winrock’s history. Havener, Dowswell and Borlaug all worked together at CIMMYT, the International Maize and Wheat Improvement Center in Mexico. CIMMYT is one of several CGIARs (formerly known as the Consultative Group for International Agricultural Research) around the world that began as an effort to combat hunger by developing and disseminating higher-yielding crops.

The Rockefeller Foundation was a key funder and chief architect of the CGIARs. And there is an additional Winrock link to this early work. Shortly before he was sworn in as U.S. vice president in 1941, Henry A. Wallace — former secretary of agriculture and namesake of the Wallace Center, now a subsidiary of Winrock International — visited Mexico and was struck by the exceptionally poor corn yields on the farms he visited. Wallace had been a corn breeder before he became a public servant, and the fact that it (then) took Mexican farmers 200 to 500 hours to produce a bushel of corn moved Wallace to action.

When he returned to the U.S., Wallace met with Raymond Fosdick, then president of the Rockefeller Foundation, and told him his idea — that efficient corn-growing was of paramount importance to the Mexican people and that something should be done about the poor yields. Fosdick was interested enough to send three experts to Mexico to review the situation, and based on the report they prepared, a small staff of U.S. experts worked with the Mexican government to set up the Mexican Agriculture Project (MAP) — from which grew all the CGIARs. One of the first scientists to join MAP was Norman Borlaug, who often cited Henry Wallace as the inspiration for the Green Revolution.

Now, these important legacies are united at Winrock International, not just through programs and actions, but also through the Havener-Dowswell Scholarship Fund. It’s an incentive for the future — and a tribute to the past.