All photos by: Abdullah Khan for Winrock International

Pakistan’s input supply company Haji Sons International is a leading seed marketing company with a network of agrodealers throughout the Punjab and Sindh districts, where PAD is working. Haji Sons is working with PAD to market collapsible drying cases and storage bags manufactured by the U.S.-based GrainPro Inc. to Pakistan’s red chili peppers farmers. GrainPro specializes in the safe storage and drying of agricultural commodities and seeds.

To reduce the likelihood of aflatoxin exposure during the post-harvest process, Winrock initiated the first trial of drying red chili peppers in GrainPro’s Collapsible Dryer Cases and storing them in hermetic polyethylene bags from GrainPro as well as in old jute bags traditionally used by red chili farmers. After seven months, the red chilies stored in GrainPro’s hermetic bags remained a brilliant red and their aroma and moisture content remained the same. The red chilis stored in jute bags lost color, aroma and shine, and picked up moisture, which plays a key role in the multiplication of Aspergillus, a fungi responsible for producing aflatoxin. 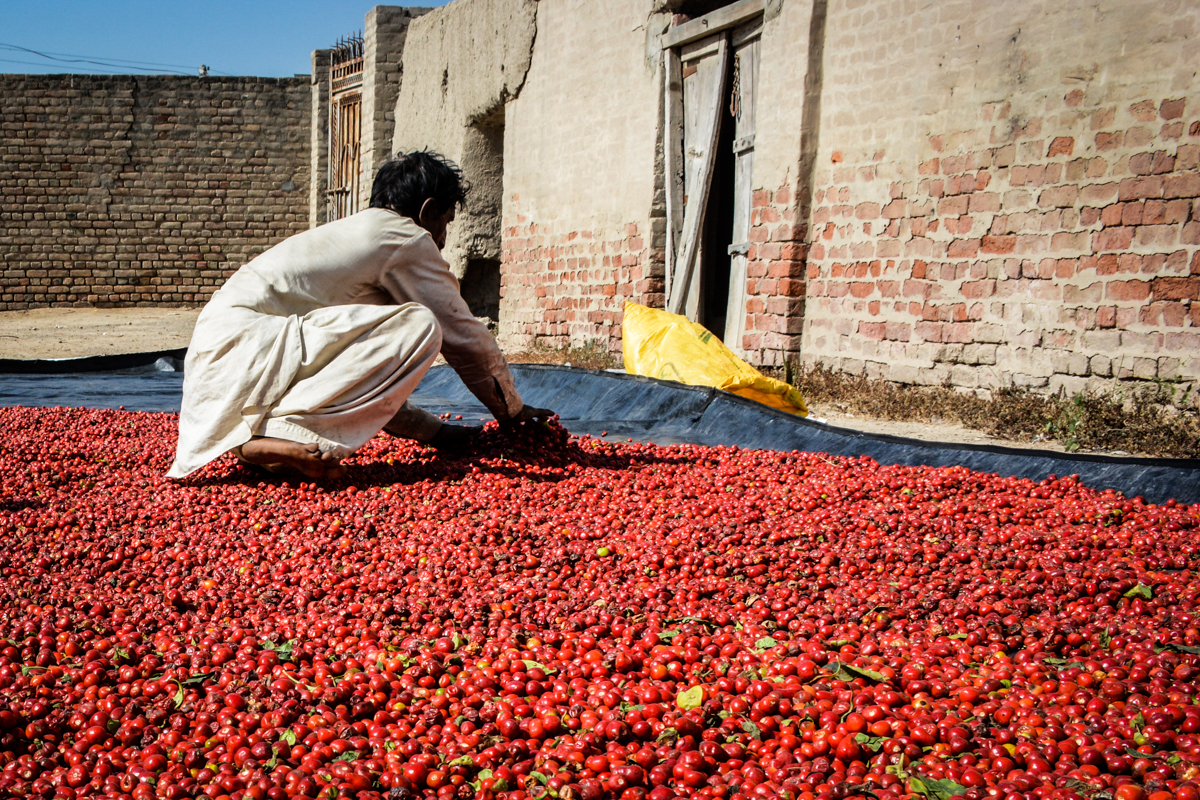 Spurred by these results, PAD partnered with Haji Sons to facilitate further adoption of GrainPro products by providing extension services in improved post-harvest practices to red chili farmers such as Mohammad Altaf, who has been growing red chilis on his 16 acres of land for almost four years.

“Red chili [pepper] picking in our area is done around July-August, which is monsoon season in Pakistan. Heavy rains not only make red chili drying quite hard, but also make it almost impossible to safely store them. Therefore, red chili [pepper] farmers in my area sell their produce immediately at low prices due to a glut in the market. I used to do the same,” said Altaf.

After hearing about the PAD partnership with Haji Sons, Altaf used 400 GrainPro bags to store 9,000 kilograms of red chili from July to November 2019. The stored red chili pepper retained its color, and the moisture level was also within the required standards.

PAD continues to promote GrainPro products among Pakistan’s red chili pepper growers as a way to not only increase their incomes, reduce aflatoxin contamination and expand trade, but also to support a critical market linkage for a U.S. business and the local input supply company. For PAD’s chief of party, Farrukh Mirza, this represents a promising solution to a multifaceted challenge.

“I always wanted to help the farmers in Pakistan improve the quality of their produce by adopting good agricultural practices,” Farrukh said. “Seeing farmers adopting new innovative techniques successfully and reaping the benefits of increased production, better produce quality and resulting improved livelihoods of farmers gives me a sense of achievement.” 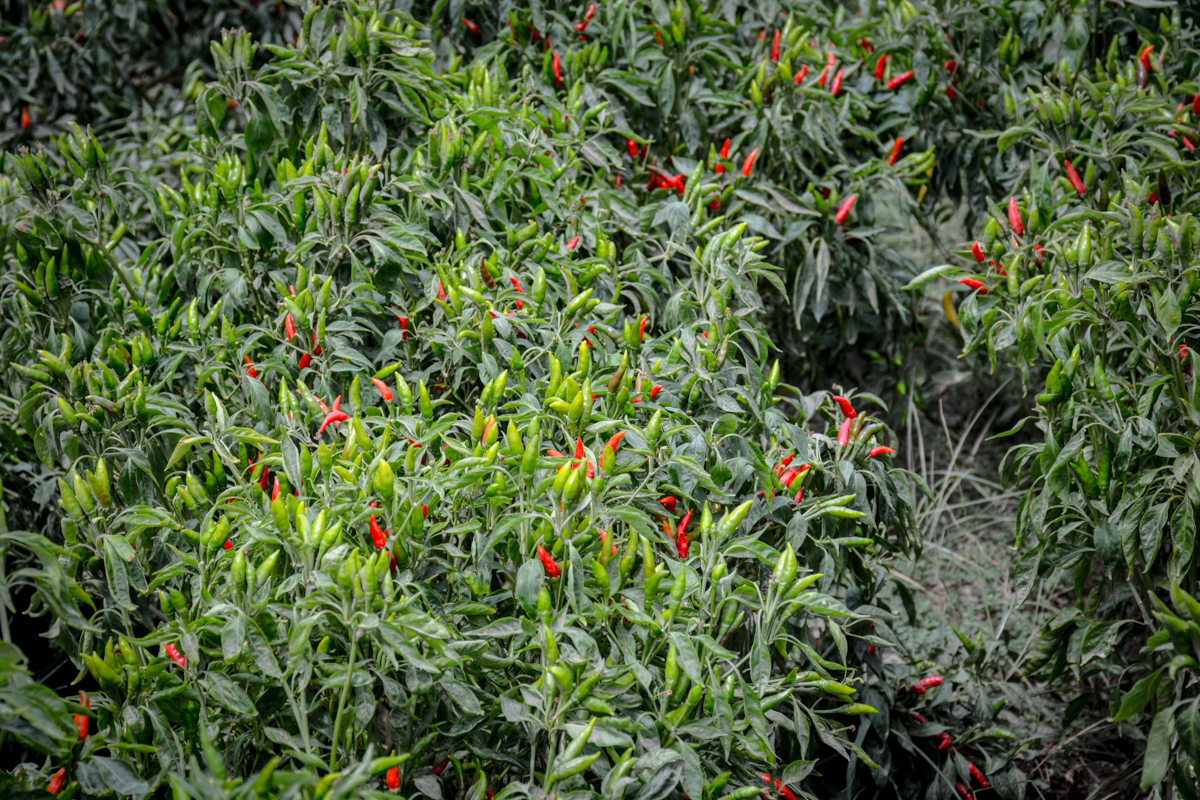 Farrukh is currently serving as a member of USDA’s aflatoxin working group in Pakistan, a multi-agency initiative through which PAD will facilitate linkages to red chili farmers and processors to pilot AflaPak biocontrol. USDA, Rafhan Maize and the Centre for Agriculture and Biosciences International (CABI) developed AflaPak for maize and are now testing its efficacy on red chilies. The marriage of both the Pakistan Agriculture Development and the AflaPak projects for testing on red chilies is creating a community in Pakistan that is knowledgeable about aflatoxin control and can advocate for country-wide solutions, including the AflaPak biocontrol and safe red chili drying and storage. The project has demonstrated that post-harvest tools designed and produced using science-based information in the U.S. has application to small holder producers in remote areas. The application of these tools in Pakistan improved profits and increased agricultural efficiency, resulting in new market opportunities for U.S.-based products and services.

As a result, Pakistan’s red chili pepper sector is looking at an incREDdibly bright future.

Learn about an earlier, successful Winrock project in Pakistan.

Under its Food for Progress Program, the United States Department of Agriculture (USDA)-funded Pakistan Agriculture Development (PAD) project, which Winrock International implements, works with tomato, red chili peppers, banana and date producers in Punjab and Sindh provinces of Pakistan to increase their incomes through access to modern technology, financial services and higher-value markets. With the goal of expanding trade of agricultural products, PAD develops domestic and export market linkages, facilitates trade relationships, promotes a strategic approach to building market share through associations and promotes compliance with food safety requirements. PAD is funded through the donation of U.S. agricultural commodities, which are sold on the local market. The proceeds support agricultural, economic or infrastructure development programs.

This story originally appeared on Agrilinks on April 19, 2021.