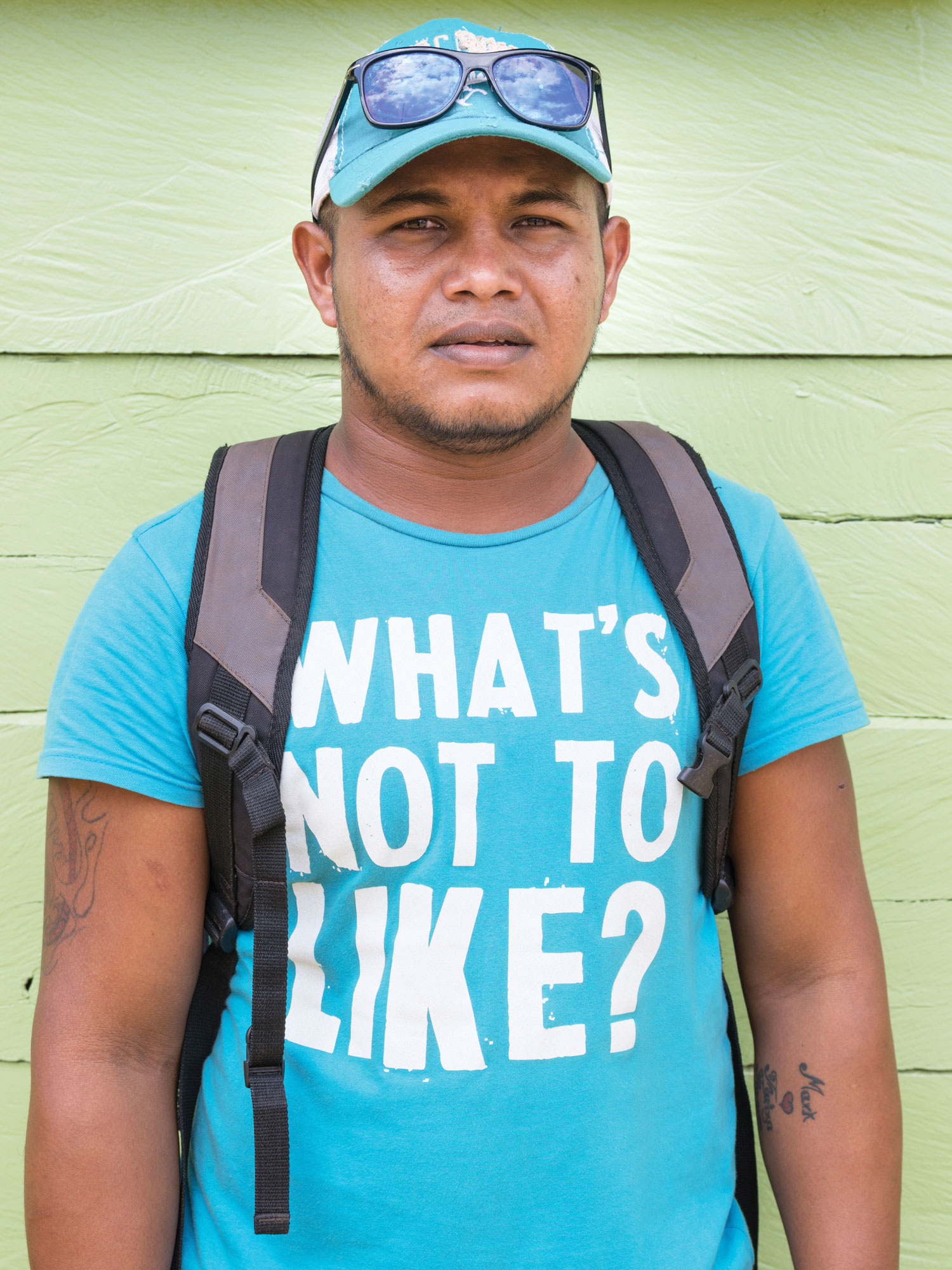 Nick Thomas is a gold miner in Guyana, where Winrock is helping the Forestry Commission develop a national carbon monitoring system.

So spotting a young man in a teal T-shirt emblazoned with the question “What’s not to like?”, wearing headphones and standing by the side of the road, is reason enough to stop. After removing his headphones, the man, whose name is Nick Thomas, makes the startling statement that he has just been talking on the phone with his wife — in New York City, where she is manager at the Starbucks in JFK Airport.

Besides serving as a human reminder of how technology has made the world small, Thomas provides a real-life lesson about one of the main threats to Guyana’s remarkable tropical forest, which covers 85 percent of the country. Thomas is a gold miner who hiked out from the forest to the road to catch a ride into the capital city of Georgetown. There, he planned to pick up food and fuel for the small crew of prospectors he was working with and return within a day. The work done by Thomas, and the crew he oversees as foreman, involves slicing down a swath of the forest to search for gold. There’s nothing illegal about what Thomas and his crew are doing.

In a poor country like Guyana, the economic incentive to look for gold is strong and understandable — though it’s not good news for the forest. But an innovative partnership between Winrock and the governments of Guyana and Norway has helped balance economic development with conservation. In 2009, Norway agreed to pay Guyana up to $250 million over five years to limit deforestation and the carbon emissions associated with it. Winrock helped train staffers at the Guyana Forestry Commission to execute and verify the nation’s commitments to conserve the forests, which was necessary in order for Guyana to receive payments from Norway. Those Norwegian funds were earmarked for sustainable economic development.

The program was deemed a success by both Norway and Guyana. For his part, Thomas is convinced that his native land is doing a good job. “I travel Guyana 10 years, traveling from one mining area to the next,” he says. “All them places I travel, and most of the forest intact.”

Read more about this project in our Winrock Voices Blog…