Responding to the Call to Action

What the PIER Program is doing to mobilize adaptation finance 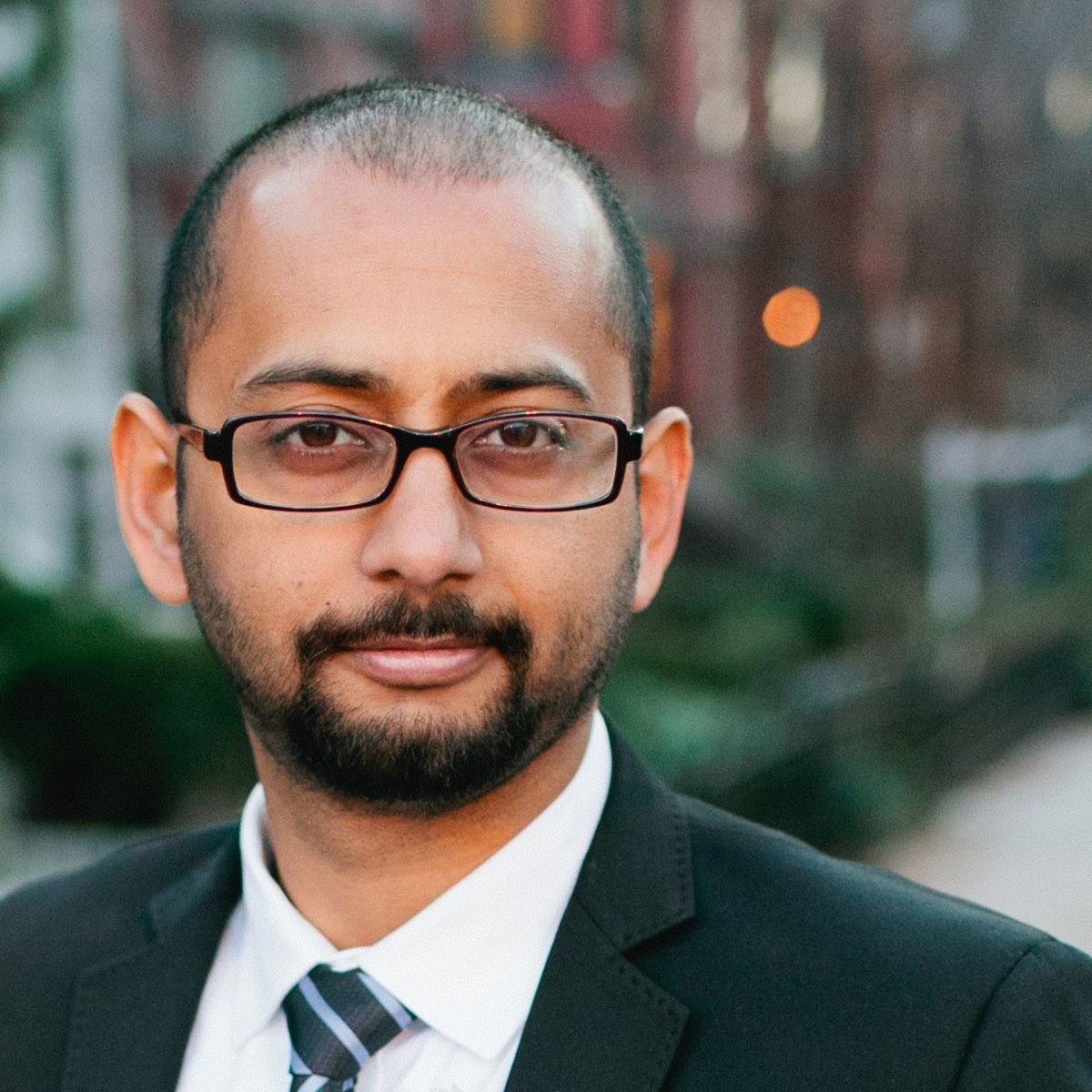 The Global Commission for Adaptation (GCA)’s “Call to Action” report released on September 19, 2019 is a highly anticipated urgent plea for investment and increased effort for adaptation ahead of the UN Climate week and the United Nations Convention on Climate Change (UNFCCC)  Conference of Parties in Chile (COP25) in December. It is a tour de force from some of the leading voices in international development, nation states, civil society groups and the private sector calling for a revolution in understanding, planning and financing adaptation efforts.

At Winrock International, the Private Investment in Enhanced Resilience (PIER) program has been eagerly awaiting the report, foreseeing its potential to reinforce and underline the project’s efforts. PIER is Winrock International’s U.S. State Department-funded flagship program on climate resilience, working across eight countries in Latin America, Africa and Asia to help demonstrate the feasibility of, and pathways for, mobilizing private investments in resilience. The backbone of the PIER program is its theory of change for mobilizing private investments in resilience needed to meet the climate adaptation goals that are also incisively described in the GCA report.

Having spent around 18 months looking for fertile ground to demonstrate our theory of change in practice, we are now doggedly pursuing several opportunities in Vietnam, Peru, Ghana and Indonesia. We are also working on two initiatives that will cut across geographic boundaries and provide a template for mobilizing large-scale private sector investments globally.

Perhaps not so coincidentally, the private sector-oriented interventions that the PIER team has been pursuing line up with the framework for adaptation planning and implementation articulated in the GCA report. All seven of the key systems that the GCA report draws attention to and urges accelerated action on are addressed though PIER’s efforts, as well as nearly all the “action tracks” it outlines for the next 15 months, as shown in the table below. 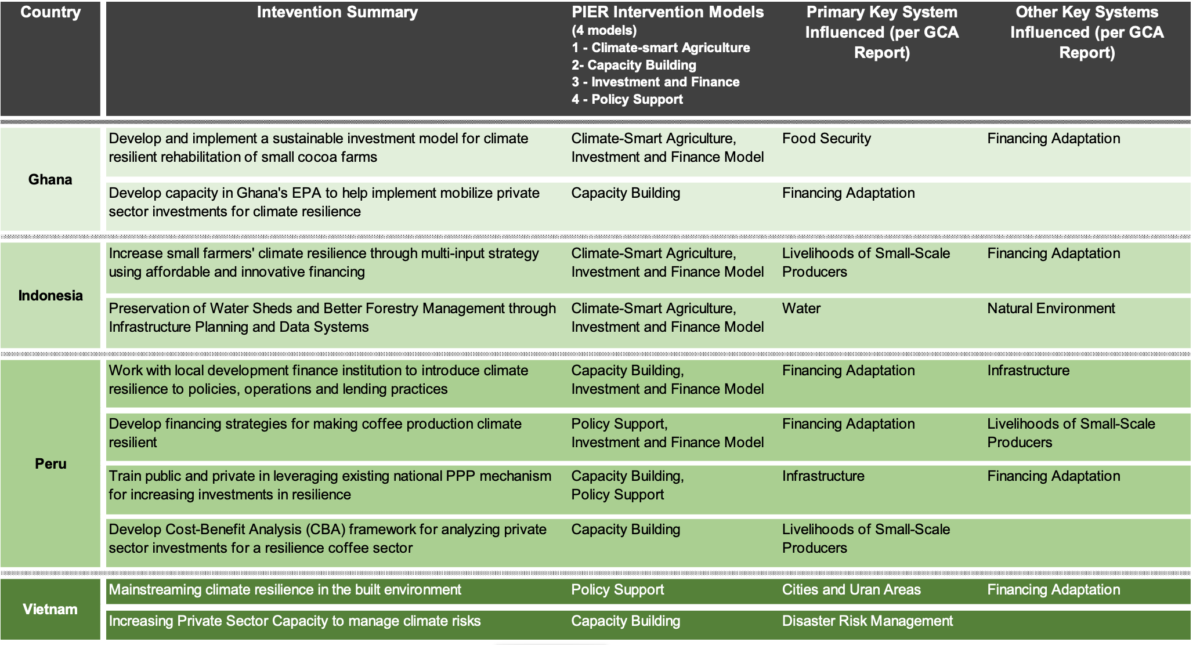 Over the rest of the PIER Project’s lifetime through 2020, staff will continue to track and connect with other initiatives related to adaptation/resilience at global, regional and local levels, and especially those that relate to mobilizing private investment. As both the public and private sector continue (or begin, in some cases) to develop adaptation/resilience-related programing, the PIER program aims to position itself among other forward-looking incubators of pilot initiatives as a valuable source of examples, lessons and guidance. By piloting and implementing fresh tools and approaches from its diverse activities to boost finance for adaptation and resilience, and then disseminating outcomes with the private sector and adaptation community, the PIER program is doing its part to pave the way to help meet the ambitious goals espoused in the GCA report.

For those interested in knowing more about each of the above-mentioned projects or more about Winrock’s thought leadership in the adaptation/resilience field, please reach out to Anmol Vanamali (Anmol.vanamali@winrock.org) or Michael Cote (Michael.cote@winrock.org).