Celebrating Winrock's work from an Arkansas mountaintop to the fields of Nepal.

Above: Winrock raises up entrepreneurs everywhere from Nepal, where rice millers and farmers are coming together to boost incomes, to Arkansas, where a startup accelerator provides market research, prototype development and partnering assistance to new companies. This story originally appeared in the June 2019 issue of RockLinks, a newsletter about Rockefeller Family philanthropy.

When the Delta Innovation Fund startup accelerator hosted its 2019 Demo Day at the Clinton Presidential Center on April 17, Winrock President and CEO Rodney Ferguson was there to mark the moment. The event — and the work it celebrated — illustrates a Rockefeller legacy of economic development decades in the making, one that began on a mountaintop west of Little Rock and today spans the globe.

When Winthrop Rockefeller came to Arkansas in 1953, he wasn’t intending to start a farm or elevate a state that was used to being last in just about everything. But something in the place spoke to him. Within months, he had purchased 900 acres on top of a beautiful flat-topped mountain 70 miles northwest of Little Rock. He brought in a herd of Santa Gertrudis cattle from Texas and created a model farm and livestock center. 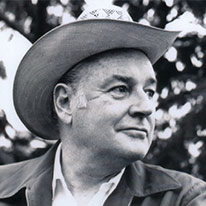 It was not an easy task. “Only a fool would think that a mountaintop with no water could be made into a farm. Yet in the mountainous regions of the state, many people have to wrest meager livings from sites just like this,” Rockefeller said. “This was a challenge I found getting into my skin. Despite the terrain, I thought this could be made into a workable, profitable cattle farm.”

It became that — and much more. Just a year into its operation, the farm was already helping the people of Arkansas. Employment at Winrock kept Conway County from being declared a disaster area during the drought of 1954. And with its massive cattle operation (more than a thousand head), innovative irrigation system (including six artificial lakes), and careful attention to pasturelands (“the health of a cow depends on the health of the soil it grazes on,” Rockefeller said) the farm quickly became a valuable showcase in selling the state. 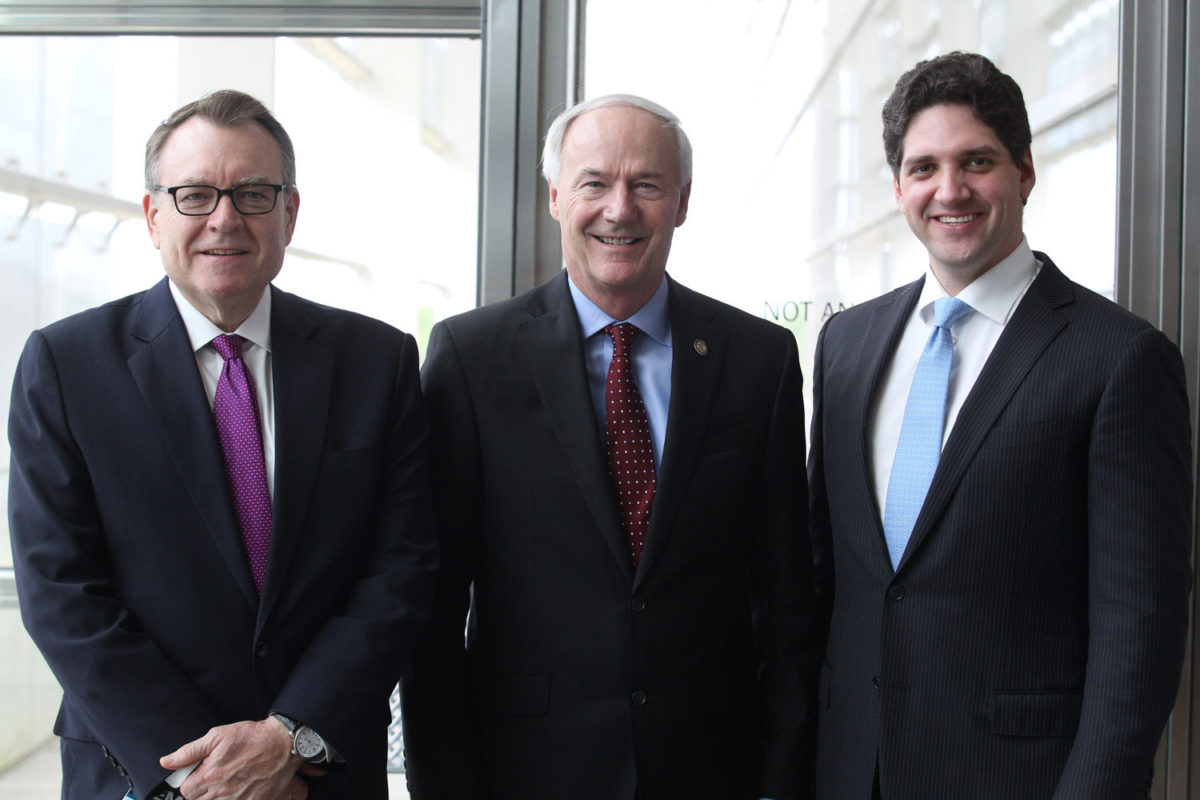 In 1955, 11 years before he became governor, Rockefeller became the founding chairman of the Arkansas Industrial Development Commission (AIDC). He would serve eight years in that position, drawing some 600 new industries to the state and creating 90,000 jobs. Sixty years later, AIDC’s successor, the Arkansas Economic Development Commission, is funding Innovate Arkansas, a Winrock subsidiary that helps technology entrepreneurs turn startups into viable commercial enterprises. It’s a unique full- circle moment for an organization that grew from Winthrop’s farm and mission. 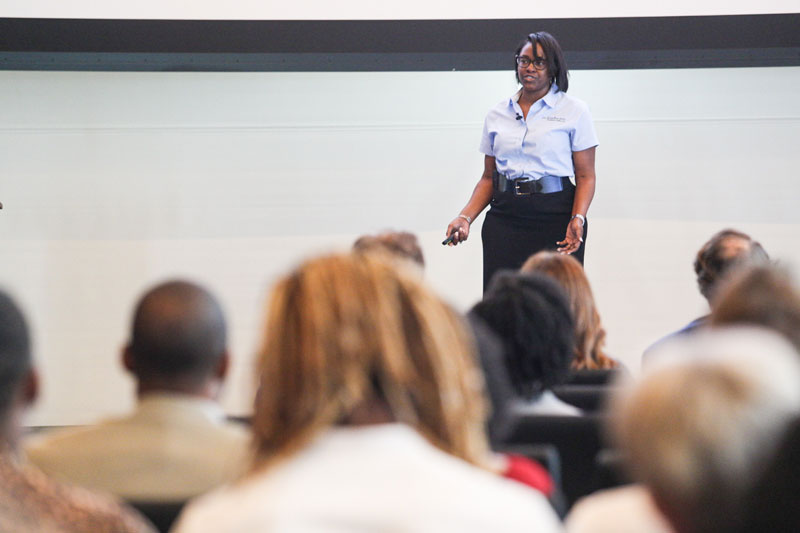 The Delta I-Fund is another of Winrock’s domestic entrepreneurial success stories. Funded by the Delta Regional Authority and implemented by Winrock, the Delta I-Fund is an early-stage, proof-of- concept startup accelerator that trains entrepreneurs in Arkansas and throughout the eight-state delta region, offering market research, prototype development and patenting assistance. The new companies it supports are creating innovative educational and medical devices and even new cancer treatments.

Just as it was a focus on economic growth and human advancement that helped propel Winthrop Rockefeller into Arkansas politics, so has a focus on bolstering economic growth fueled Winrock through the years. From Innovate Arkansas and the Delta I-Fund in the U.S. to work in Nepal, Tajikistan and other countries around the globe, Winrock brings a market-systems approach to some of the world’s most vulnerable people. 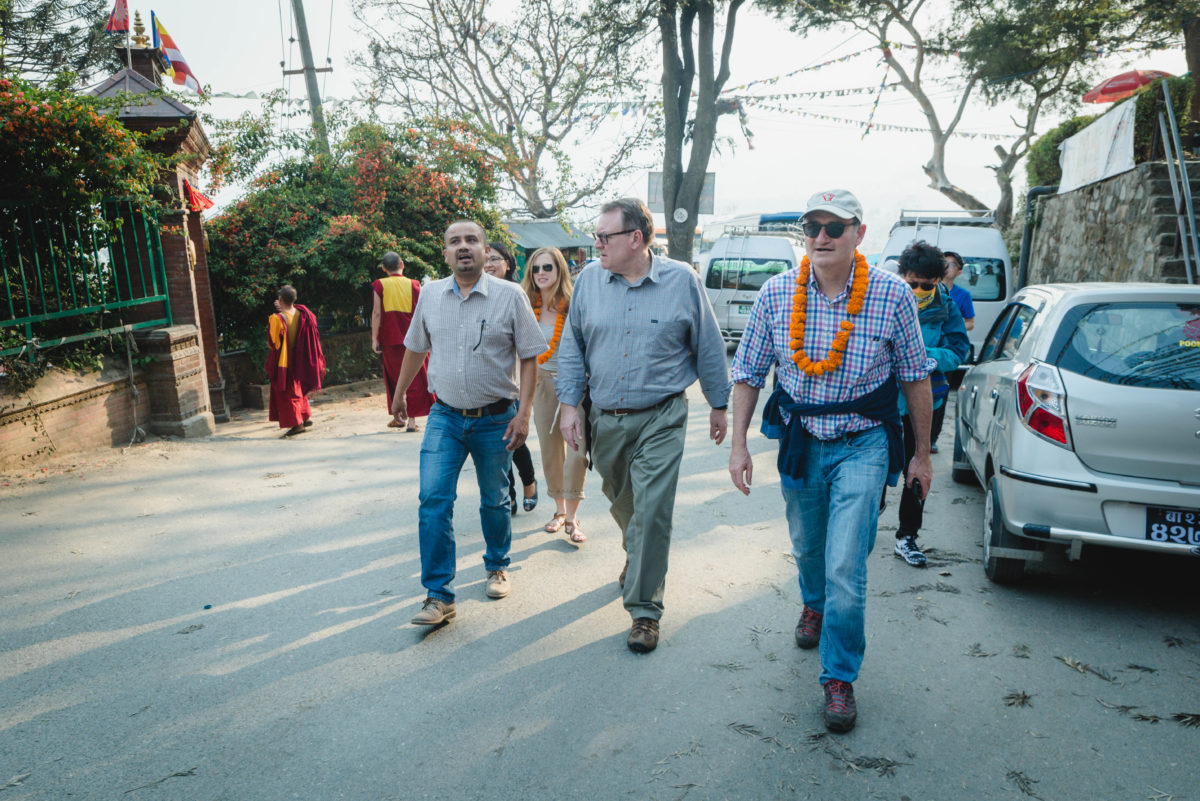 In Nepal, where the Knowledge-based Integrated Sustainable Agriculture and Nutrition (KISAN) II project is working with the country’s private sector to improve on-farm production and stimulate market development, Winrock is tailoring production efforts to consumer demand. The resulting successes are helping subsistence farmers become commercial agriculture producers and earn more income. The Winrock Board of Directors, including Ferguson and board member Peter O’Neill, saw the work of this project firsthand in March 2018. 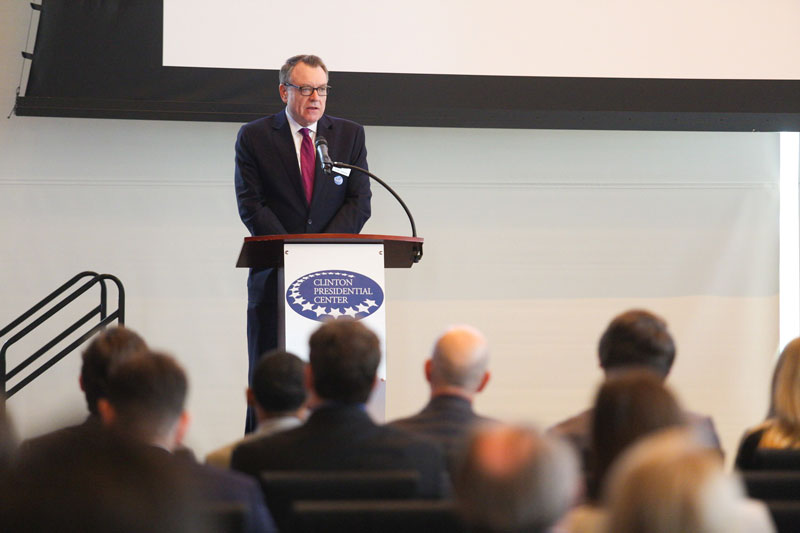 At the Delta I-Fund Demo Day, Ferguson noted that although Winrock works around the world, he is proudest of its work in Arkansas — a message that resonated more deeply with the presence of both Arkansas Governor Asa Hutchinson and Winthrop’s grandson and Winrock Board member Will Rockefeller at the event. “It’s a lot easier to have sweat equity in Silicon Valley than it is in Helena, Arkansas, or other places where you have to work a lot harder to connect to those resources,” Ferguson said. “Thanks to the support of the Delta Regional Authority and the state, we’re able to give these people a sense that they’re not alone.”

And the legacy lives on …

This story originally appeared in the June 2019 issue of RockLinks, a newsletter about Rockefeller Family philanthropy.