Mercy Dahn was 9 years old when she began working on her father’s rubber farm in Liberia. At first she dug holes and planted young trees, but as she grew older, the tasks grew more difficult and dangerous. She worked with acid that irritated her skin, and carried heavy buckets of latex that leaked wastewater into her eyes. She never thought of stopping because her family needed help. Going to school was out of the question. 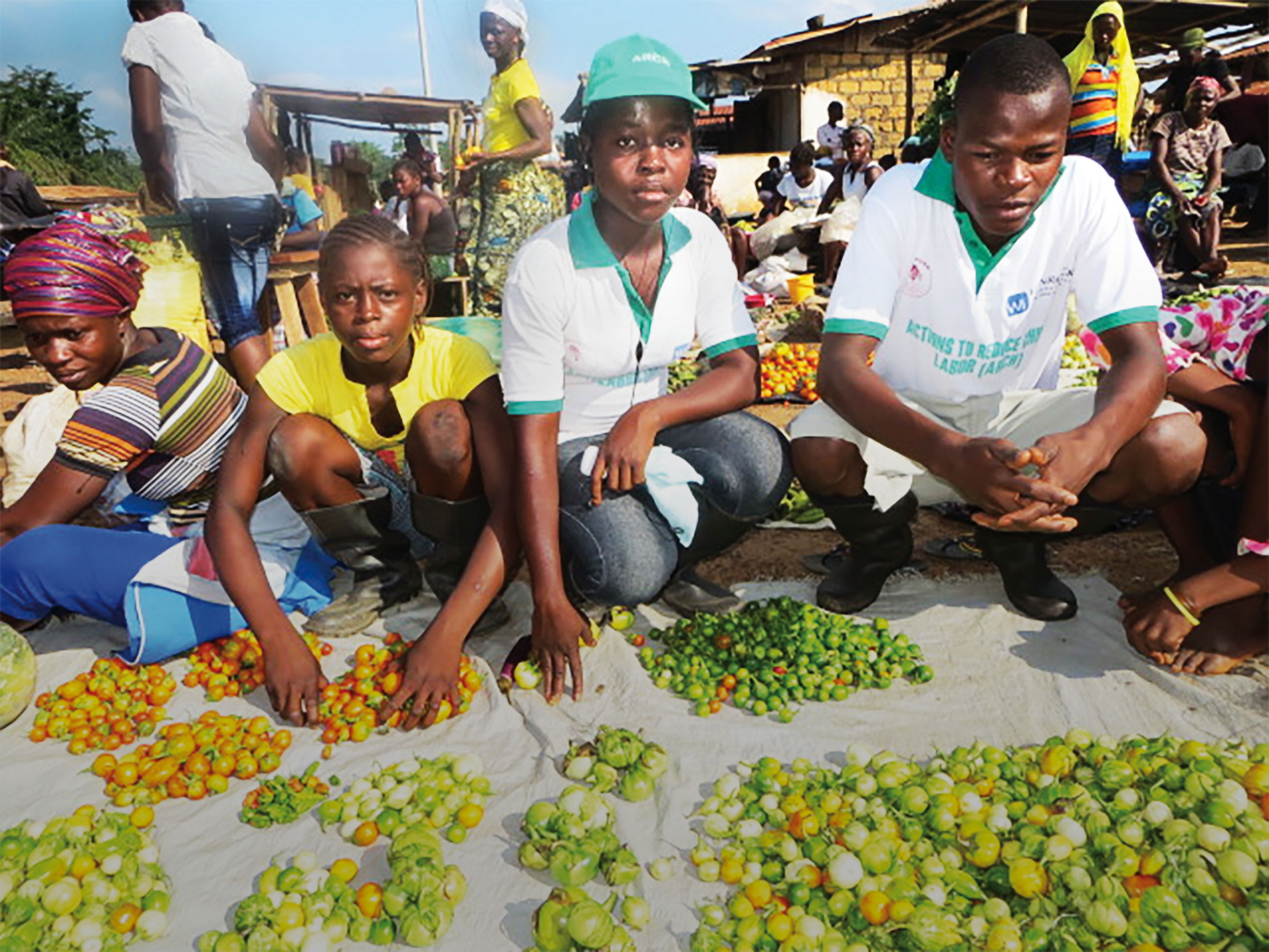 Mercy Dahn, second from right, and other students display their produce at a local market in Karnwee, Liberia.

But Mercy’s life began to change two years ago, when she learned to grow and sell vegetables as a way to provide income for her family and to go to school. Now 17, Mercy’s life has improved in part thanks to the U.S. Department of Labor-funded ARCH (Actions to Reduce Child Labor) program, which is run by Winrock. The project brings rubber companies, unions, farmers and communities together to create shared solutions to reduce child labor. Winrock is also collaborating with governments, the private sector and families to eliminate child labor in Rwanda’s tea industry and cocoa-growing communities in Ghana.

Building coalitions of government, private companies and civil society is perhaps the only way to move the estimated 168 million children working at unsuitable tasks into school and more appropriate work. Companies need to be committed to enacting and enforcing policies to monitor and prevent child labor, while families need economic opportunity to replace the income earned by their children. Now that she’s in school, Mercy is building a better future for herself while still contributing to her family’s livelihood. “It is the economic hardship that caused my daughter to do the work she did,” says Mercy’s father, who attended ARCH workshops that raised awareness of the hazards of child labor. “But thank God it’s over.”