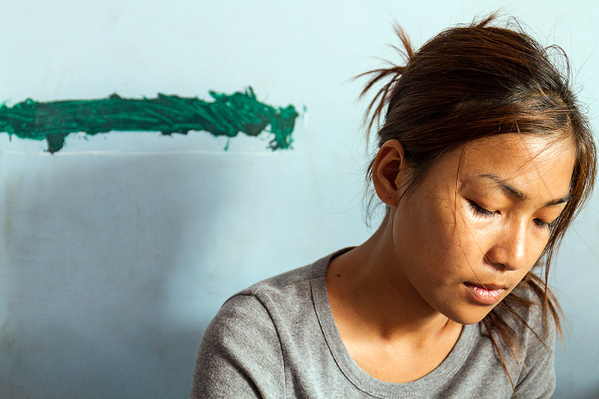 Money was scarce in Kanya’s family (not her real name). Her father had died and her mother was sick, leaving her as the sole provider. When her aunt suggested marriage to a wealthy Chinese man and the opportunity to send money home, she agreed. At age 20, Kanya had never heard about trafficked brides. She was sold for about $16,000 and joined, on a plane to China, three other women who shared a similar fate.

When she arrived in China, Kanya soon learned that marriage was not in her future. She was forced to live and have sex with her buyer. Her passport was confiscated. After two months, she was returned to the broker and sold to another man for the same purpose. Eventually she was held captive and forced to work in a factory without pay.

Kanya was able to escape and was arrested by Chinese authorities. Fortunately, she had memorized her passport number, and with the help of the police, was able to travel more than a day by bus to the Cambodian consulate in Shanghai. Returning home was her goal, and she was able to make her way to the Cambodian embassy in Beijing to be repatriated. Without the money to purchase an airline ticket home, however, she had to contact family members and wait for the funds to arrive.

Four months after her escape, Kanya arrived back in Cambodia ashamed and demoralized. Through friends, she learned about the Cambodian Women’s Crisis Center, a Counter Trafficking in Persons program partner, where she received counseling, food and medical assistance. Following an assessment to determine her interests, Kanya entered vocational training to become a beautician. Today she studies during the day and works in a restaurant in the evening. After finishing vocational training, she will receive assistance in developing a business plan and securing a small business grant. She hopes one day to open her own beauty salon.

The Counter Trafficking in Persons program, a four-year project funded by USAID and implemented by Winrock International, is dedicated to giving trafficking survivors the help they need to reintegrate into society. It offers counseling and self-help groups, training and job placement services, business planning support, and small grants.