Partners Collaborate to Bring Trafficked Men Back to Cambodia

They left to work — to make a decent income and forge a better life for themselves and their families. But the 54 Cambodian men who were lured away from their homes and country for what they thought was legal fishing in Malaysia quickly discovered the truth. They had been trafficked to Thai fishing boats. The money they were promised did not appear, and they were kept in near subhuman conditions. Their official documents were confiscated so they couldn’t run away when the ship docked to refuel.

Four months later, authorities seized the ships in Indonesian waters and sent the men to a detention center for illegally poaching fish. There they were rescued and returned home to Cambodia. Their captors have not yet been caught.

“We had no safety, no security, no law, nothing besides trying to work hard and protect our lives from being at risk,” said one of the victims (who, like all of those interviewed, chose not to reveal his name). 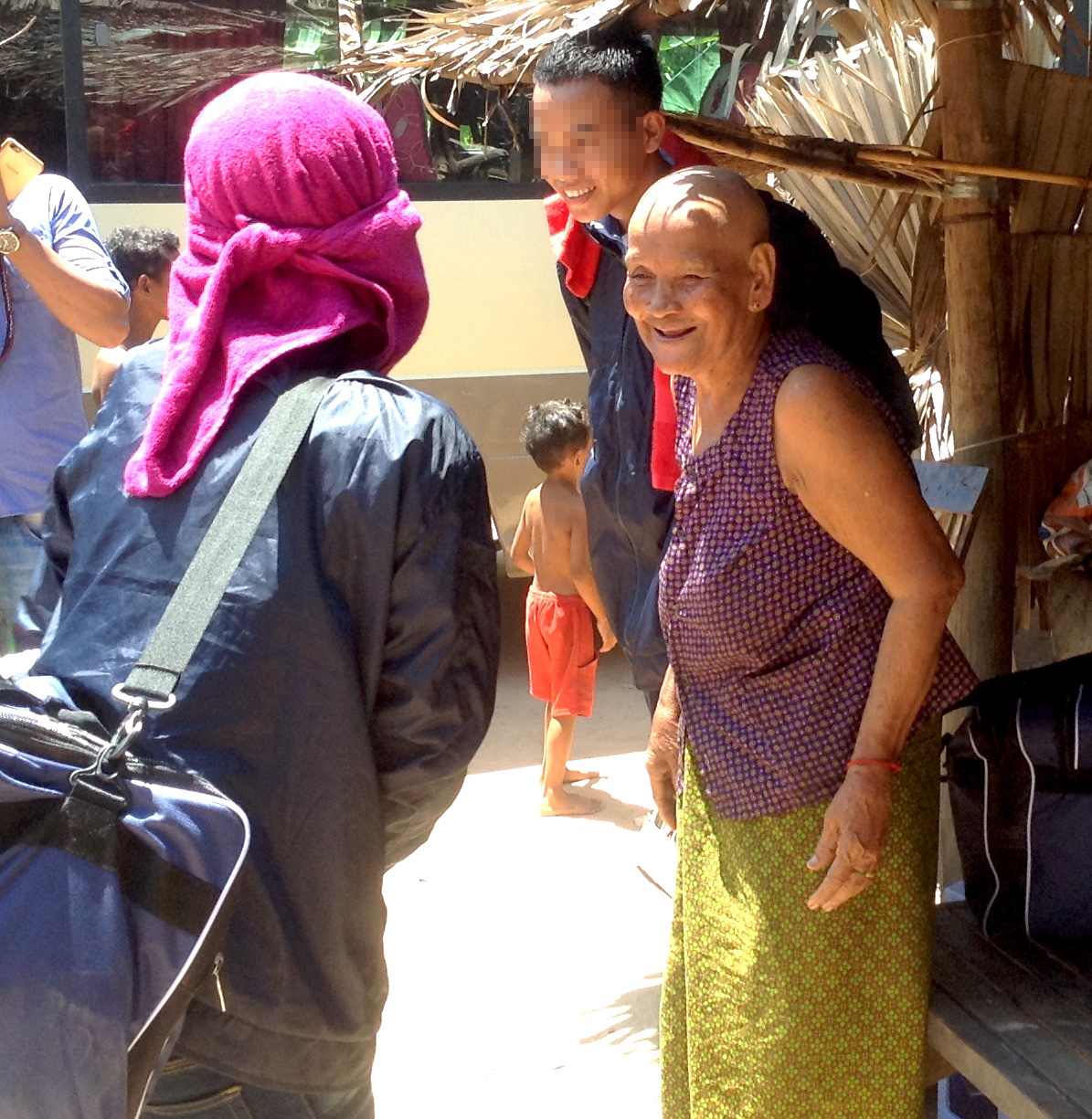 After months at sea, a trafficked fisherman is welcomed home by his grandmother and other family.

Their safe return was the result of a strong collaboration led by the International Organization for Migration with the Cambodian government and other key partners of USAID’s Cambodia Countering Trafficking-in-Persons program (CTIP), implemented by Winrock. Other partners include the International Justice Mission, the Cambodian Center for the Protection of Children’s Rights, Legal Support for Children and the Women and Cambodian Human Rights and Development Association.

“We are glad to have been a part of bringing these men home and ensuring they are safe,” said the International Justice Mission’s Cambodia Director Peter Williams. IJM provided technical assistance to the Cambodian anti-trafficking police as they interviewed the survivors and learned about the long working hours, poor living quarters, meager pay and confiscation of official documents.

Staffers from Winrock International and the Cambodian Center for the Protection of Children’s Rights accompanied nine of the men back to their villages, where their families welcomed them home. “Thank you so much to NGOs and government officers that assisted our family,” said one of the survivors’ family members.

“CTIP really could not do it alone. We need good cooperation, support and contribution from all,” said CTIP Protection and Reintegration Specialist Un Vuthy.

CTIP has been working on similar cases since 2011, supporting 313 fishermen through legal aid, repatriation assistance, reintegration support and social services. The program also provided legal aid for the case against Giant Ocean, a recruitment agency that lured more than 1,000 Cambodians to work in exploitative conditions on fishing boats around the world. (For more information, view the CTIP video “Where is the Horizon?”)

CTIP will continue to support the survivors and prevent re-trafficking with such programs as chicken raising, the farmer promoter program (which helps farmers become advisers) and working with commune councils to improve the livelihoods of those vulnerable to trafficking.

But the best deterrent may be the returnees themselves.

One warned others that before migrating to another country “you must have complete documents and all the information to protect yourself from exploitation and labor trafficking.” Another said, “I am determined to stop unsafe migration to other countries because the bad experience I had … taught me a lot.”