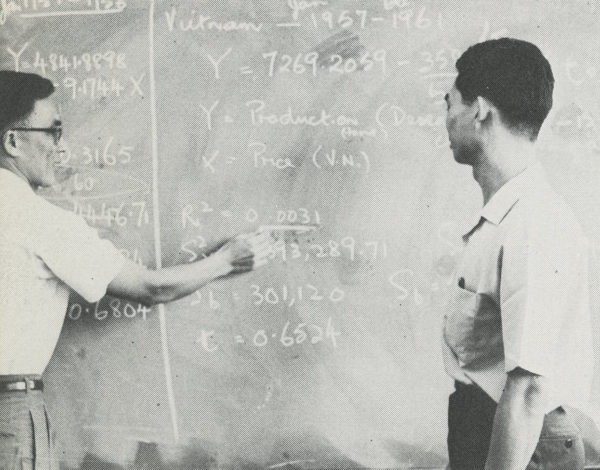 Winrock International’s connection with Thailand’s Kasetsart University began before Winrock itself. Only 12 years after Kasetsart was established in 1943, one of Winrock’s founding organizations, the New York City-based Agricultural Development Council (then known as the Council on Economic and Cultural Affairs), began helping Kasetsart University form an agricultural economics program.

It was the beginning of a relationship that has borne fruit for decades, most recently through Kasetsart’s collaboration with the USAID-funded Feed the Future Asia Innovative Farmers’ Activity (AIFA), implemented by Winrock, which has given smallholders in South and Southeast Asia the knowledge and resources they need to grow more crops and earn more income by accelerating the transfer and adoption of innovative agricultural technologies.

AIFA worked with Kasetsart’s Horticulture Innovation Lab Regional Center, which provided research and development funds for such agricultural entrepreneurs as a spirulina production system that promises to be a source of food as well as a household income-producer and drying beads that
keep seeds and grain safe and dry.

“Our team at Kasetsart University believes that it is critical for social entrepreneurs, investors, government officials and food security experts to work together toward improving the lives of farmers and promoting food security,” says Dr. Poonpipope (Poon) Kasemsap, director of Kasetsart’s Horticulture Innovation Lab Regional Center and a critical contact during AIFA.

A Long History of Collaboration 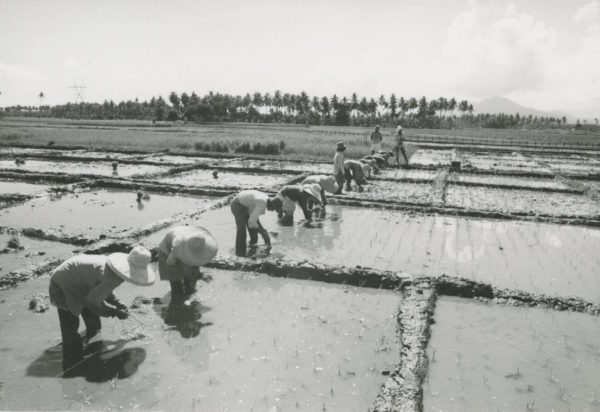 Collaboration has been a constant between Kasetsart and Winrock and its founding organization. Kasetsart was A/D/C’s principal partner in Thailand and its sponsoring institution when it decided to open an office in Bangkok.

For three decades, from 1955 to 1985, A/D/C, which was founded by John D. Rockefeller III in 1953, built agricultural and social science expertise in Thailand and other Asian nations from the inside out. This included the training of more than 60 Thai scholars, most of them from Kasetsart, who received Ph.D.’s and master’s degrees in the United States and then returned home to use their expert knowledge for the good of their home countries and institutions.

“The Council trained the trainers, and you can certainly see that at Kasetsart,” says Grace Tongue, who worked at A/D/C from 1966 to 1980 and visited Kasetsart in 1974 and several other times. “There’s evidence all over the university that the council was there.”

In addition to training Thai scholars, A/D/C sent American professors to Kasetsart to conduct research and provided grants for Kasetsart faculty to conduct small studies. And then there were the A/D/C associates, beginning with Dr. Clifton Wharton, who was the Thai associate from 1957 to 1964 and went on to become president of Michigan State University, CEO of TIAA-CREF and deputy secretary of state in the U.S.

The associate concept was the linchpin on which A/D/C’s development of homegrown expertise was built. Someone had to identify the scholars who would be receiving the fellowships, and that required an understanding of the country and its promising talent. The first Thai associate to live in Thailand was Russell Stevenson, who served from 1969-1970 and worked primarily with Kasetsart’s department of rural education. Another important Thai associate was Shao-er Ong, the first associate born in Asia (Nanking, China), who served from 1970 to 1977.

A/D/C saw its role as much broader than handing out scholarships; it was molding institutions, giving them the wherewithal to pursue their own Asian-centric scholarship and agenda. For that reason, there were publications and conferences, many of them held at Kasetsart.

By the early 1970s, A/D/C’s work had begun to bear fruit and there were social scientists actively pursuing their careers throughout Asia. There was a need for more cross-Asia study and idea exchange. A/D/C created an Asian Fellowship Program to meet these needs, setting up its headquarters in offices at Kasetsart University in 1971. The Asian Fellowship Program awarded master’s-level candidates graduate assistantships at Asian universities in countries other than their own. The program fostered relationships across the region, promoting collaboration on shared problems among researchers, academics and development practitioners. There were conferences and publications, and an interregional program was developed to support collaborative research, publications and professional meetings.

In 1985, A/D/C and two other Rockefeller founded organizations merged to create Winrock International. Winrock has continued to work with Kasetsart through the years. For instance, Winrock partnered with Kasetsart and other universities in the 1980s and ’90s as part of its Forestry/Fuelwood Research and Development Project. In 2004, Winrock created the John D. Rockefeller 3RD Scholars Program to continue the Rockefeller family’s longstanding commitment to building the capacity and leadership skills of scholars in emerging countries. The program promotes independent social science research and strengthens the analytical skills of young professionals, primarily in Asia. Research themes focus on the development challenges facing disadvantaged groups, including women, youth, ethnic minorities and low-income groups.

The program’s inaugural research team involved two Kasetsart professors. They joined colleagues from other institutions to investigate how the rural poor in Thailand and Vietnam can be compensated for protecting environmental services needed by urban residents, such as clean drinking water from forest watersheds. These payments for forest environmental services (PFES) can provide a sustainable livelihood for rural communities while protecting sensitive forest watersheds. The Kasetsart University researchers were Dr. Penporn Janekarnkij and Dr. Prapinwadee Sirisupluxana, from the Department of Agriculture and Resource Economics. 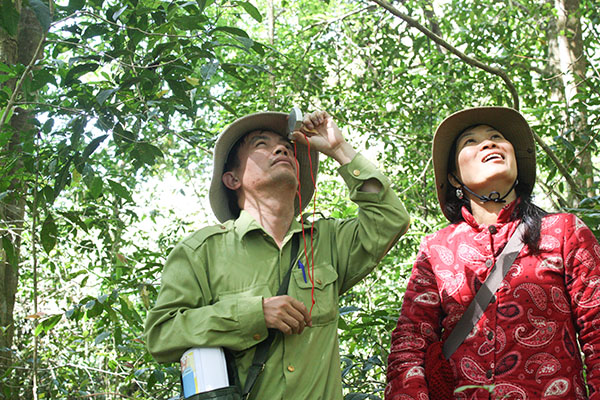 More than a dozen Kasetsart professors were involved in the climate change curriculum, including Dr. Sapit Diloksumpun, who applied standard procedures for carbon measurement in the field. “Everyone is concerned with climate change in Thailand now, including universities,” Diloksumpun said in an interview about the project. “USAID LEAF has prepared very good teaching materials, and integrating them into Thai universities is important for the future of climate change education in Thailand and across the region.”

Most recently, the Winrock-Kasetsart partnership has continued with additional collaboration between Winrock and Kasetsart following the success of the AIFA project.

“I think it is good to keep connection with Winrock… so that it gives a window to Kasetsart personnel to have international exposure to rural areas and development projects that keep them close to the original mission of Kasetsart,” said Kasemsap on a recent visit to Winrock’s Washington, D.C., office.

And beneficial is a good way to describe the Winrock-Kasetsart relationship. It began that way and has continued that way for almost 65 years. It’s a partnership that’s been good for Kasetsart, good for Winrock — and good for the world.