Winrock and the World Food Prize

On October 16, World Food Day, the World Food Prize will be presented to Dutch plant breeder Simon Groot, who revolutionized the tropical seed business with his company East-West Seeds. Winrock has many connections to the prize and its current laureate.

The year was 1985 and the ink was barely dry on Winrock’s merger document when its first president, Robert Havener, teamed up with founding board member Norman Borlaug to help create the World Food Prize. Borlaug, who is credited with saving a billion people from starvation with his high-yield wheat, had wanted to create such an award ever since he received the Nobel Prize in 1970. He thought the world needed an agriculture prize and had tried without success to interest the Nobel Foundation and other organizations in sponsoring it. 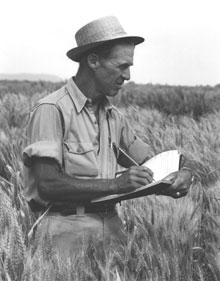 But in Havener, whom he had known since early in his plant breeding days, he had a perfect ally. “Bob Havener was an outstanding leader. … At that time, Winrock was undertaking several innovative initiatives,” says senior associate and longtime Winrock employee Henk Knipscheer, equating the World Food Prize with two other early groundbreaking programs, African Women Leaders in Agriculture and the Environment (AWLAE) and the Sasakawa African Fund for Extension Education (SAFE).

Borlaug and Havener took the agriculture prize idea to General Foods, where its senior vice president of research and development, A.S. Clausi, the inventor of Jello Instant Pudding and Alpha-Bits cereal, began to investigate it.

General Foods was looking to make better use of its philanthropic dollars, but at first Clausi wasn’t impressed with the proposal. “When I heard about an agriculture prize, I thought there must be a million of these things. Didn’t they have a better idea than that?” says the now 97-year-old Clausi. But after his team conducted some research, Clausi learned that the agriculture prize field was wide open.

Clausi shaped the idea into a proposal that was ultimately embraced by General Foods, which became the award’s first sponsor. Among other things, Clausi decided it should be a food prize not an agriculture prize. “Growing food is very important but getting it on the table is even more important. Making it a food prize allowed us to cover all the links in the food chain,” he says.

In his history of the World Food Prize, Clausi writes that “one of the conditions for General Foods accepting sponsorship was my insistence that Winrock serve as the secretariat for the Prize.” It was important to separate the sponsor from the selection process, Clausi explains, and “Winrock had an excellent reputation as an NGO in the area of world agricultural research and development.” 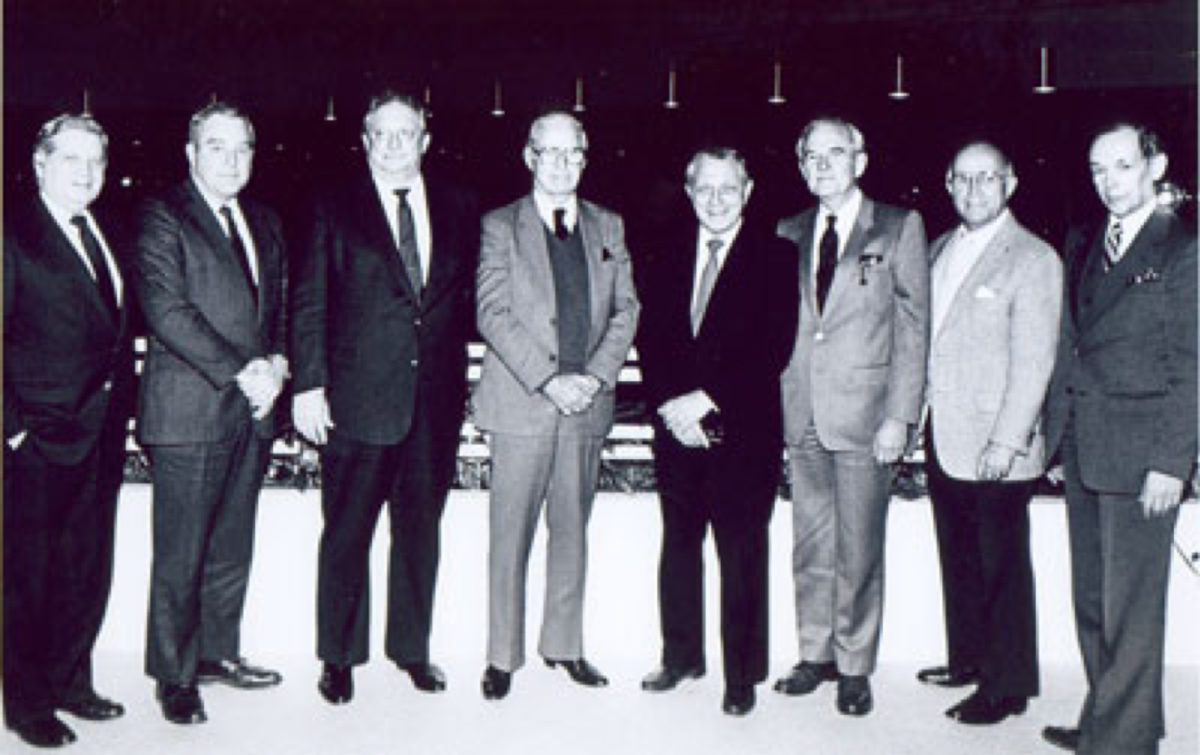 Robert Havener, third from left, stands with Norman Borlaug and A.S. Clausi (center) and other members of the World Food Prize’s first Council of Advisors.

Once General Foods decided to sponsor the prize, Winrock served as its secretariat from 1987 to 1990, helping build its Council of Advisors and administering the prize during its formative years. Havener and Borlaug were on the first Council of Advisors, and Winrock employee E.W. “Ted” Williams served as part-time staff for the prize. “I have very fond memories of Winrock,” Clausi recalls, including many meetings held at the Petit Jean Mountain headquarters.

The World Food Prize was announced with fanfare in May 1986, and the first award — to M.S. Swaminathan, known as the father of the Green Revolution in India for helping his nation become grain self-sufficient — was given in 1987 at a lavish ceremony held at Washington, D.C.’s Smithsonian Institution.

“Winrock was the secretariat for three years and then they looked for a new major funder for the prize and found one in [philanthropist John Ruan Sr.] and the state of Iowa. So eventually the prize administration shifted there,” Knipscheer explains. This was fine, he adds, “because it wasn’t our goal to keep the prize.” 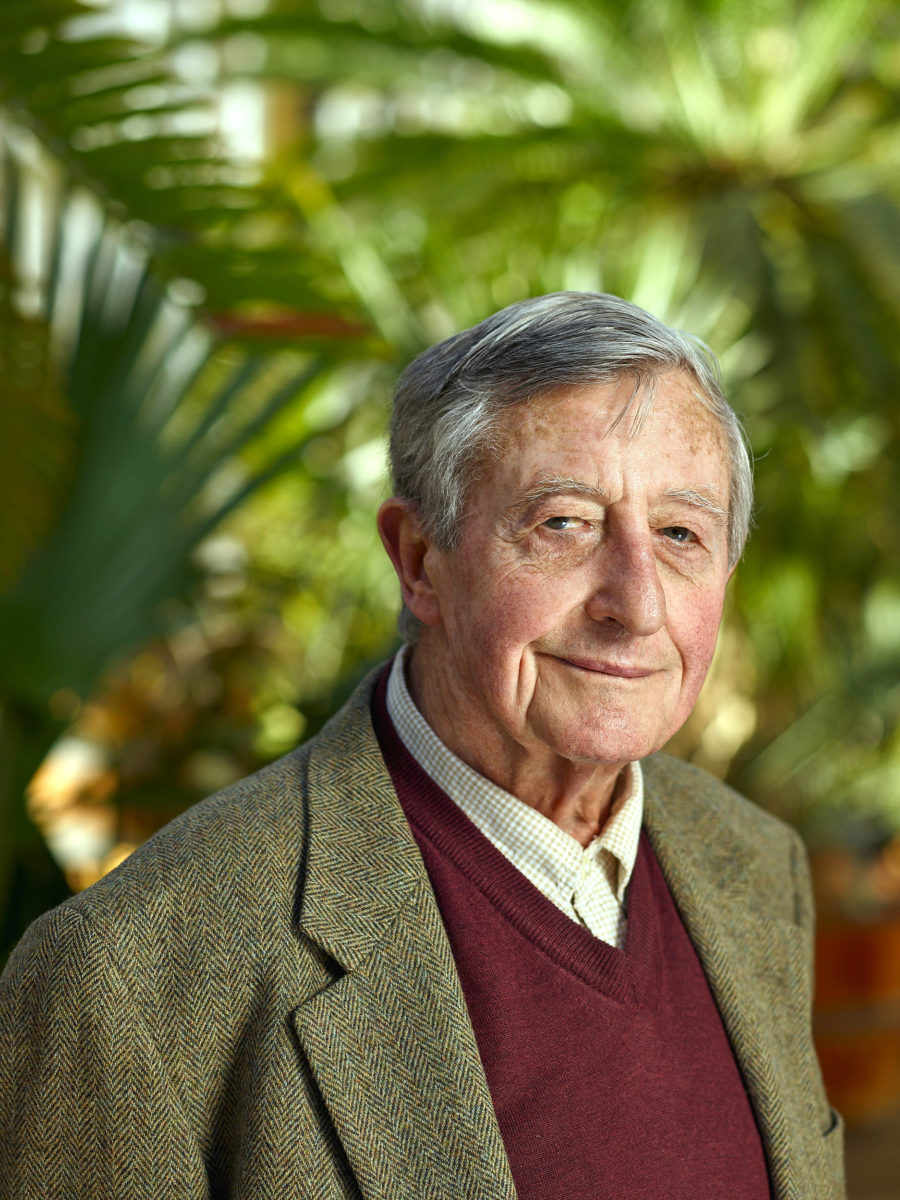 Winrock may have ceased its administration of the World Food Prize, but it has not stopped its association with it. This year’s winner Simon Groot and East-West Seeds have several ties with Winrock. “I was introduced to Groot and his firm by a third party,” Knipscheer explains. “We explored possibilities of cooperation [including a proposal requested by the Gates Foundation that didn’t work out] but we always kept in contact with East-West Seeds.”

Most recently, Winrock worked with the company when it was a subgrantee in the horticulture work of the Philippines Cold Chain project, funded by the U.S. Department of Agriculture. East-West Seeds provided training to horticulture beneficiary groups and distributed its own seeds as part of their engagement.

East-West Seeds actually began in the Philippines, where Groot introduced the first locally developed commercial vegetable hybrids in tropical Asia. A unique and important part of the company is its Knowledge Transfer program, which trains farmers in agricultural production methods and has boosted incomes and improved nutrition throughout the world. 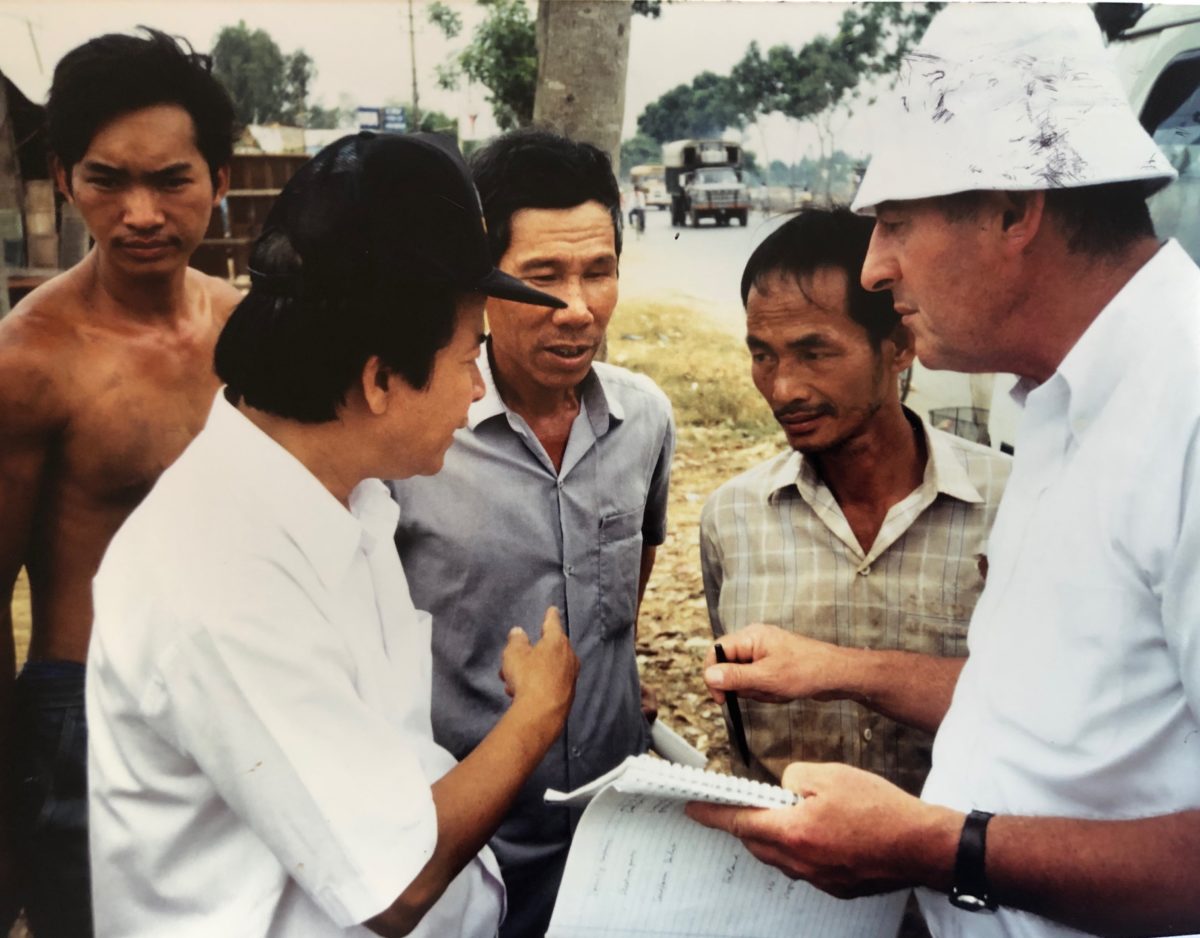 On the horizon now is a potential partnership between Winrock and the Indonesian branch of the company. “We’re interested in working with Winrock,” says Afrizal Gindow, deputy managing director of East West Seeds Indonesia (EWINDO).  “We have similarities and the same goals.” The partnership will help farmers access solar water pumps as part of the Private Investment in Enhanced Resilience (PIER) program.

Winrock and East-West Seeds share an important goal: empowering small farmers. Perhaps the best example of this was Winrock’s partnership with the seed company through the second phase of the USAID-funded Kingabwa Rice Intensification Program (PIRK II), which ran from 2015 through 2018 in the Democratic Republic of Congo. 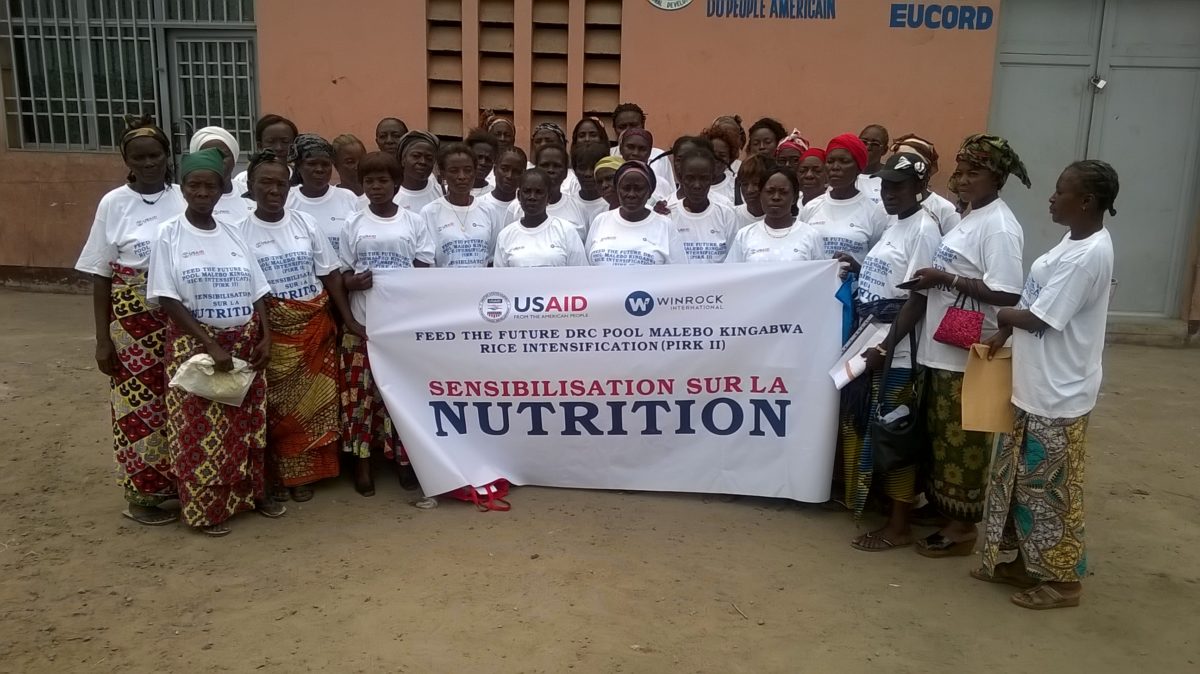 Nutrition was an important aspect of the PIRK II project in the Democratic Republic of Congo. Photo: Emola Peppen.

Former PIRK II horticulture specialist Amigo Mikanda says there was a 16-percent increase in households that integrated market gardening in Kingabwa, which not only increased produce sales to local supermarkets, but also improved nutrition. It’s the nutrition results that most impressed Knipscheer. At the end of the project there were meetings with various groups of women. “They said their children were healthier, growing better and less often sick,” Knipscheer says.

According to Mikanda, Kingabwa market gardeners continue to use East-West seeds, part of PIRK II’s sustainability plan. Like Winrock’s connection with the World Food Prize, the changes are enduring.