Winrock and USAID launched the USAID Hamro Samman program at an event in Kathmandu, Nepal, on July 30, World Day Against Trafficking in Persons.

“We are honored and proud to be launching the Hamro Samman program which builds on Winrock International’s experience in the region and our long history in Nepal,” said Winrock’s Senior Vice President of Programs Joyjit Deb Roy at the event.

The program builds on the longstanding partnership between the Government of Nepal and the U.S. Government to prevent human trafficking incidents, prosecute offenders and provide rehabilitation services to trafficking survivors. 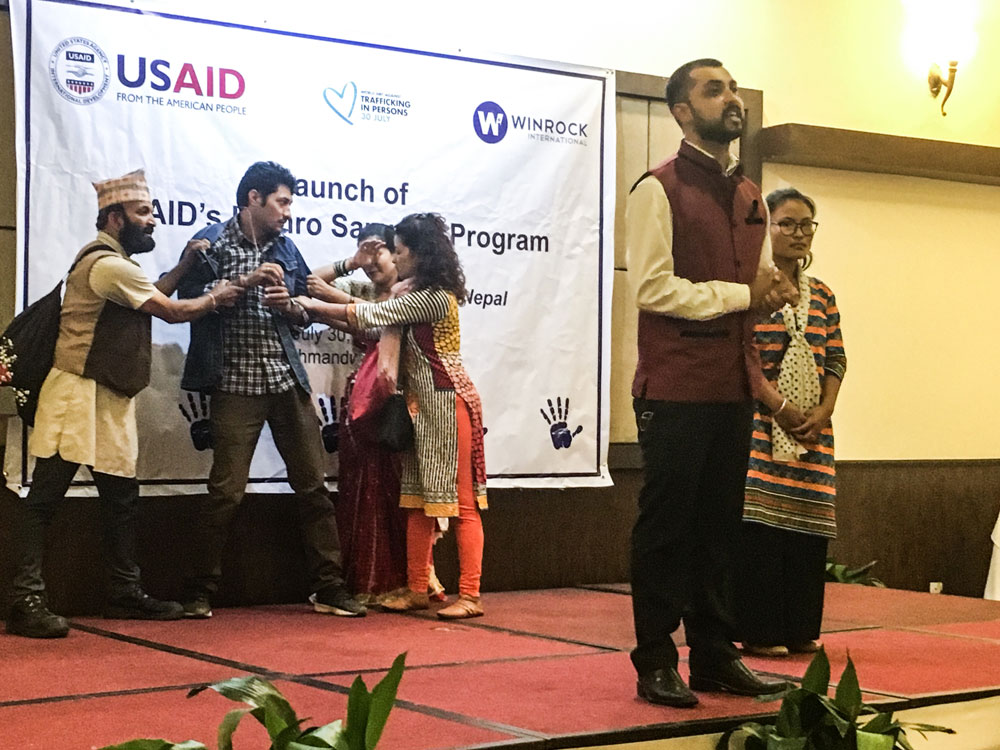 In #Nepal Chief Kiran Bajracharya fights modern slavery- a trafficking in persons #hero. @WinrockIntl is proud to work with you. pic.twitter.com/tvNxIOlh2H