Many of the world’s most vexing challenges span national borders and jurisdictions and are best solved collaboratively. As a result, many leaders are concluding that partnerships between government, nonprofit, private-sector and other stakeholders are the key to lasting solutions.

Winrock International recently hosted an online panel discussion to mark an ongoing three-year partnership between Mars Petcare and the USAID Asia and Thailand Counter Trafficking in Persons (CTIP) programs to address the needs of vulnerable migrants working on fishing boats in Thailand. The collaboration is led by Winrock and supported by international development consultancy Resonance Global. “A New Decade: Partnering for Action to Counter Trafficking” featured a panel of experts exploring how such partnerships will evolve over the next five to 10 years and offering practical ways to design, negotiate and implement effective partnerships to address human trafficking in Southeast Asia.

Steven Olive, the Mission Director for the USAID Regional Development Mission for Asia, said he hoped the panel “will be a starting point for participants from different sectors to continuously interact and collaboratively reduce people’s vulnerability to trafficking and better protect the rights of trafficked persons.”

Winrock International CEO Rodney Ferguson said, “This has been one of our signature projects globally for a lot of reasons, not least of which is the wonderful partnership that we enjoy with Mars Petcare. The partnership is illustrative of the kind of work we’re trying to do across the world where we bring in the talent and resources of partners.”

Panelist Supavadee Chotikajan is leading Mars Petcare’s efforts to develop an action plan to eliminate human rights abuses in its supply chain, including the elimination of forced labor and ensuring that human rights are respected throughout the company’s supply chain.

Asked by moderator Chris Moore of USAID Asia to discuss how the approach to tackling human trafficking has changed over the last five years, Chotikajan said there was far less collaboration earlier. In recent years, she said, Thailand’s legislature has worked on legislation to combat trafficking in the fishery industry, and Mars is joining with governmental and non-governmental partners such as USAID and Winrock to pilot technological solutions to such problems as the unethical recruitment of migrant workers and workers’ inability to communicate with their families while at sea.

One pilot project from the collaboration provides communication devices to workers on 20 vessels in the Adaman Sea south of Thailand so that workers can remain in touch with their families. Another pilot project is a blockchain-powered platform to support migrants’ applications for legal work documentation in Thailand.

The question, Chotikajan said, is, “Can we take some of these small piloting initiatives and scale them up, then link them more to the [Thai] government’s advocacy?”

Panelist Araya Poomsaringkarn, a Private Sector Engagement Specialist for Resonance Global, stressed the growing importance of local partners to the successful implementation of anti-trafficking efforts such as the communication-at-sea pilot.

“Local partners who know these stakeholders really well are more important than ever since they have existing relationships,” Poomsaringkarn said, adding that this has been particularly true during the COVID-19 pandemic. “They can help us, because they know what would motivate a vessel owner to work with us.” 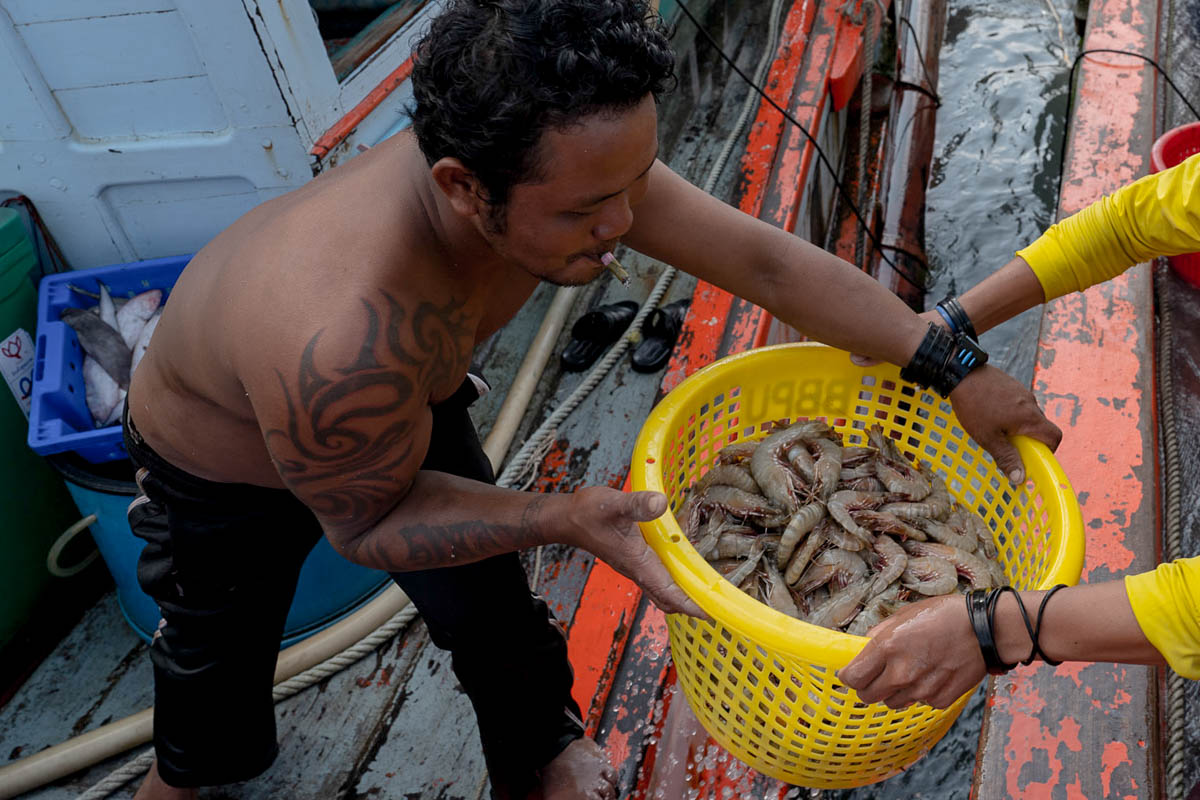 The panel discussion marked an ongoing partnership between Mars Petcare and the USAID Asia and Thailand Counter Trafficking in Persons (CTIP) programs to address the needs of vulnerable migrants working on fishing boats in Thailand. Photo: Suthep K.

Panelist Juliette Alemany of the Bangkok-based consultancy firm Fairagora Asia agreed that trust is a crucial factor in expanding these kinds of collaborative efforts in the future. She pointed to the importance of local partners in the work Fairagora has done with Vietnamese farmers during the pandemic. “Even if we’re not in the country long-term, we can reach out to [the local partners] if we need data collection,” Alemany said.

Panelists also discussed how to achieve social and behavior change among stakeholders in multi-partner counter-trafficking collaborations. Poomsaringkarn mentioned two priorities for the USAID Asia CTIP project. The first is educating migrant workers and then empowering them with new digital tools so that they have all of their documents and do not have to rely on an agent who charges a work application fee. The second priority in the case of Thai fisheries is working with vessel owners to change their mindset about migrant work. “When we try to bring up anything labor-related, they close off and won’t talk to us,” Poomsaringkarn said. “It will take some time for them to understand that this is the right thing to do… We want to make sure the people we’re working with will have a different mindset later on. We’re envisioning vessel owners co-designing solutions and technology so that they have some ownership.”

Chotikajan added that social and behavior change was also an important priority for Mars. “What we communicate as our Mars social commitments have to be clearly communicated across our supply chain,” she said.