Innovate Arkansas adviser Grejuana “G” Dennis recalls being captivated the first time she heard Misti and Will Staley pitch their product, the FreeArm. Similar in appearance to a clamp-on bedside lamp, FreeArm is an attachable device that enables hands-free tube feeding. The Staleys developed it after the death of their infant son, Freeman. Inspired by the difficult experience of caring for Freeman, the Staleys’ invention was originally aimed at making life easier for tube-fed infants and their families. 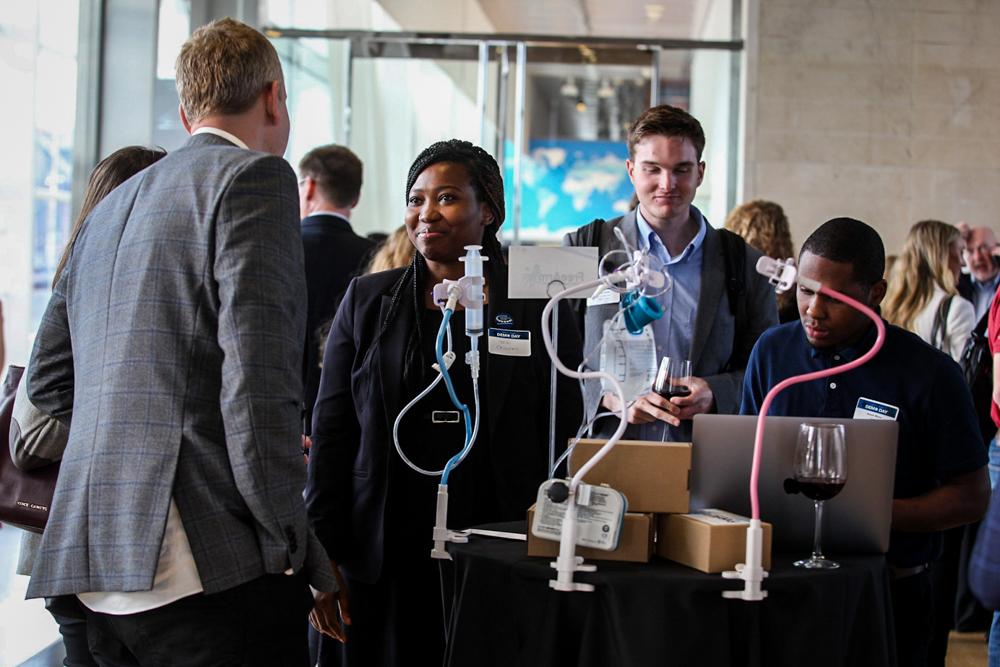 Will Staley (far left), the co-founder of Staley House, stands next to several FreeArm devices. Innovate Arkansas has worked with Staley House to help the young company achieve scale. Photo By: Jacob Slaton

Dennis arranged a meeting with healthcare professionals that quickly proved just how interesting the product was. Though the Free Arm was designed for infant tube feeding, nurses and dieticians grew animated at how it might help adults who spend their lives tethered to intravenous (IV) poles for saline infusions and other purposes.

“[Misti Staley has] developed a product for her son and other parents in the same position, but yet the market’s looking at it like, ‘Man, this could be great, this could revolutionize the existence of IV poles,’” Dennis said. “Because it makes your bag or whatever you’re attaching yourself to mobile. You can use it in a car, you can use it anywhere.” 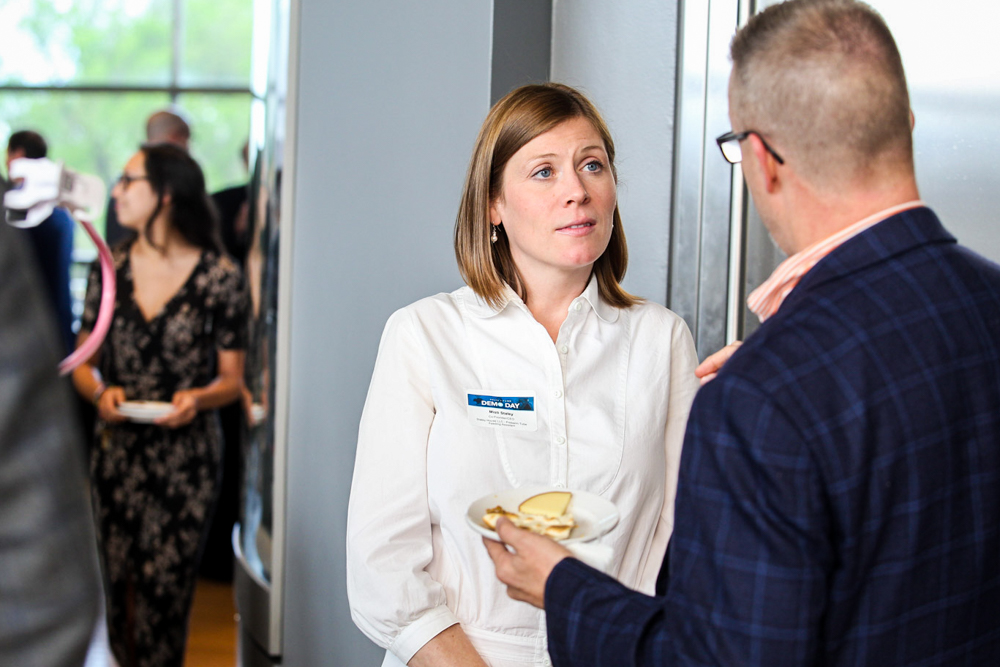 Misti Staley (center), co-founder of FreeArm manufacturer Staley House, and her husband are a client of Innovate Arkansas. Photo By: Jacob Slaton.

Helping scale promising Arkansas technology ventures like Staley House (the name of the Staleys’ company) is the mission of Innovate Arkansas, a state-funded initiative administered by Winrock International. Staley House had already progressed far as a company through the Delta I-Fund, an early-stage, proof-of-concept accelerator that trains entrepreneurs in the eight-state Delta Regional Authority territory and was also administered by Winrock. The Staleys’ work with the I-Fund included interviews with nurses that helped them develop the concept of FreeArm, eventually resulting in its certification as a Class 1 medical device.

Dennis, a former vice-president for innovation at Baptist Health, then picked up the baton for Innovate Arkansas. In addition to broadening the potential market scope of FreeArm, customer feedback meetings arranged by Dennis connected the Staleys with representatives from a major healthcare products distributor. That relationship is bearing fruit by introducing their product on a trial basis to hospitals in the distributor’s network, multiplying FreeArm’s reach exponentially. Helping companies achieve these kinds of results is at the core of what Innovate Arkansas does, says Innovate Arkansas Director David Sanders.

“What we do is accelerate, we open new markets, bring our expertise to bear to get companies to the next level,” Sanders said.

Staley House founders Will and Misti Staley present FreeArm at Demo Day 2019 for the Delta I-Fund, another program implemented by Winrock International. Photo By: Jacob Slaton

By helping position Staley House and FreeArm in the correct distribution channels, Dennis and Innovate Arkansas helped the young company achieve the next step in their process: scale.

“It’s been great to have ‘G’ as a mentor to run contracts by … to make sure that the big questions are asked that need to be asked,” Misti Staley said.