From Ancient Lands, a Modern Solution

The Eel River slices through Northern California, slinking its way up the San Andreas fault. Its rocky shores are flanked by forests ranging from the magnificent redwoods of Humboldt County to the rugged oak woodlands of Mendocino County. These landscapes not only characterize California’s world-famous natural beauty but have also historically fueled California’s booming economy as a seemingly endless source of timber.

Today, the Eel River’s forests represent another valuable commodity: carbon offsets. A scenario where forest owners meticulously inventory and monitor trees for their value as climate regulators rather than lumber may have been unimaginable to past generations, but it’s a critical part of California’s successful strategy to lower state emissions. And, as an interesting side effect, it’s had an outsized benefit for the original inhabitants of these forests — native American tribes — who are demonstrating that selling forest carbon offsets can help fund the sustainable management of their ancestral lands. 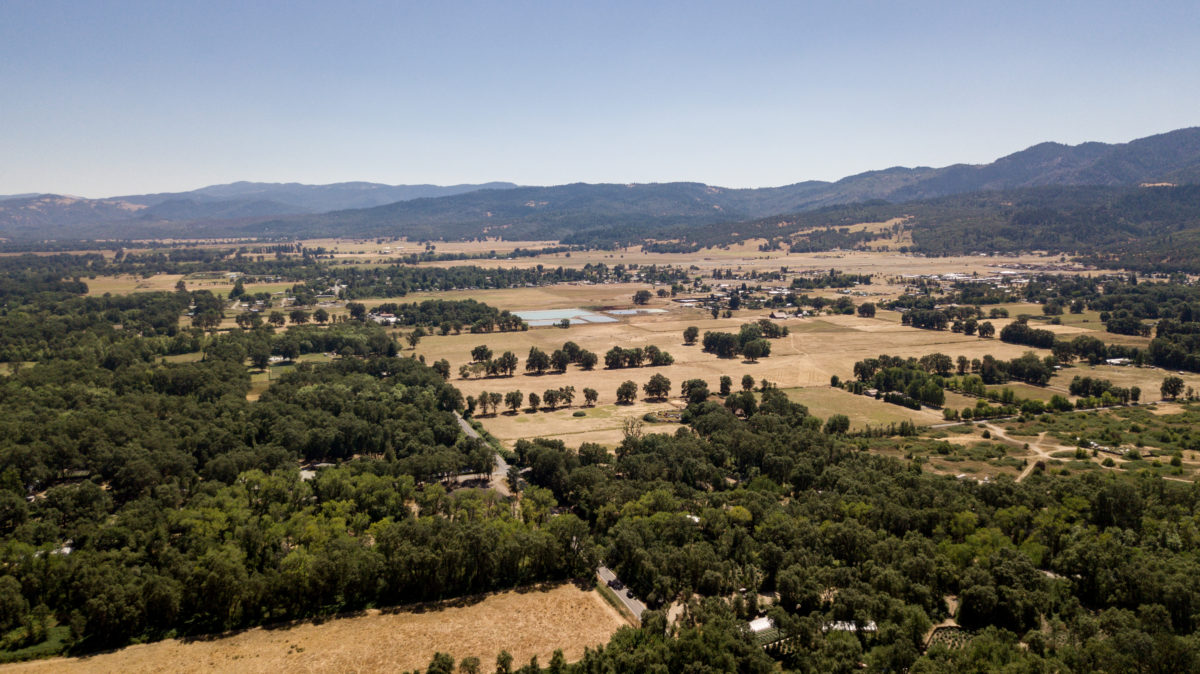 California’s cap-and-trade program was launched in 2013 as part of the state’s ambitious efforts to curb its contribution to climate change. The program caps total annual emissions released by electricity generators, large industrial emitters, distributors of transportation, natural gas and other fuels. To comply, emitting companies must keep emissions below or at their assigned cap, purchase additional emission allowances from the state emission auction, or offset up to eight percent of excess emissions by purchasing carbon credits from certified carbon projects. The American Carbon Registry (ACR), a Winrock enterprise organization, is the first private voluntary carbon credit registry in the world and one of only three approved offset registries under California’s cap-and-trade program. 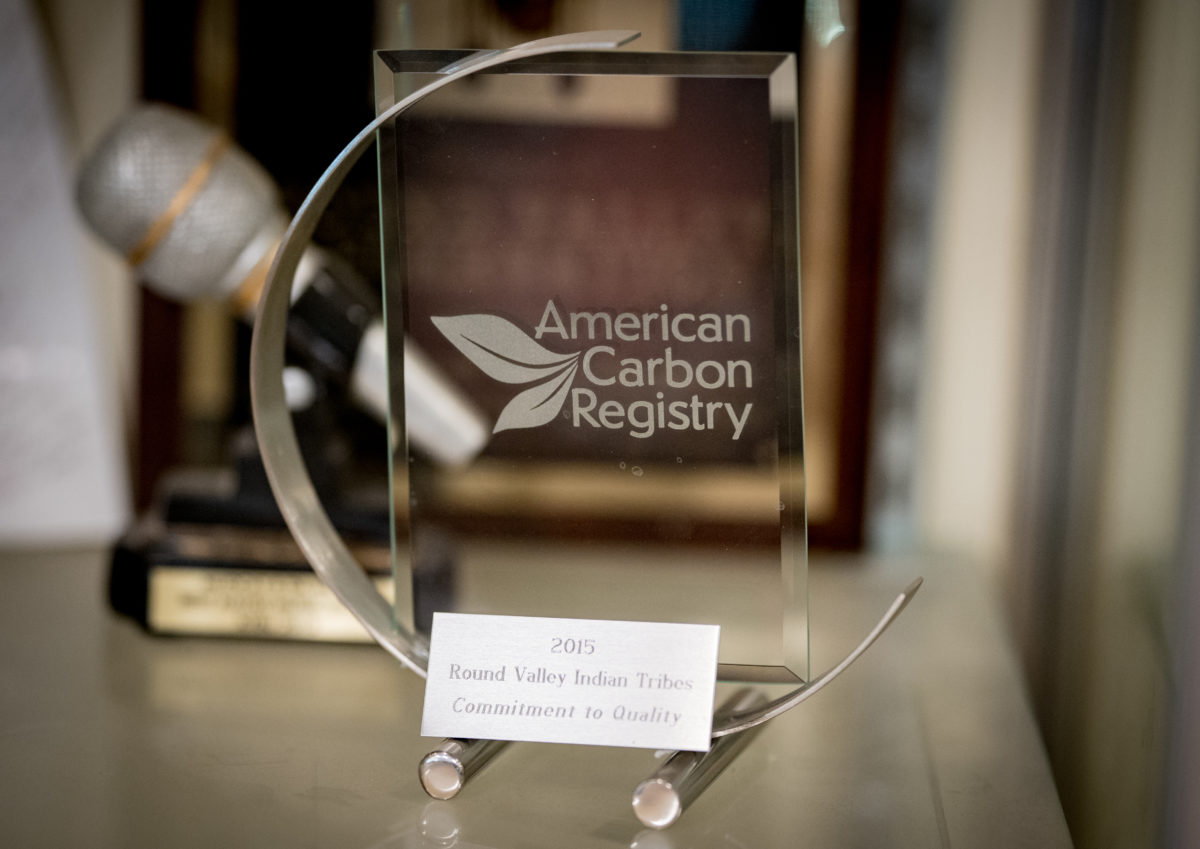 Forest carbon projects have delivered over 80 percent of the carbon offsets issued under cap-and-trade since 2013. These apply California’s strict standards for project development and documentation to demonstrate that carbon impacts are additional to any other underlying requirements or conditions, commit to maintaining those practices for 100 years, and undertake cost and labor-intensive inventories to quantify and monitor forest carbon stocks.

In many cases, these rigorous requirements undermine the viability of establishing a carbon project. While prices are on the rise in California (between 2018-2019 alone, allowance auction prices went from $15.73 to $17.16/metric ton of CO2e), carbon stocks may be too low or eligible forest lands too small to generate enough carbon offsets to outweigh the costs. However, this balance shifts where timber inventories already exist, management goals favor increased tree cover over maximum harvest revenue, and project developers own large tracts of land.

This has been the case for several native American tribes, creating a win-win scenario for the cap-and-trade system and participating first nations. In fact, over half the forest carbon offsets registered through ACR for the cap-and-trade program in California have been generated by tribes or native corporations. They leverage their existing timber inventories to develop carbon stock and growth estimates and align their conservation-oriented objectives and land management practices to establish forest carbon offset projects cost-effectively. 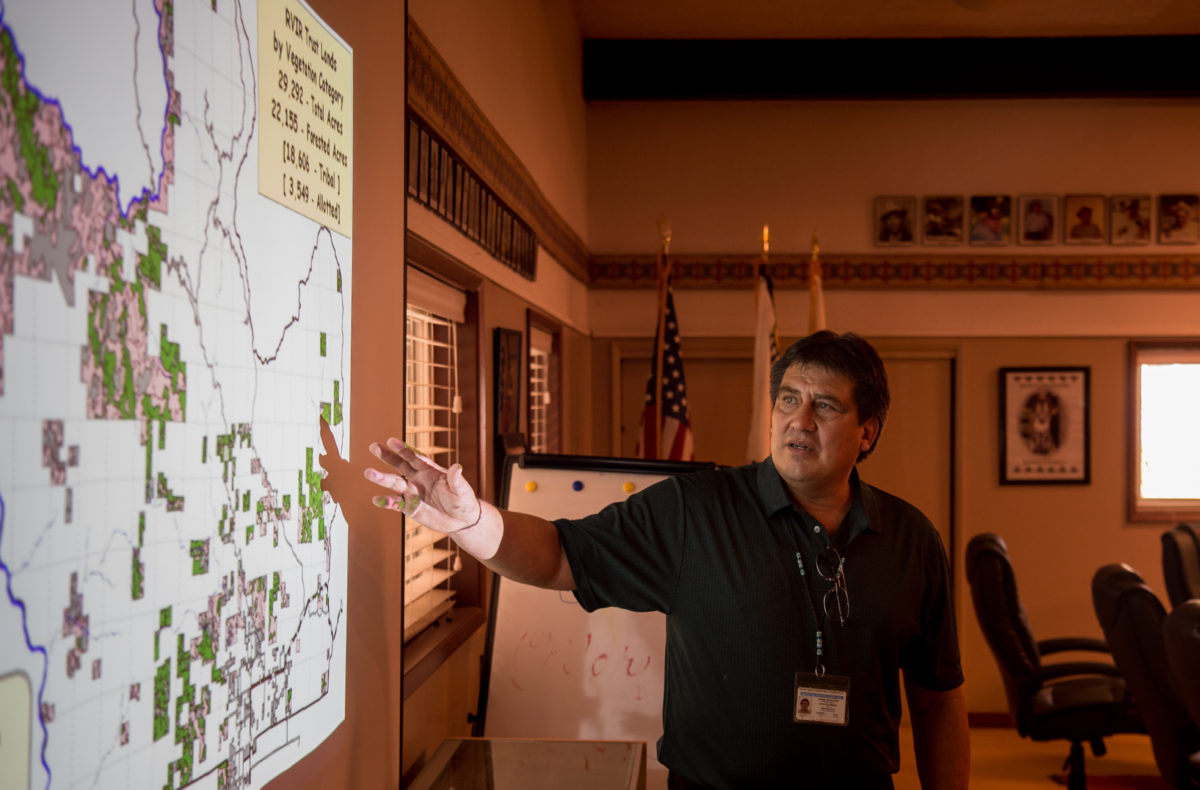 The Round Valley Indian Tribes (RVIT) in Covelo, California, showcase this dynamic, as the first tribe to start a carbon offset project in 2011 — even predating the cap-and-trade program. RVIT is one of the oldest, largest reservations in California, covering 32,000 acres of rugged, hilly terrain dominated by conifer and oak forests. These were once heavily logged to supply California’s hungry timber industry, but have been regenerating since the 1970s. RVIT has been limiting timber harvest significantly since the 1990s, encouraging growth by thinning young trees to manage competition for light and water in the dry landscape. Harvest is well below the allowable annual volume as determined by the state of California regulations, resulting in increased carbon stocks over time. This has resulted in carbon offset payments exceeding $1 million since the project began, which have been invested in natural resource management capacity-building and economic development projects in its underserved valley. RVIT’s achievements in reinforcing tribal values were recognized by ACR’s Commitment to Quality Award in 2015.

The carbon project implemented by the Yurok Tribe located in California’s redwoods is another example of tribal participation in California’s carbon offset program. Since the carbon project started, the tribe has reinvested the millions of dollars they receive in revenue each year to purchase additional ancestral Yurok land. Aside from expanding their lands from the original 5,000 acres to nearly 60,000 acres today, the Yurok Tribes have used carbon project revenue to restore forests, watersheds, and the salmon fisheries central to the tribes’ traditional way of life. 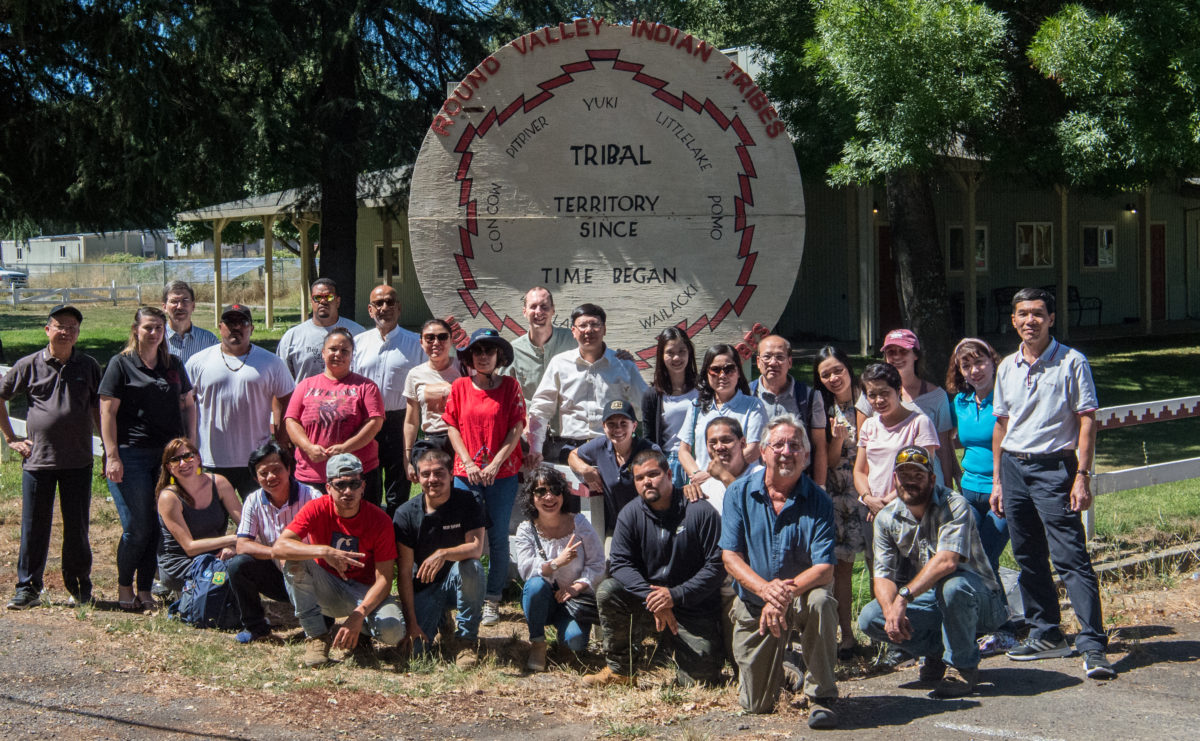 California’s cap-and-trade program offers a compelling example of how ambitious climate goals can be achieved without sacrificing economic growth — California’s economy has grown by an average of 5.5 percent since 2013 — while also funding long-term sustainable natural resource management. As countries and states worldwide continue to commit to lower emissions in response to calls for urgent climate action, successful, tested mechanisms and regulations are increasingly important to showcase.

Recognizing this, Winrock’s USAID-funded Vietnam Forests and Deltas Program and the U.S. Forest Service recently facilitated a visit by senior government officials from Vietnam. The delegation is responsible for drafting regulations whereby major carbon emitters pay forest communities to maintain/expand forest cover to offset emissions in Vietnam.  This program will build on Vietnam’s existing Payment for Forest Environmental Services (PFES) program that is already issuing millions of dollars in payments to forest communities.  During the August 2019 visit, members of the delegation met RVIT representatives in Covelo to learn how offsets are generated and revenues are invested in the community.

This type of exchange between practitioners from across the ocean is valuable in so many ways, not least for showing how climate change mitigation efforts can be a force for economic growth as well as environmental and social benefit.  As we enter the next decade, Winrock remains optimistic — and dedicated to helping partners worldwide achieve ambitious climate benefits from forests while empowering the critical communities who live in them.