The smoke came into his house and stayed, obscuring each room like an indoor fog. Inside, Arif Budiman watched his young children cry as they struggled to breathe in the dry-season heat.

Outside the city where Budiman and his family lived in Sumatra, Indonesia’s largest island, stretched a landscape on fire. Ancient wetlands, drained to make way for oil palm and acacia pulpwood plantations, now burned out of control. A milky haze settled over the horizon, grounding flights, shuttering schools and businesses, and sickening thousands with respiratory illness.

“My kids are crying because they don’t feel comfortable, and it’s difficult to breathe,” recalls Budiman, Winrock International’s national program manager for Indonesia, where he works on a Winrock project to protect and restore these carbon-rich wetlands, known as peatlands. Above all, he decided, the peatland fires were essentially unfair: “Some big companies use the peatland for their own profit, but it impacts all the people, especially in Sumatra in the dry season.” (Budiman is pictured above, center, with Dr. Ari Lauren of the National Resources Institute Finland, left, and Winrock’s Mike Netzer.) 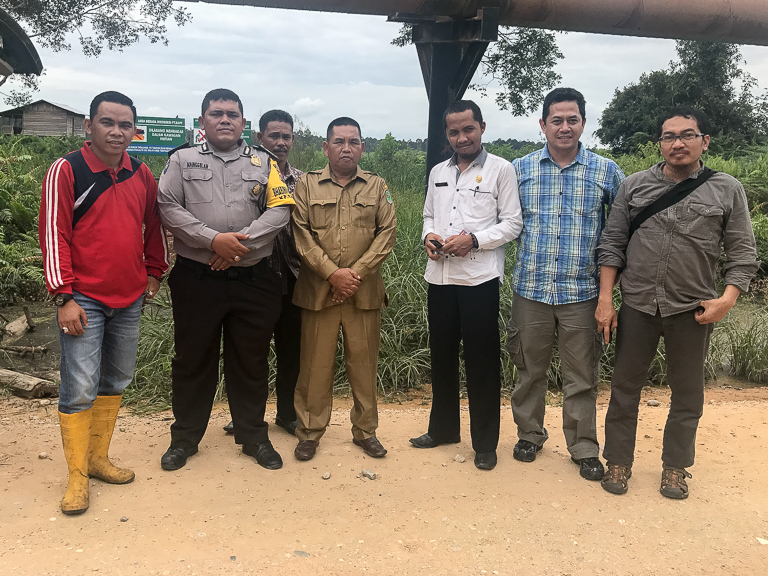 Peat is a thick layer of organic soil that forms over time from the accumulation of dead plants in watery conditions. Despite covering only three percent of the earth’s surface, peatlands store 30 percent of its soil carbon, according to the United Nations. Half of the world’s peatlands lie in Indonesia, where waterlogged peat soils have been drained for farmland since the 1980s.

The preferred method for clearing forests is burning, but because peatlands are saturated in water, they don’t burn naturally. That changes when canals are dug and the water is drained away. Emptied of water, the land sinks in a process called subsidence, increasing the risk of dangerous floods. Once set, peatland fires can easily burn out of control, particularly during the annual dry season. Because peatlands are often located in remote areas and have a spongy surface, they are difficult for emergency personnel to access by vehicle. And unlike a typical fire, peat fires can burn as far as four meters below the surface, so that a fire that is extinguished aboveground can smolder for days or weeks, reigniting aboveground with no warning. Peat fires release huge amounts of stored greenhouse gases, and the smoke that issues from them causes respiratory illness, closes schools and businesses, and grounds flights.

Budiman has been on the frontlines of efforts to combat deforestation since his career began in the mid-1990s. Born in Bandung, a city two hours east of the Indonesian capital of Jakarta, he holds a master’s degree in ecology studies. Beginning in 1994, he spent more than 15 years as a surveyor and geographic information system (GIS) specialist, documenting changes in forest cover and land use for organizations such as the World Wildlife Fund to combat the deforestation that threatens elephants, tigers and other rare species in Indonesia. Along the way he studied carbon accounting at the University of California, San Diego, where he learned to calculate emissions caused by deforestation and degradation from land-use changes. 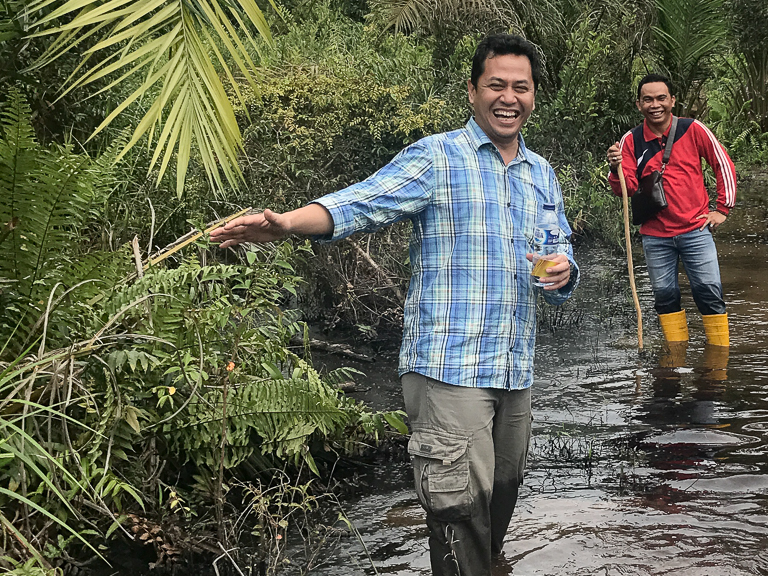 In 2010, a few years after his family’s traumatic experience with the peatland fires, Budiman’s work shifted to carbon accounting and measurement, reporting and verification (MRV). This shift coincided with increased urgency around peatland degradation. In 2015, massive fires in Indonesia burned nearly 2.6 million hectares of land — a total area larger than Maryland — about a third of them on peatlands. Over the course of three months, the resulting haze sickened half a million people, caused economic losses of $16 billion, and angered neighboring Singapore and Malaysia, which were blanketed in smoke. In the aftermath, the Indonesian government announced the creation of the Peatland Restoration Agency. The agency is tasked with restoring about two million hectares (or five million acres) of fire-ravaged peatland, the largest peatland restoration project in the world.

In 2019, the agency recognized Budiman’s efforts to combat peatland degradation with a certificate of contribution. Budiman contributed to the development of the methodology and analysis calculating the national reference level on peatland. This reference level will serve as the baseline against which the Peatland Restoration Agency’s progress in restoring and conserving peatland will be measured.

“This baseline will help us know the impact our intervention is making on emissions,” Budiman says. 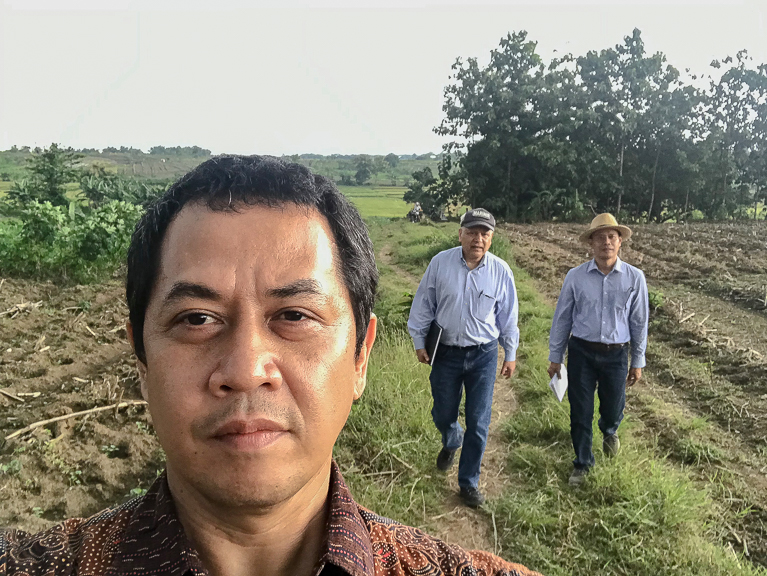 Budiman is working with Winrock to support the development of a “Green District” in Siak, an administrative division on the east coast of Sumatra with swaths of degraded peatland. This effort involves working with government and civil society organizations on policy; developing a real-time peatland hydrological monitoring system to reduce risks of fire and peatland loss; and working with communities to grow wetland-tolerant crops. The ultimate goal is to transform peatland and forest management, reducing greenhouse gas emissions, improving smallholder livelihoods and supporting sustainable land-use planning.

“Peatland is important, not only for endangered species like tigers and elephants, but for humans as well,” Budiman said. “So we need to protect this important ecosystem, and rehabilitate it to become natural again.”