How an innovative program to protect Vietnam’s forests benefits people, climate and industry

As a boy growing up on the outskirts of Vietnam’s Cat Tien National Park, Koren Gren spent his days surrounded by the natural world. Today, he still does. Gren is the leader of a group responsible for ensuring that a 30-hectare swath of trees remains healthy and intact. From Friday through Sunday each week, Gren leads a small team of villagers through narrow pathways in an area of the forest the Stieng people refer to as the Green Hills. As Gren and his fellow patrollers quietly traverse the Green Hills, they look for signs of illegal logging or animal poachers who set traps to snare birds or threaten the few elephants that still call the area home.

While in the forest, Gren and the team he leads wear camouflage uniforms and move with stealth. Their main tools are their eyes and ears, which are finely tuned after years of patrols. “We can sense the sounds made by infiltrators and distinguish them from those made by birds or blowing winds,” says Gren, as he sits on a rock, his camouflage jacket making him barely distinguishable from the green leaves that surround him. 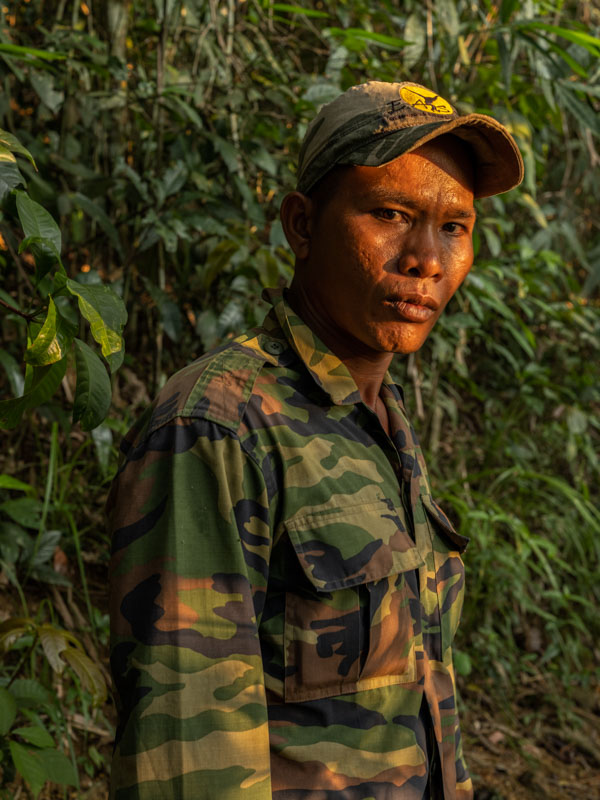 Koren Gren is paid for his forest protection work, an arrangement that promotes forest conservation and reduces poverty.

When Gren and his team encounter criminals, it’s their job to bring the violators to the nearby forest rangers’ office, where perpetrators are usually fined. Gren is serious about this work, and he grows animated when discussing its importance to Vietnam and the world as a whole. “If everyone can join hands to protect forests as the lungs of the earth, then we will all have fresh air,” he says.

As much as he cares about the forest, Gren wouldn’t be spending long days away from his family and crops if the work didn’t earn him income. But thanks to a program made possible by the USAID Forests and Deltas Program (VFD), implemented by Winrock International, every six months Gren receives five million Vietnamese dong [USD $213] for his forest protection work — an arrangement that promotes forest conservation and reduces poverty, especially among Vietnam’s poorest ethnic communities. Gren saved his earnings for almost three years in order to pay for the construction of the tidy cement house where he and his family live. Protecting the forest literally built his home.

While the specifics of Gren’s story are unique, hundreds of thousands of other rural Vietnamese also earn income by patrolling and protecting forests. That is because Vietnam is a pioneer in an innovative approach to conserving forests known as Payment for Forest Environmental Services, or PFES.

At its core, PFES recognizes the very real economic benefits that forests provide. Importantly, it also establishes a mechanism to quantify those benefits and then compensate people like Gren who ensure that forests remain sufficiently intact to actually deliver those benefits. In Vietnam, that translates into a decade-old national policy in which the owners and operators of hydropower plants pay the communities that safeguard the forests in the watersheds they rely on to reliably spin turbines and produce electricity.

“Those facilities are getting service from the forest. That service is reduced sedimentation and more consistent water flows through their facilities,” says Brian Bean, Chief of Party for VFD. “If those forests were cleared, there’d be a lot more runoff, there’d be falling timber that could clog up their operations, literally.” 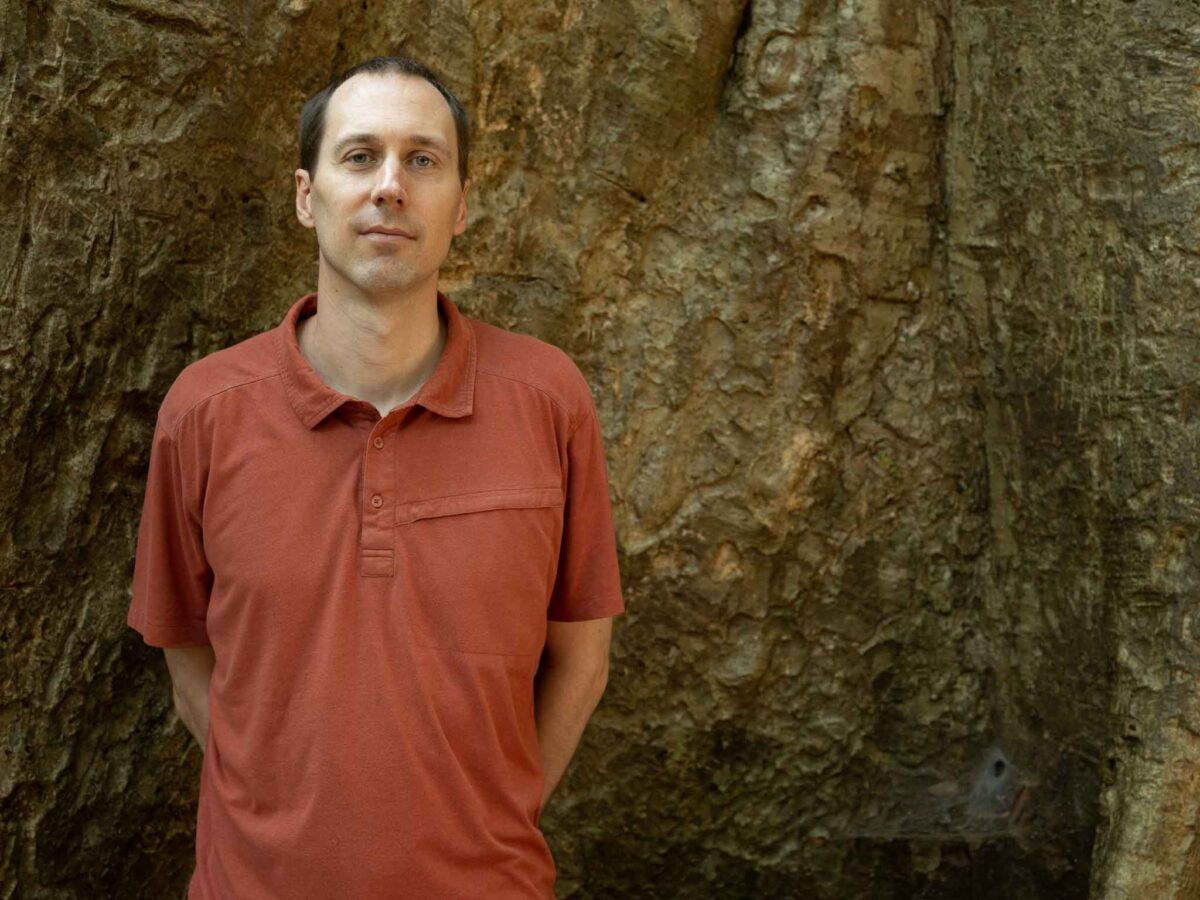 Brian Bean, Chief of Party for the USAID Forests and Deltas Program, implemented by Winrock International.

For the reduced operation costs that result from not having to dredge waterways, utilities pay a small fee for each kilowatt-hour they generate. PFES is now in operation in 44 of Vietnam’s 58 provinces. Since it was first piloted in 2006 with just 218 households in Lam Dong province, PFES has expanded to provide annual payments totaling over $130 million to over 500,000 households.

PFES payments are managed and distributed by individual provincial funds and they vary significantly depending on the size of the forests being protected. But for many households, the income can be transformative. “If they get $2,000 U.S. dollars per year that’s quite a significant impact for a rural household, and what they can invest in terms of their child’s education or different livestock investments and livelihood investments that can help them and their families,” says Bean.

Building on a legacy of forest conservation

Clearly, the other big beneficiaries of PFES are Vietnam’s forests. Since the central government transitioned PFES from a pilot project to national policy in 2010, the payments have helped support the management and conservation of nearly six million hectares of forest — about 44 percent of Vietnam’s total forested area.

In developing PFES, however, the Vietnamese government recognized that conservation that relied exclusively on central government edicts and budgets was unsustainable. A sagging economy in the mid-2000s forced government officials to acknowledge that they’d have to try a different approach. “Given the difficulties facing the Vietnamese economy at the time of this proposal, we needed to find a way to mobilize social resources for this task,” says Nguyen Huu Tuan Phu, a former government official who played a leading role in convincing the Vietnamese prime minister to back PFES. When Phu says mobilizing social resources, he means that the government alone couldn’t foot the whole bill for conservation.

“The country’s forestry, just like its economy, was centrally planned instead of market-based,” recalls Phu. “At that time, we were not really clear about how to mobilize resources, we were just certain that we needed to do so.”

Guidance about how to develop a policy that provided some relief to strained government budgets while maintaining and even strengthening conservation came from Winrock. Nguyen Chi Thanh, a former senior policy advisor for Winrock, introduced fellow Winrock staffer Jim Peters, who introduced the idea of PFES to Vietnamese officials. “I acted like a bridge between Winrock and the Vietnamese side in the building of this policy,” says Thanh. “Without Winrock, there would be no such thing as forest environment service policy in Vietnam.”

Vietnam’s devotion to maintaining its forests has achieved results. According to data from the World Bank, nearly 50 percent of Vietnam’s land area is forested. Government officials also aim to increase the scope of the country’s forests. Vietnam clearly understands the importance of forests in tackling climate change and is currently developing a carbon payment for forest environmental services (C-PFES) program. Forest conservation is also central to Vietnam’s efforts to achieve its emissions reduction targets under the Paris Climate Agreement. 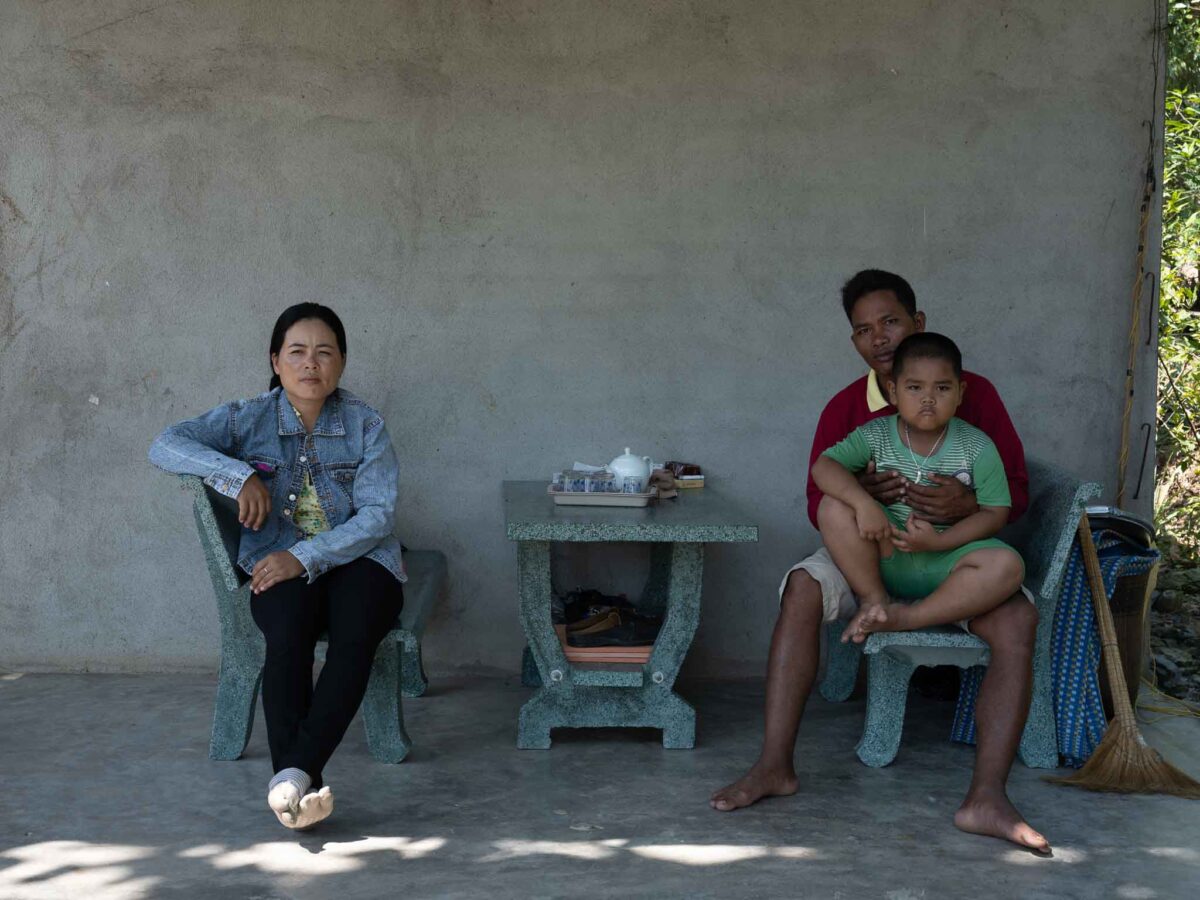 Koren Gren and his family sit in front of their home. Gren saved the earnings from his forest protection work for almost three years in order to pay for its construction

All of which makes Vietnam’s experience devising and implementing PFES especially illustrative as the world grapples with the role of forests in creating a more sustainable and economically equitable world. The unique circumstances of Vietnam are especially instructive because they demonstrate that forest conservation and economic development aren’t necessarily opposing forces.

A booming economy and healthy forests

According to the World Bank, Vietnam’s economic growth in 2018 was 7.1 percent, similar to annual GDP growth ever since economic reforms were initiated in the mid-1980s. It’s an economic expansion that has been driven by the emergence of an export economy and increased spending by a growing domestic middle class.

The flip side of this rapid development is worsening air and water pollution and, of course, the increased prevalence of severe weather related to climate change. While all of these environmental challenges demand fundamental and aggressive policy and structural changes, it’s notable that Vietnam’s forest cover has remained more or less intact.

Which helps explain why Vietnam is actively building on the success of PFES in order to maintain and even expand its forest area as economic growth continues and the country works to transition to a low-carbon economy. The pilot C-PFES activities establish a mechanism for charging cement producers and coal-fired power plants for their emissions and using that money to finance forest protection and reforestation. 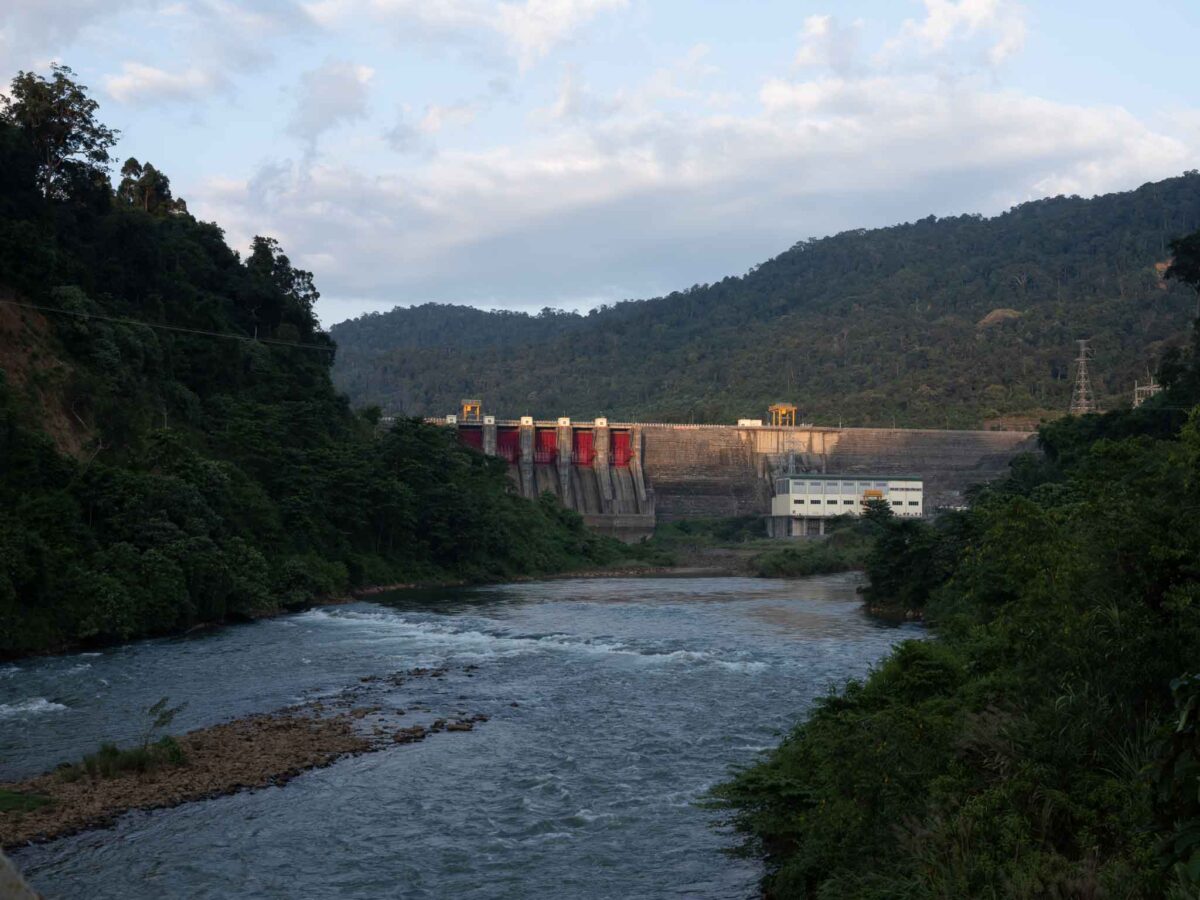 For the reduced operation costs that result from not having to dredge waterways, utilities pay a small fee for each kilowatt-hour they generate.

With plans to construct a total of 42 gigawatts of new coal power plants, it’s clear that forest conservation alone won’t be enough to offset all of Vietnam’s emissions. But what it does do is provide a model that can be used to expand how the country balances its own growth while still protecting its forests and other natural resources.

“PFES alone is not going to solve all forest protection issues. It’s not going to stop expansion of dams or coal-fired power plants,” says Winrock’s Bean, who has collaborated with the Vietnamese government on designing and piloting C-PFES. “The idea is this is a step towards trying to identify how different types of financing mechanisms can be used to protect the natural resources that are being impacted by a lot of the economic growth.”

What PFES illustrates is that for a policy to be effective, it has to include tangible financial benefits for the government, citizens and industry. Nguyen Ba Ngai, who was deputy director of Vietnam’s Forest Protection Development Fund between 2011 and 2018 is convinced PFES does just that. “The policy works, we apply [a] win-win. The first win is for the people who own forests, who can get some money from [forest] protection from PFES. That’s the first win,” says Ngai. “And the win to the government because investment is now not only from the state budget, the government budget, [because] PFES now contributes a very big contribution to the forest protection.”

Ultimately, for PFES and its offshoot policies to work in Vietnam and elsewhere, they’ll have to continue to make a difference in the lives of the people who protect forests. Koren Gren — and many others like him — are counting on it.