September 24, 2019 — Speaking from the main stage of the 2019 Concordia Summit in New York City, Winrock President and CEO Rodney Ferguson said that innovations such as the payment for forest environmental services program used in Winrock’s Vietnam Forests and Deltas project can help mitigate climate change and boost economic development around the world. Concordia is an annual gathering held during U.N. General Assembly week that brings together decision-makers and opinion-leaders from the public, private and nonprofit sectors.

Vietnam has a number of large hydropower facilities that generate electricity for the country. In Lam Dong province, Winrock started a conversation with government representatives and a hydropower company about how upstream agricultural expansion and deforestation would have a serious impact on the dam’s functioning and longevity. Working with the government, the hydropower company and the local population, Winrock developed a way for the company to pay forest owners to maintain forest cover, reducing siltation and ensuring a more predictable supply of water to the facility. 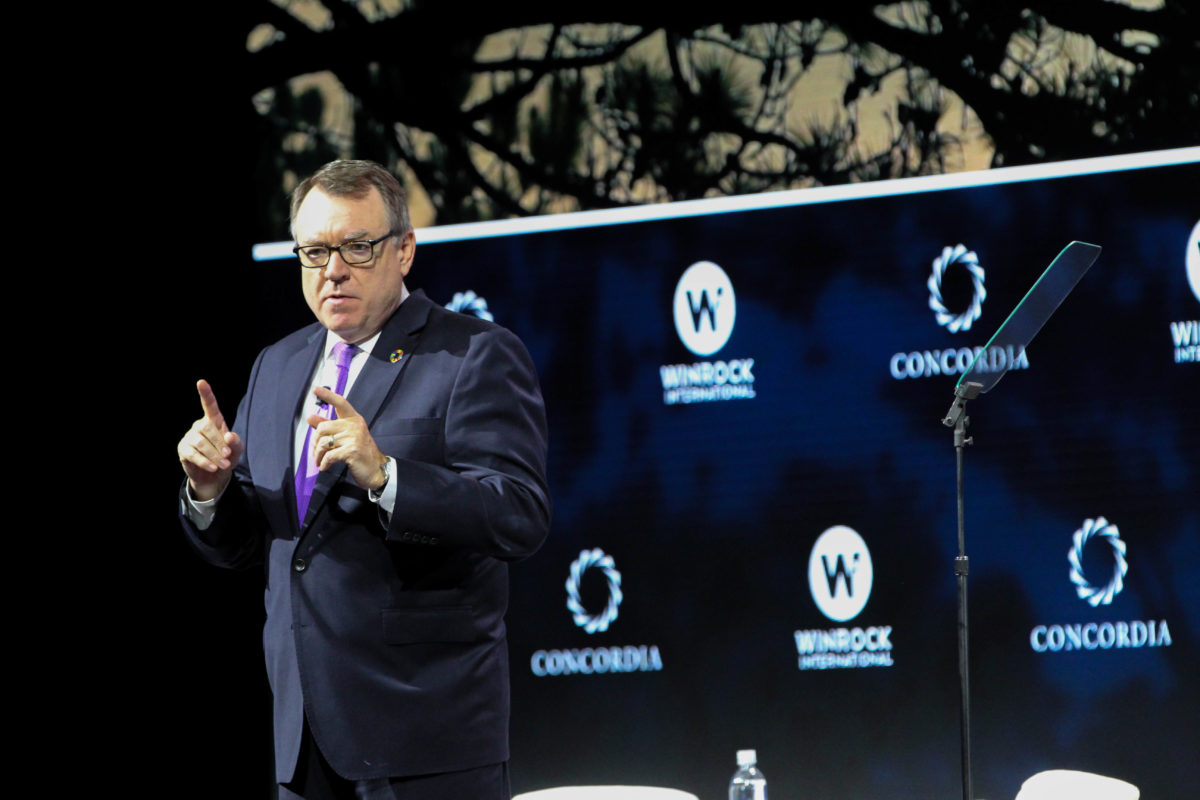 “We looked at how the beneficiaries downriver could pay for the preservation of the forest and limiting the agricultural development upstream,” Ferguson explained.  The overall result is the transfer of $400 million to 500,000 people in 44 provinces of Vietnam. “It’s been a remarkable success, and [the project] has been paid for by you, the U.S. taxpayer, through USAID, our partnership with USAID, and with the private sector players who enabled us to bring technology to help with this transfer of benefits.”

One of the ways the private sector and technology have been introduced is through a partnership with the Vietnamese telecom company Viettel. Winrock has been working with Viettel to provide digital payments to forest owners rather than transporting cash.

The payment for forest environmental services (PFES) approach requires that we look at forests differently, Ferguson said. “Forests around the world, we think of them as these pristine, bucolic areas to be preserved at all costs. … But most forests around the world are actually economic hives of activity and people make their living out of forests, not necessarily from harvesting the trees but in myriad ways.” 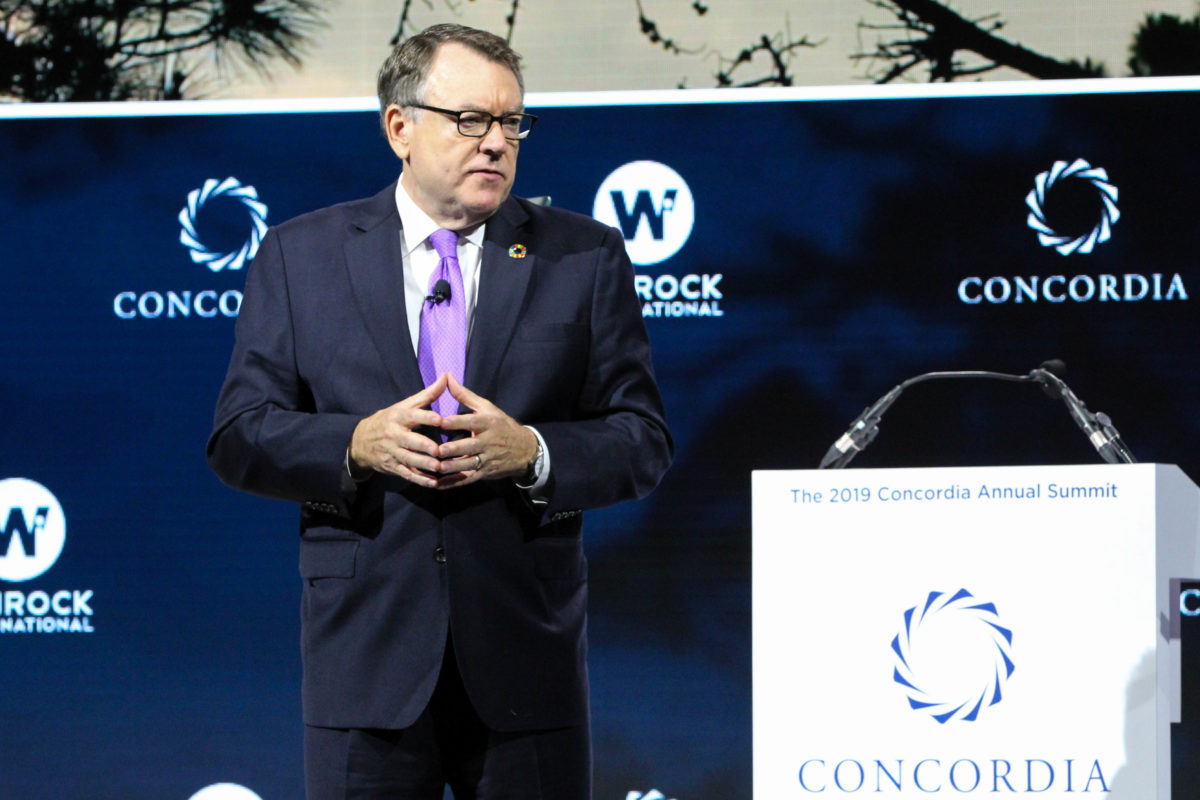 Looking at forests differently is one of the ways we must change moving forward. Another is refusing to think of the battle against climate change as a zero-sum game that will cost billions, Ferguson noted. “In fact, exactly the opposite will happen. Innovation is the American brand. Innovation is what’s built the most successful economy in the history of mankind, and innovation is what will help us transition to a new economy.”

There are many ways in which scientific innovations can control climate change and benefit economies, but they require an entrepreneurial spirit. Ferguson is optimistic that if we apply that spirit, “the dire calamitous scenarios will never come to pass … and we will have a safer, cleaner, healthier, more sustainable world for our children and our children’s children.”