At the Intersection of Business and Human Rights 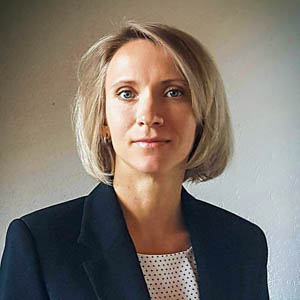 As we enter the holiday season, more and more consumers look for “kind” gifts, checking that the products are made sustainably and that no forced or child labor was involved in their production. This increased consumer scrutiny reflects an expanded awareness of the damage that some business practices may cause. Whether it is the environmental degradation and worker exploitation in the production of palm oil that is found in many confectionaries and cosmetic products, the destruction of ecosystems and livelihoods caused by mining for precious metals and minerals that are present in most electronics, or forced labor in popular holiday destinations, responsible business behaviors are now sought by consumers, investors and governments. But how is the business community responding?

Last month, I had a chance to join leaders from the private sector, academia and civil society at the seventh United Nations Business and Human Rights Forum in Geneva, Switzerland, and represent the voices of frontline organizations in the discussion of how business human rights due diligence can be improved through improved data collection, analysis and sharing between various sectors. The Forum reviewed the progress made against the UN Guiding Principles on Business and Human Rights that, together with the Interpretive Guide on the Corporate Responsibility to Respect Human Rights, represent a global standard of practice related to the identification and remedies for negative human rights impacts caused by businesses.

The caliber and commitment of companies at the event was inspiring. Represented corporations from the food and beverage, technology, fishing and hospitality sectors all seemed to have made strides in complying with the first two guiding principles: policy commitment and human rights due diligence. In particular, the companies have developed human rights strategies and are publicly sharing information on their efforts to combat human rights abuses in response to transparency regulations such as the U.K.’s Modern Slavery Act. In addition, the businesses have dedicated resources, staff or even departments to work on sustainability and human rights issues, signaling positive changes in their ability to contribute to the reduction of human rights violations. Finally, human rights due diligence is becoming a norm, at least at the first tier of suppliers, through audits, worker hotlines and other measures.

The role of investors in driving positive changes in corporate human rights performance was another notable topic discussed at the Forum. The guiding principles apply equally to investors, funds and insurers who should “know and show” their respect for human rights. There are positive developments in this direction: for instance, the European Union officially endorsed a stronger investor due diligence regime and the OECD guidance for institutional investors in November 2018. Initiatives like Sustainable Stock Exchanges build the capacity of stock exchanges and securities market regulators to promote responsible investment.

The Forum has also brought to light many gaps that remain in the implementation of principles. For example, while the majority of companies at the event reported having human rights policies in place, Corporate Human Rights Benchmark pointed out that only 19 percent of disclosure statements issued by companies to comply with the U.K.’s Modern Slavery Act meet minimum requirements. Participants from all sectors reported shortcomings in human rights due diligence. Third-party audits of suppliers have shown limited effectiveness as they provide a mere snapshot and often do not allow for uncovering of such invisible issues as forced labor. One example discussed involved the tragic fire at a textile factory in Karachi, Pakistan, that killed almost 300 people. It occurred just weeks after the factory had been certified by a respected Western organization as meeting SA8000 standards, meaning it had relevant safety procedures and equipment in place and complied with a list of other health and labor requirements.

The need for a bottom-up approach and improved “rightsholder” engagement was emphasized on several occasions, including through concerted effort by companies to build trust and continuously engage with workers and communities. A representative of a prominent mining company shared that he regretted having spent significant resources on lawyers and consultants to help identify and mitigate human rights risks. Instead, he said, the company would have been better off simply connecting with and listening to affected communities.

The progress in providing remedies to victims of human rights abuses has also been lagging. Operational grievance mechanisms have had mixed results due to power imbalances between workers and companies. In such mechanisms, companies often serve as investigators, judges and juries, preventing transparency and effective justice for the victims. The state grievance mechanisms have not always been effective in protecting the victims either, as local authorities often side with companies due to corruption or vested interest. While using other jurisdictions to file cases against offenders has been explored, it is an extremely costly and lengthy process and many victims simply do not have access to necessary support.

Despite thousands of participants, some industries at the Forum have been underrepresented or silent. No discussions were focused on agriculture, construction or public infrastructure sectors, all of which have been facing persistent human rights infringements. The topic of labor recruitment has also been largely omitted, despite its being an important factor in human rights abuses and a major challenge in most supply chains.

We at Winrock are grateful to be part of this ongoing dialogue and to work collaboratively with the private sector, communities and governments toward a future where everyone can enjoy their rights.