A Culture of Innovation at Winrock International

Winrock International was born on an Arkansas mountaintop — and now has 120 projects in 46 countries. Innovation is part of its DNA. After Winthrop Rockefeller’s death in 1973, trustees of his estate created the Winrock International Research and Training Center to further his wish that the farm be “venturesome and innovative” and provide tools to help people help themselves. And it’s done just that for more than 40 years.

“Innovation is an important part of our legacy,” says John Kadyszewski, a 27- year veteran of Winrock who oversees strategic initiatives. The Rockefeller Foundation recognized Winrock with an Innovation Kitchen grant in 2012, and the organization has had its own internal grants program rewarding staff who come up with creative programming ideas. A legacy of innovation continues to guide Winrock, and this past spring two major events have showcased this.

On June 9, Winrock announced that it is combining with the Innovation Hub, a Little Rock-based nonprofit that provides education and enterprise support — everything from job training to maker spaces with 3-D printers for budding entrepreneurs. And on May 25 and 26, Winrock, along with USAID’s Feed the Future Asia Innovative Farmer’s Activity, put on the Asia Regional Agricultural Innovation Summit in Bangkok, Thailand. While the two events took place in different parts of the world, they are linked by an emphasis on innovation. 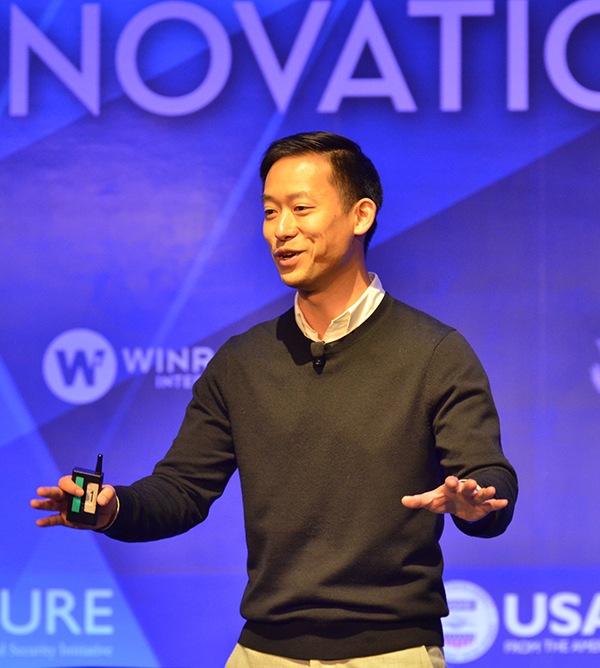 The Asian summit brought together social entrepreneurs, researchers, government experts, project designers, farmers, fishers and others to kick off a five-year initiative to develop technological solutions and regional partnerships for smallholder farmers in Bangladesh, Cambodia, Burma and Nepal. It featured not only experts from USAID, FAO and the like but also such innovators as Tri Nguyen of the Vietnamese-based MimosaTEK, creator of a precision irrigation system that uses sensors, smartphones and the Internet of Things (IoT), and Johan Van Asbrouck of Thailand’s Rhino Research, whose small drying beads absorb moisture from seeds and grains and help prevent storage loss. Michael Peng, co-founder and comanaging director of IDEO Japan, which has brought principles of design thinking into industries ranging from education to consumer electronics, delivered a keynote address on the importance of innovation and how design thinking can be used to tackle global challenges.

The Innovation Hub, founded and led by Warwick Sabin, Winrock’s senior director of U.S. programs, fosters entrepreneurship as a strategy for job creation and workforce development. The Hub supports startups such as a new patient care system that sends alerts to hospital staff based on a patient’s needs or a pillow topper that makes six hours of sleep feel like eight — both of which debuted at a recent HubX Lifesciences Demo Day.

Arkansas Gov. Asa Hutchinson (R), who spoke at the news conference announcing the organizational combination, said that “two of Arkansas’ most interesting and innovative nonprofits are coming together, and this has not only local, but national and international implications as well.”

Winrock has two traits that incline it toward innovation, says Kadyszewski. One is an emphasis on science and the other is a belief in market mechanisms. Combine the two, he says, “and you come up with things like human-centered design.”

Human-centered design is emphasized at the Innovation Hub and was also featured heavily at the summit, where experts noted that agricultural production can no longer be boosted by using more seeds or fertilizer, but will require an approach that applies technology solutions to the unique needs of the people who will use them. 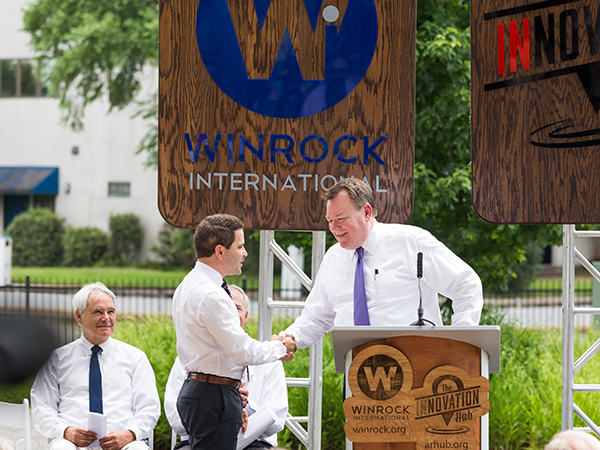 “People are just as smart, they work harder, they’re more threatened — but they don’t have access to the same infrastructure and tools that we have access to,” Kadyszewski says. “That’s what’s changing. There’s now much more access to innovative technologies that, with some support, enable communities to develop their own solutions.”

Ki Chong Tran, founder of ARC Hub, a Cambodian version of Arkansas’ Innovation Hub, called the summit “extremely valuable.” Tran, whose organization supports social entrepreneurs in Cambodia, added, “ARC Hub works to find practical ways in which fabrication technology such as 3-D printing can be applied in developing countries, so the event was fantastic for truly learning about the needs of farmers.” 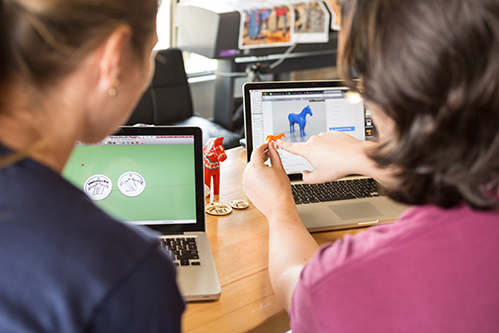 The Asian summit and Innovation Hub exemplify Winrock’s culture of innovation, says Christopher “Kiff” Gallagher, Winrock’s vice president of business development and external affairs, who co-designed the summit. “Workplace culture is the engine that drives innovation. In breaking silos, mixing ideas, people, and now organizations, we create possibilities and accomplish things together that we could never do alone.”

Says Winrock President and CEO Ferguson: “We have inherited a legacy of people who dream very big and accomplish enormous things. I’m very proud of Winrock’s spirit of innovation — and look forward to building on it in the years to come.”

This story originally appeared in the September 2016 issue of RockLinks, a newsletter about Rockefeller Family philanthropy.