“I decided to go to Malaysia because I was desperate,” says Chantrea Soun, a mother of four in the Kampong Cham province of Cambodia. Soun and her family were living with her aunt in a small village near a rubber plantation, just scraping by. Soun’s husband, Kiry (names have been changed), made a meager living working on a cashew farm; at night he caught rats the family could roast and eat to stave off hunger. When Soun heard she could make up to $300 a month working in a factory in Malaysia, she took the chance. Her stay in that country, harrowing though it was, ended before the pandemic. Many have not been so lucky.

COVID-19 has closed borders, reduced air travel and disrupted life around the globe. It has been especially difficult for migrants, those trapped far from home in countries where they can no longer work but cannot leave — or those recently returned to countries that can’t support them. 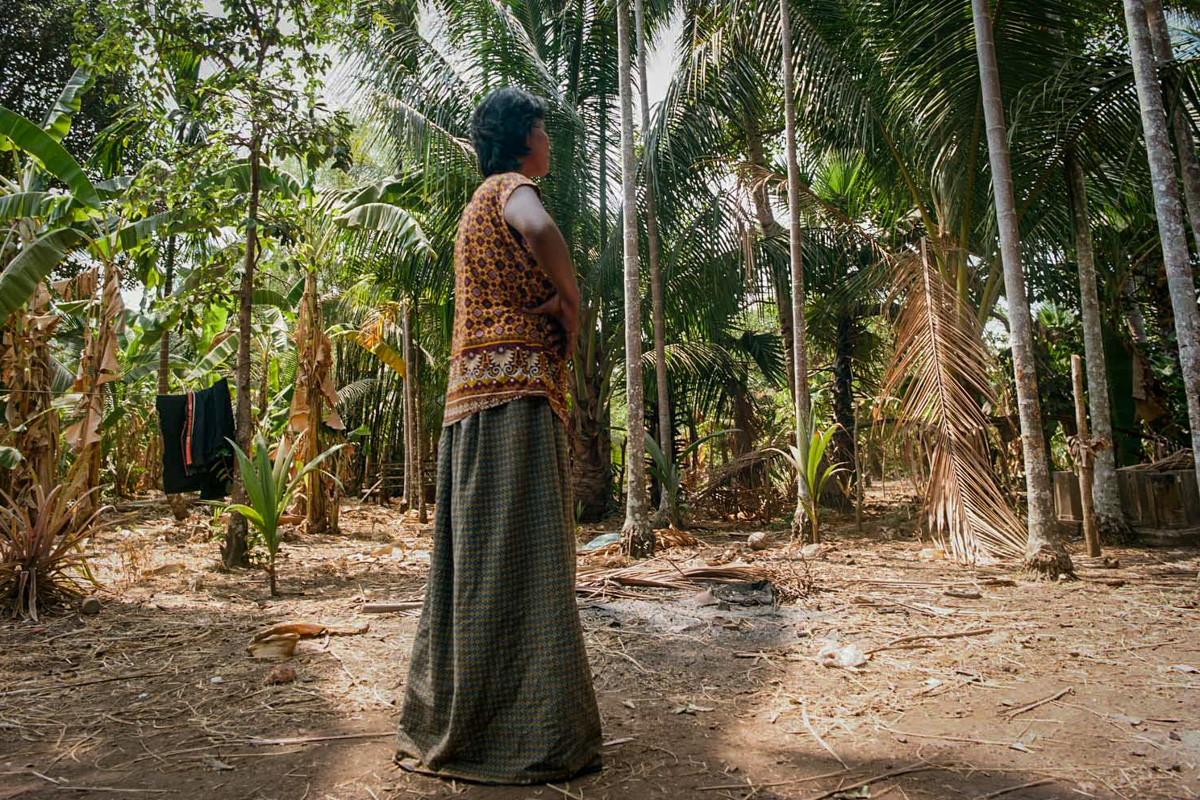 There are almost one billion migrants in the world today, according to the World Health Organization, and the disruption of work and movement caused by the pandemic is having a profound impact on them and those who depend upon them. “Due to Covid-19, many migrants — especially those originally from developing countries — have lost or are at risk of losing employment while having little if any safety net on which to rely,” writes Erol Yayboke of the Center for Strategic and International Studies. “As economic migrants lose income in the developed world, they will send less money and goods to the developing world.”

As the U.S. government’s largest implementer of counter-trafficking work, Winrock has made the safety and security of migrants a top priority. It has pivoted the work of ongoing projects to concentrate on ensuring that migrants have the food, shelter and sanitary supplies they need and on amplifying important public health messages to stop the spread of the novel coronavirus. And projects are actively reviewing long-term goals to see how they might shift as a result of the pandemic. 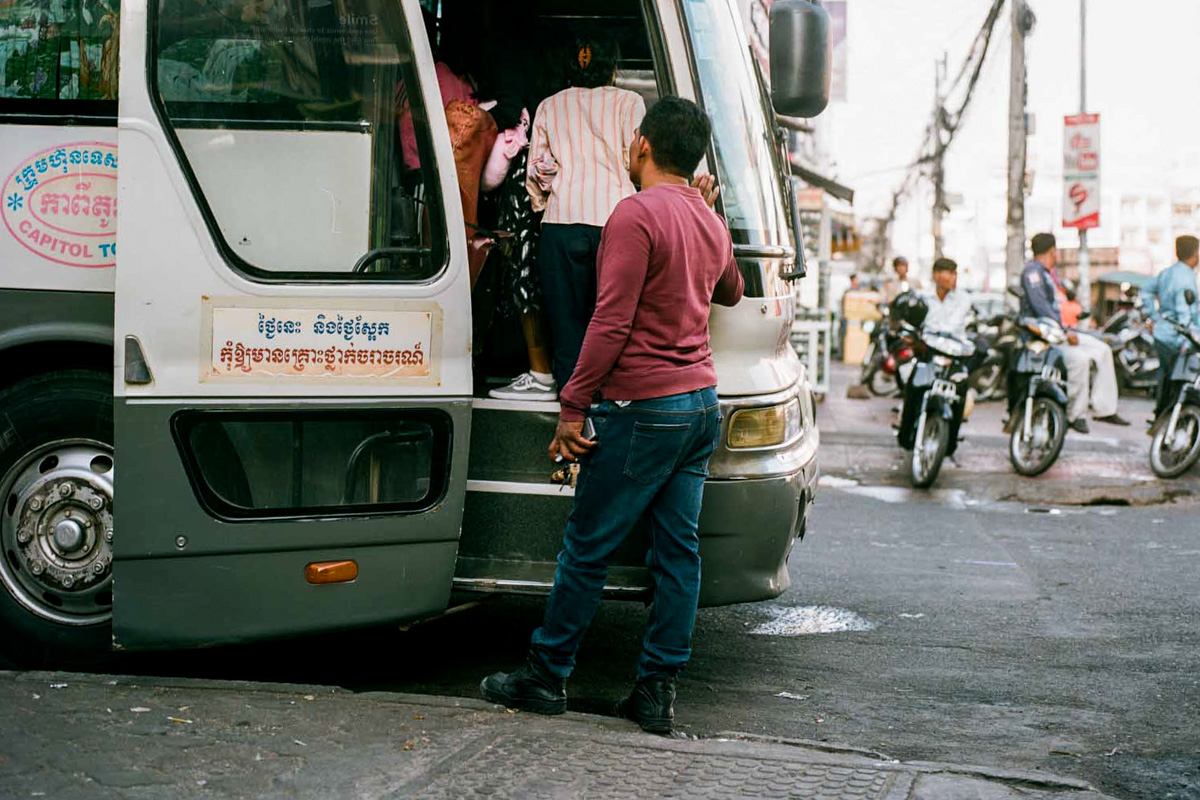 Boarding a bus in Phnom Penh. There are almost one billion migrants in the world today, and the disruption of work and movement caused by the pandemic is having a profound impact on them and their families. Photo: Misty Keasler

The USAID Asia Counter Trafficking in Persons Project, implemented by Winrock International, has instituted a series of COVID-19 rapid-response webinars for frontline organizations to share situational news and responses to the pandemic. At one recent webinar, Dr. Andika Ab. Wahab of the Institute of Malaysian and International Studies said that more than half of Malaysia’s estimated 5.5 million migrants are undocumented. Government subsidies designed to help employers retain employees through the health crisis don’t apply to migrant workers, which means that many have lost their jobs and can no longer send money home.

Migrants who serve as domestic workers in Malaysia, however, have been working longer hours because their employers aren’t leaving home — although 75 percent of these workers aren’t paid for the overtime, said Bariyah of the International Domestic Workers Federation, citing a survey of migrant domestic workers conducted in April. Malaysia has no policies in place to protect domestic workers.

Soun, for example, was lured to Malaysia with the promise that she would work in a factory. But when she arrived, her passport was confiscated, and she was placed in domestic service. “I woke up at 3 a.m., I cooked and cleaned, I did the wash, I watched the children and prepared the food … I ate noodles only, one pack for one day. It was difficult, but I told myself that I would do it so I could buy a piece of land.” Instead, Soun was paid nothing. Once back in Cambodia she had to borrow money for a bus ticket home. 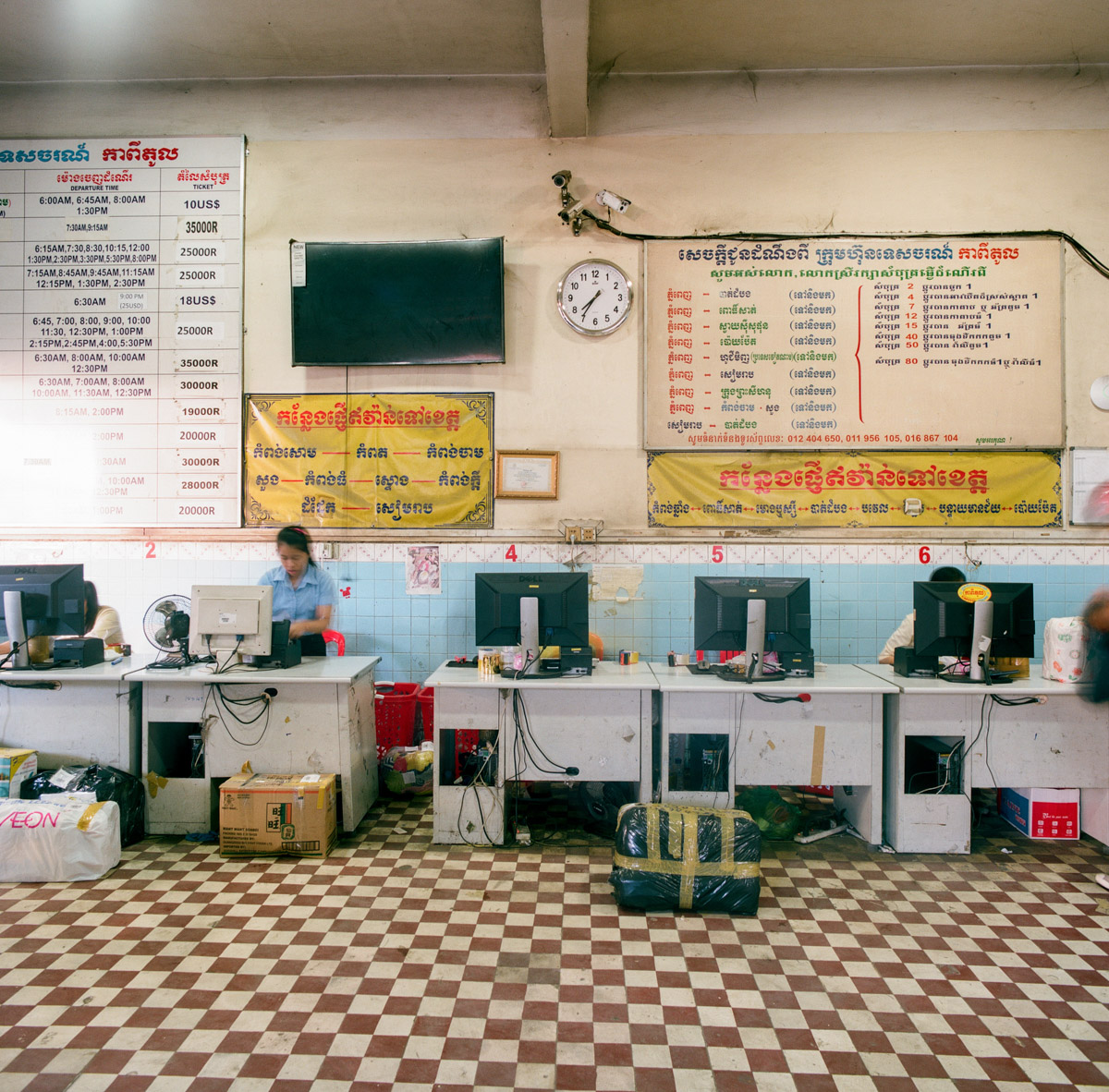 Migrant workers, many of whom are trafficked, as Soun was, are some of the most vulnerable people in the world under normal circumstances. They are even more susceptible in a world turned topsy-turvy by disease, quarantine and economic collapse.

These restrictions have built-in pitfalls for the migrant population. Speaking at an earlier webinar about migrants and social distancing requirements, Sokchar Mom, director of Legal Services for Children and Women, said, “How can they do that properly? Migrant workers often have only one room [per family].” Still, Winrock makes sure that prevention instructions get out, using its social media platform to promote COVID-19 safety messages to its roughly 300,000 followers, including Cambodian migrants. 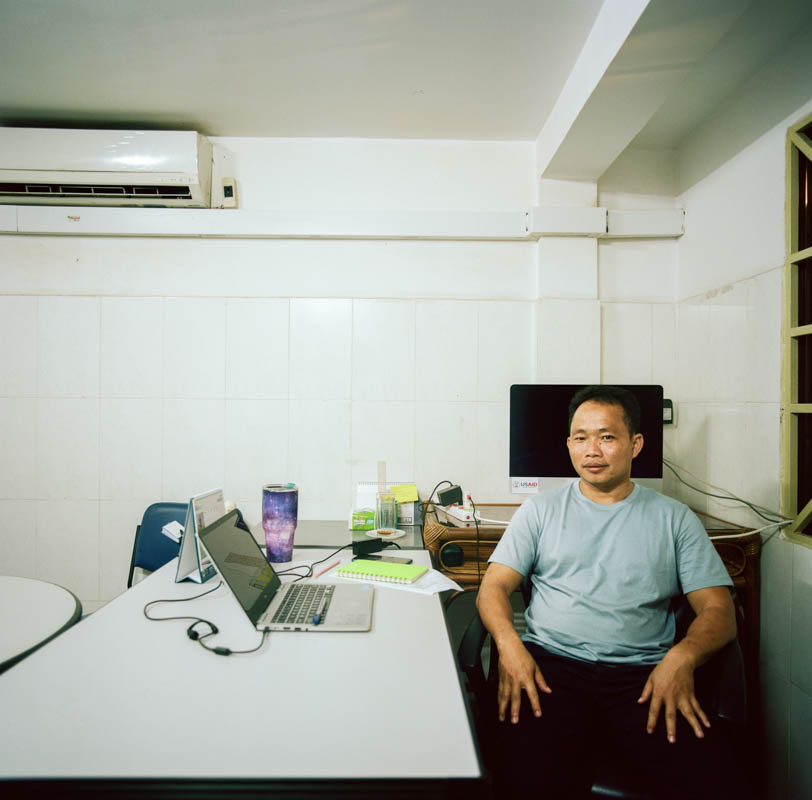 In Bangladesh, members of a trafficking survivor group have played a major role in identifying trafficking victims in need of livelihood support, and one trafficking survivor who changed his life by starting an electronics shop has supported 14 trafficking survivors and their families with food and hygiene items during the pandemic. The Bangladesh Counter Trafficking in Persons Project, together with partner organizations, has distributed more than 100,000 packages of COVID-19 educational materials, and the project has coordinated with local counter-trafficking committees to identify survivors living in remote rural villages so they can receive relief packages from the government.

The USAID Thailand Counter Trafficking in Persons (Thailand CTIP) project, a Winrock-implemented project that works with vulnerable migrants in the agriculture, construction and fishing sectors, had already produced a toolkit geared toward organizations and agencies serving migrant workers and victims of trafficking. In response to the pandemic it is expanding the toolkit and adding a section of information on COVID-19 just for migrants, focusing on the need for knowledge in the face of the disease. The toolkit will eventually include a variety of videos on COVID-19 messaging including health, changes in policy, discrimination and resilience. The toolkit will be pushed out by community leaders.

Thailand CTIP is also starting to roll out public health messages via Line, a messaging application popular in Thailand. These will provide “a living platform where migrants can ask questions and receive responses,” says Meghan McBain, Thailand CTIP’s chief of party. The Line messages will provide public health safety guidelines, government measures, nearest hospitals and social service providers in Khmer, Lao and Burmese, the languages of populations with significant migrant populations in Thailand.

Meanwhile, in Kazakhstan, the Kyrgyz Republic, Tajikistan, Turkmenistan and Uzbekistan, the Safe Migration in Central Asia (SMICA) project, funded by USAID, will deliver informational resources, referrals to essential services, alternative livelihoods support, and skills training to help migrants and to protect their rights through access to legal and psychological support.

In addition to serving immediate needs, Winrock is also looking at the longer-term enablers of safe migration. Along with ELEVATE and Diginex, and funded by the Global Fund to End Modern Slavery (GFEMS)  and U.K. aid from the U.K. government, Winrock is developing a technology platform to aid in ethical recruitment and migration. This system will bring new levels of transparency and accountability to the recruitment process. The project is in the initial stages, but the consortium expects to begin piloting the technology early next year in Bangladesh. Winrock has held initial discussions with prospective migrants, returned migrants and recruitment sub agents to help inform the platform design.

As the world begins to recover from the pandemic and shifts into a new normal, Winrock is coming up with new ideas about safe migration. An ideas team facilitated by Senior Adviser William Sparks has looked at everything from shifted supply chains to new technologies as it appraised the return of migrants and their impact on the economy in Nepal, Bangladesh and other countries. This kind of work is part of the second wave of response, one that will mark Winrock’s work for months and perhaps years to come.

As for Soun, her life has improved since she returned from Malaysia. The motorcycle she’s received through Cambodia CTIP allows her to sell vegetables to neighbors and earn a small income to better feed her family. She and Kiry can’t yet afford to buy land, but they are working toward that goal. When asked how she feels about her trafficking ordeal, Soun’s answer is simple: “My feeling is that I don’t want to leave anymore.”