Promoting Sustainable Aquaculture in the Philippines 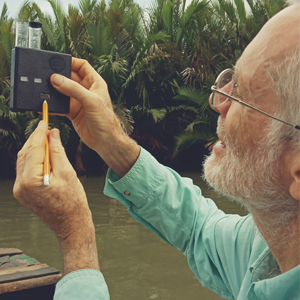 I recently returned from the Philippines, where I was asked to assess and advise on water quality conditions in two areas of the Caraga region of Mindanao where Winrock’s Philippines Cold Chain project, funded by the U.S. Department of Agriculture, is helping farmers and fisherfolk.

These areas have adopted their own distinct technologies for cultivating milkfish, an important seafood staple in Southeast Asia. The first area, near the mouth of the Agusan River, was along a densely populated tidal backwater within Butuan City. The area has been a major population center for more than 400 years, and over the past 10 years the crowded cage farming of milkfish has resulted in the accumulation of anoxic sediment. The second was in an area with excellent environmental conditions, designated for aquaculture development, in offshore waters near Barobo, in Surigao del Sur, with less than half the population density of Butuan City.

In Butuan I worked with two fish producer associations and city officials on ways to improve water quality in their area: to reduce organic loading by enforcing lower stocking densities in cages and to identify (and eventually redirect) nutrient-loaded effluents from both municipal and agricultural sources. Practical solutions seem straightforward, but social and political constraints appear more problematic.

In Surigao del Sur I urged fisherfolk organizations to influence local government policies and limit future entries to the aquaculture industry. I suggested they take heed of aquaculture ecosystems that were managed unsustainably, such as Laguna de Bay and Lake Taal, near Manila. 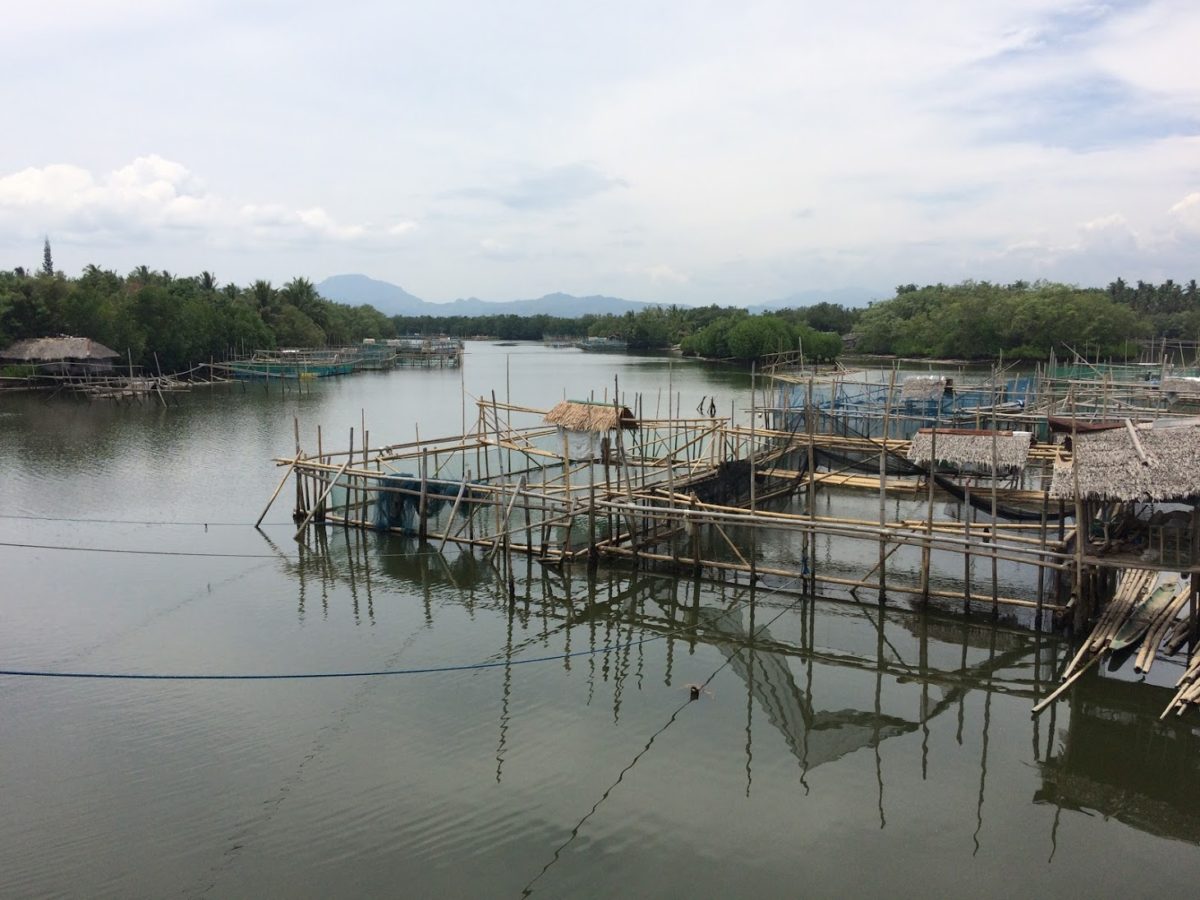 Offshore aquaculture production doesn’t have to result in environmental deterioration if appropriate limits are established early and implemented equitably as, for example, around Bolinao in Pangasinan, and Ago Bay in Japan. Milkfish production in the Barobo aquaculture park is highly sustainable, for example, because farming operations are sufficiently dispersed and water currents are sufficient to carry organic wastes away from sensitive mangrove ecosystems.

Many cage operators I met in Agusan and Surigao were first-generation fish farmers. When I reflect on the broader scheme of things, it is clear that aquaculture is well-established and thriving in the Philippines, steadily keeping pace with declining capture fisheries — and the specific technologies that prove sustainable in the long term are those that avoid ecological disruption and do not destroy mangrove and other essential habitat.

Dr. Hugh Thomforde earned his Ph.D. in fisheries management from Auburn University and was an aquaculture extension specialist for 17 years at the University of Arkansas. This was his 13th volunteer assignment for Winrock.  He writes, “I lived and worked in the Philippines 30 years ago. Filipino culture includes a strong sense of decorum and respect for elders. During this visit, despite my gray hair, I was still called Joe on the street. (Hi Joe! Where are you going, Joe? My friend! Kain tayo! Mane udto! or Come drink with me, Joe!) And I know, from past years, this comes mainly from Filipinos with less knowledge of foreigners. I reflect, after all, that it might date back to interactions with U.S. soldiers during World War II. It reminds me of the reason the biological father of my three adopted Filipino children was legally named Boy Pavia, and one of my Filipino nieces was christened Baby Neri.” 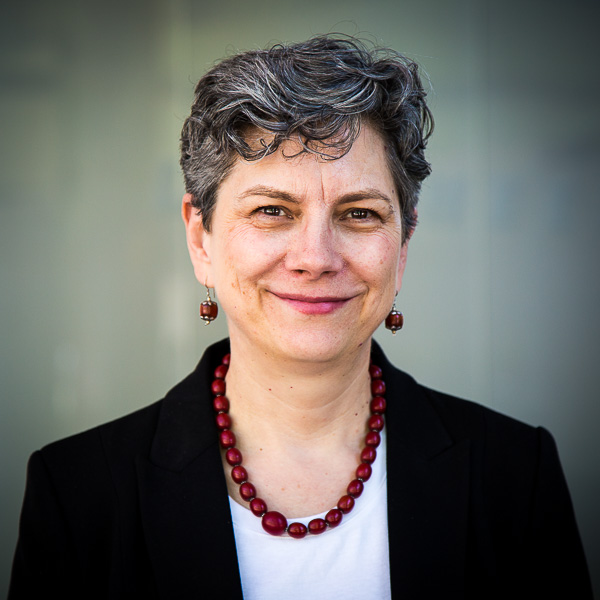 “Do your husbands object to your attending class?”

“With a show of hands, how many of you are now earning money?”

Nearly everyone in class raises her hand.

The women of Baika Beel are participating in one of USAID Bangladesh’s Climate Resilient Ecosystem and Livelihoods (CREL) project’s financial entrepreneurship and literacy courses. CREL livelihood classes taught fishing families and others basic literacy, numeracy and business skills — and also helped them see the importance of conserving local wetlands and forests.

These women and their families depend on seasonally flooded wetlands for their livelihoods and subsistence. The fresh water wetlands known as beels and haors are ecologically important and serve as a critical source of food, especially fish, for thousands of families.  Fish are an important source of protein and micronutrients, and overfishing has made the fish scare and deprived fishing families of an important source of dietary protein. Fish are also important for local birds and for migratory birds such as the Siberian crane, which feeds in beels and haors as it travels to and from Siberia.

Winrock’s CREL project (2012-2018) worked with the government, people and local NGOs to improve the conservation of ecologically significant areas such as Baika Beel by improving policy, strengthening local governance of resources through co-management, improving the environment and providing alternative livelihoods for users. 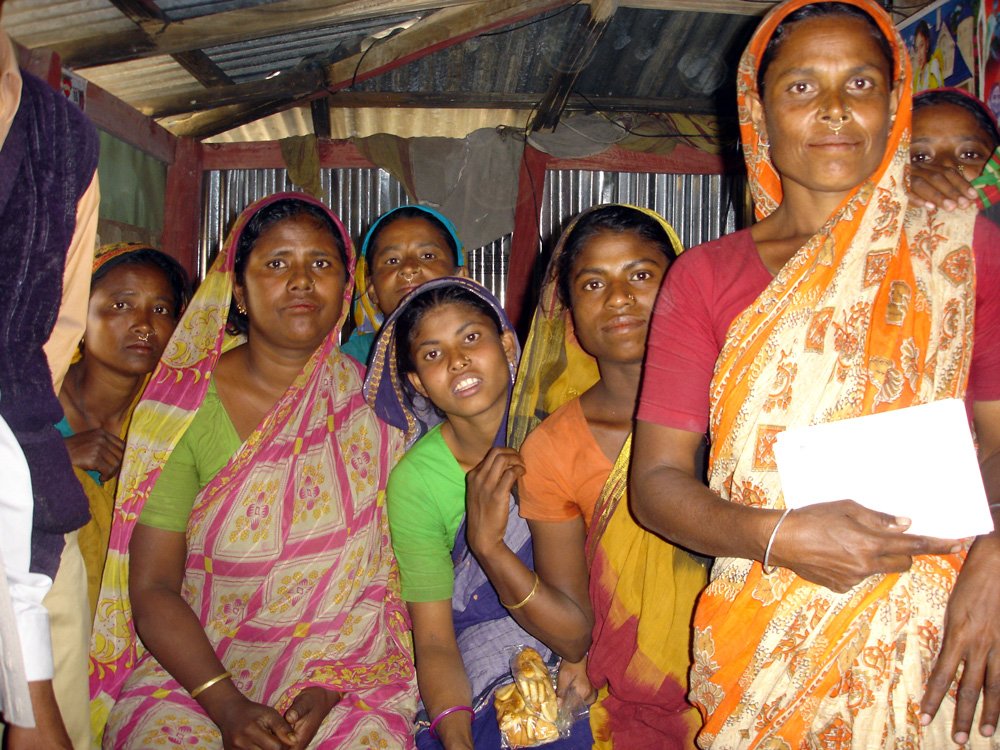 The project built on Winrock’s groundbreaking work with the Management of  Aquatic Ecosystems through Community Husbandry (MACH) project, which ran from 1998-2007 and pioneered the co-management approach of engaging local people with the government to manage resources, including restricting the use of wetlands. Some areas become sanctuaries where fishing is prohibited while other areas may be closed for limited periods when fish are breeding and maturing. Restricting access is important to allow fish populations to recover after years of overfishing, but when the resource is closed off for fishing, poor and marginalized communities are negatively affected. MACH initiated alternative livelihoods programs so that women and men could still earn money when their access to fishing was limited or closed off.

CREL built on MACH’s work and used a market-driven strategy to identify key livelihoods appropriate for the communities. Starting with a market study, the staff identified markets for goods and services suitable for people to produce in specific locations. We found that people with small plots of land could produce high value agriculture including horticulture products like vegetables or fruit or livestock such as poultry. CREL provided training on how to access markets and raise crops. The project also trained local service providers to be lead farmers who learned more about how to troubleshoot problems and provide linkages between beneficiaries, markets and agrovets (stores that supply seeds, fertilizer, expertise and sometimes financing to maximize what farmers grow). For people without land,  CREL identified other income opportunities, such as ecotourism and home-based handicrafts such as those created by Winrock partner Pebble Child, which trained women  to crochet toys that are sold in the United Kingdom and the U.S.  In addition to agriculture, CREL staff provided livelihood training — how to establish plant nurseries, crochet prayer caps and produce other handicrafts, as well as ecotourism and service sector jobs. CREL also helped establish savings and loan groups to help women save money and access credit.

Recognizing that many of the disadvantaged lacked education, CREL introduced the six-month financial entrepreneurship and literacy course.  Overall, 8,055 women graduated from the class, which not only helped them earn income but also increased empowerment by 60 percent (as measured by an index). From this activity, 72,000 households increased their incomes by 42 percent on average as compared to what they earned before CREL’s launch. This affected more than 362,400 people. 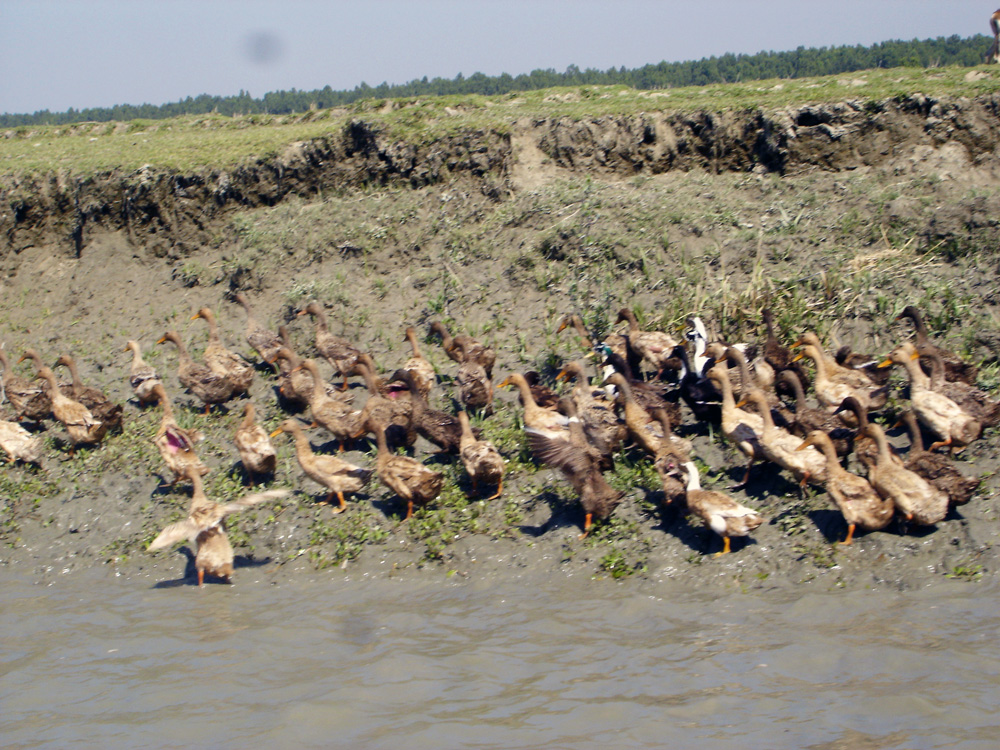 CREL’s approach helped restore and make fisheries economically viable and improved the environment.  For example, surveys found a small increase in already high (restored) fish catches in Hail Haor (in which Baika Beel resides) valued at 14.5 million taka (approximately U.S. $170,000) per year more than the baseline. The 62-percent increase in catches in Hakaluki Haor over three years showed an incremental return of almost 2,000 tons a year valued at over 200 million taka (almost U.S. $2.5 million) per year.

A survey of birds, another indicator of restored ecosystems, showed that Baikka Beel continued to host high numbers and diversity of species, including the endangered Pallas’s Fish Eagle and eight other  globally threatened species.

In short, the women in Baika Beel have skills and are raising food to sell and eat. Their landscape and resources are improved — and protected for future generations. 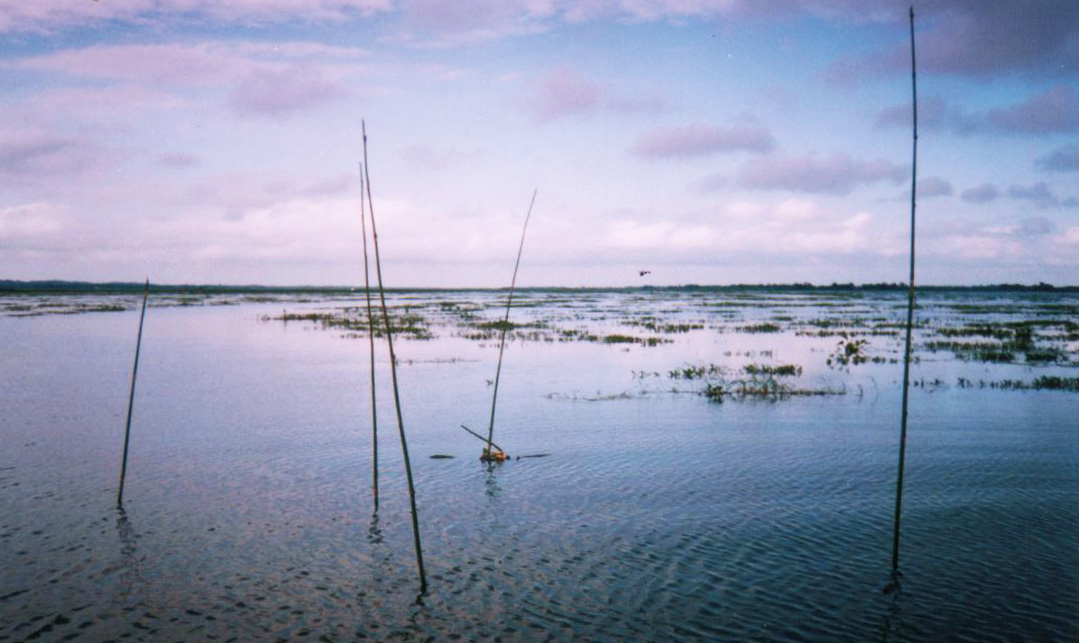